There is still hope for puppetry art

As of last year, only 12 artistes could do puppetry in Kenya 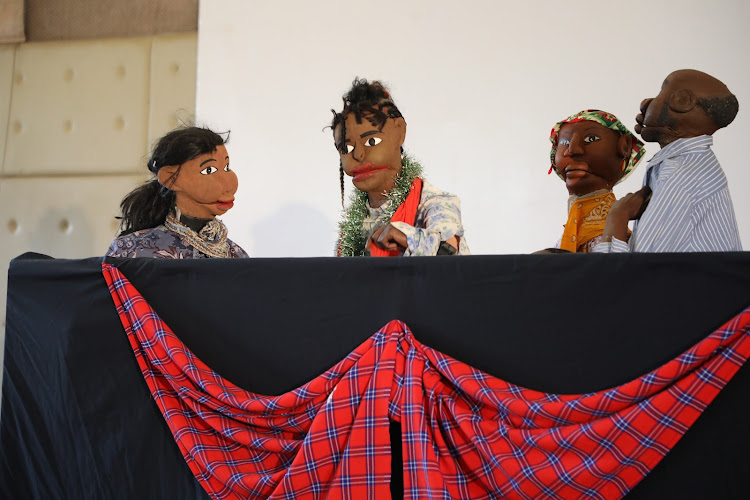 If you are invested in local TV entertainment, then you will most definitely relate puppetry to the famous XYZ show.

The show, which aired on Sundays, used puppetry to communicate political satire.

I always loved how they addressed current political issues, and the mimicking was almost always on point.

At an electoral integrity forum I recently attended in Nairobi, a team from the Kenya Institute of Puppet Theatre was staging a performance.

The storyline was based on election of an MP in an area known as Mtaa wa Saba.

The show was basically a replica of the normal political season we experience in Kenya: campaigns, party primaries, election day activities, tallying and announcing of results and finally, the declaration of a winner, which is now normally followed by a petition presented before a court of law.

The poll candidates that stood out were a popular gentleman referred to as Mheshimiwa Chupa and the first woman to contest for the seat, Dada Maendeleo.

The two-part performance showed us how the two candidates did their campaigns, promises they made to the locals up till the day of elections.

Dada Maendeleo lost to Mheshimiwa Chupa simply because the community was not ready for a woman leader.

As soon as he assumed office, Mheshimiwa Chupa was now being held accountable because he failed to fulfil what he said he would do for his community through his manifesto.

The locals regretted not voting in Dada Maendeleo. It was too late now but they decided that they must remove Mheshimiwa Chupa from power.

The whole performance had a very strong message and at the same time was very entertaining.

Not so many artists are invested in this type of performing arts.

Tony Mboyo, also referred to as “Kasmall” in the acting space, is the artistic director at the Kenya Institute of Puppet Theatre.

KIPT is a dynamic organisation that was started by individuals interested in the art of puppetry.

Located on Chaka Road in Milimani, Nairobi, KIPT, which is the mother organisation, has a puppet hub that includes puppet 254 and crystal puppeteers, which is a team of two young men who work internationally.

Most of their activities are at community level, whereby they work in informal settlements in Nairobi, such as Kibera, Mukuru kwa Njenga and Mathare.

KIPT use puppetry to educate people about their rights and responsibilities as well as involving the youth in solving societal issues.

“As a pioneer, I started off with another organisation known as Chaps (Community Health and Awareness Puppeteers) in 1998, but I was trained in 1995,” Mboyo said.

Chaps evolved to what is now referred to as KIPT to incorporate more programmes.

“KIPT started gaining ground as an institute around 2008,” he said.

As of last year, there were only 12 artistes who could do puppetry art, but KIPT has been trying to change that.

“About 14 years ago, we had a lot of puppeteers because there was a lot of funding for such artistes,” Mboyo said.

“We had trained over 400 puppeteers in the country, but the decline in funding has resulted in a decline of artistes in the world of puppetry art.”

He said many artists dropped puppetry to go venture into other fields, but they have been trying to revive the industry while making use of a lot of resources at their disposal.

“The government needs to recognise puppetry as an actively working art form in Kenya,” Mboyo said.

“We are registered in the Department of Culture under the Ministry of Sports, Culture and Heritage, but you will not hear them mentioning puppetry in their policies.”

Post a comment
WATCH: The latest videos from the Star
by MELINDA KIRWA
Entertainment
10 September 2022 - 04:00
Read The E-Paper