Hoping for a future of constant peace

• If there is anyone we should get mad at, it is politicians, not our neighbours 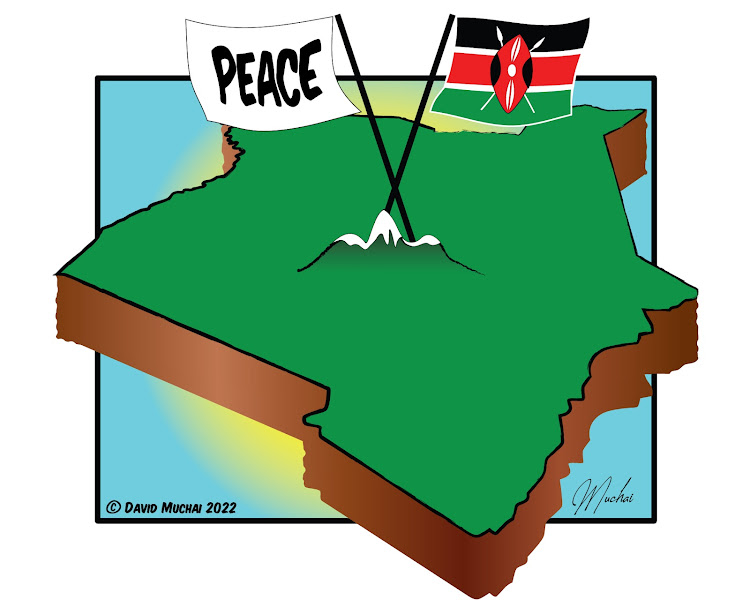 I’m glad to report that Jiji Ndogo is peaceful after the elections, though I really don’t have comparison history since I wasn’t here the last round our ousted incumbent Ponda Mali got into office for the umpteenth time.

I was, however, made aware, in advance, of a potential hotspot in our village. One household in which the spouses are vehement supporters of rival political factions.

During past elections, so I hear, the couple has had to separate right before voting and for a period thereafter, only reconciling once things have cooled down.

Maybe my warning that I was the new sheriff in town and I wasn’t ready to entertain such nonsense worked. But I doubt it, since after my proclamation, they both chased me with pangas out of their compound. I guess there is unity in resentment.

This got me thinking…

What if we could live in a country where people didn’t get anxious every five years? A country where neighbours did not turn on one another based solely on their political beliefs?

There are so many good reasons to be mad at your neighbour. Here’s one: neighbours borrow stuff and never return. In my mabati house, I’ve heard my neighbours arguing about their relationship. I’m there, minding my own business, with the telly turned low because they’re more entertaining than the telenovela, when I hear them mention my name.

“At least kwake hunuka nyama once in a while,” retorts the wife.

Also, it’s annoying when they make up and get it on, shaking the whole plot as if they’re two elephants duking it out. Especially now since my live-in girlfriend Sgt Sophia has me on a dry spell until I take cows to Inspector Tembo.

Sometimes I walk out and shout, “I’ll arrest everyone who doesn’t take proper care of their trash.”

“There is no law against that,” a neighbour would complain.

“It’s right there in the Constitution. Chapter 3, sub-clause 16, sub-section 3.”

When you have a gun on your hip, any nonsense sounds menacing, and to my point, I think it gives my neighbours reasons to dislike me. As it should be.

But I get it. Politics is a passionate topic, and we usually have the need to get mad at someone. I say we get mad. I say we go berserk. But not at our neighbours and friends.

Let’s be mad at our lousy politicians. Let’s be mad for all the lies they tell, for all the promises they never keep. For getting elected, buying Prados and disappearing to the city. For all the public funds they divert to their mipangos and other endeavours we never get invited to.

Let’s get so mad at them that we vote them out of office and instal new mouths to gobble our public coffers. Then let’s get mad at them, too, and keep going until someone realises we are the boss.

Jiji Ndogo is calm after the elections, and so is most of the country. My hope is that, in future, I will never make such a statement again. That no one will have to congratulate my country for maintaining peace during any particular period. That I will never have to read an article that concludes with a reference to post-election violence in 2007.

That when someone mentions 2007, all that comes to mind is Jua Cali’s song Kwaheri, featuring Sanaipei Tande, which (according to me) was the best song of that year.