The authorities did not take any action because Rock declined to press charges.

• During the live Oscars telecast, Smith strode up to the stage after Rock made a joke about the appearance of Smith's wife, then smacked the comedian's face.

• Smith apologized to Rock, producers and viewers in a statement on Monday, saying he had "reacted emotionally". 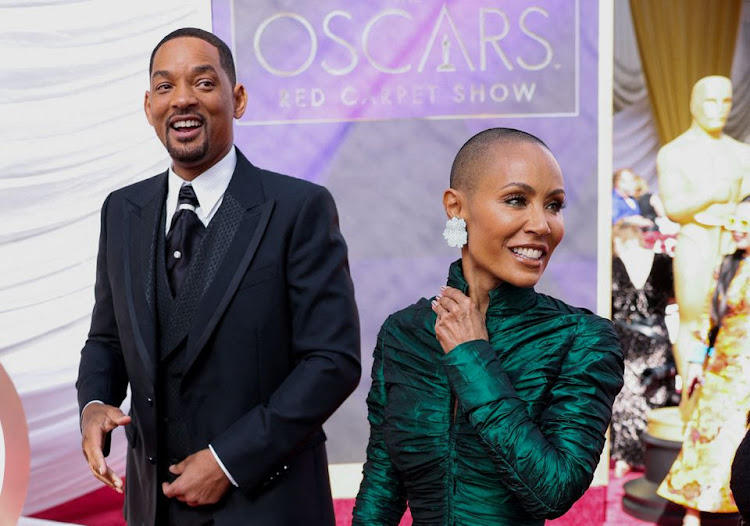 Will Smith and Jada Pinkett Smith pose on the red carpet during the Oscars arrivals at the 94th Academy Awards in Hollywood, Los Angeles, California, U.S., March 27, 2022.
Image: REUTERS/Mike Blake

Los Angeles police were on-site and ready to arrest actor Will Smith at the Academy Awards on Sunday for slapping presenter Chris Rock, the producer of the Hollywood ceremony said on Thursday.

The authorities did not take any action because Rock declined to press charges, producer Will Packer said, echoing what a police spokesperson said on Sunday.

"They were saying, you know, this is battery, was a word they used at that moment," Packer said in excerpts from an interview that will air Friday on ABC's "Good Morning America."

"They said, we will go get him. We are prepared. We're prepared to get him right now," Packer added.

During the live Oscars telecast, Smith strode up to the stage after Rock made a joke about the appearance of Smith's wife, then smacked the comedian's face.

Less than an hour later, Smith gave a tearful speech on stage as he accepted the best actor trophy for his role in "King Richard."

Behind the scenes, police were discussing options with Rock, Packer said.

Rock "was being very dismissive of those options. He was like, 'No, no, no, I'm fine.' And even to the point where I said, 'Rock, let them finish,'" Packer added.

Representatives for Rock did not immediately respond to a request for comment.

Smith apologized to Rock, producers and viewers in a statement on Monday, saying he had "reacted emotionally".

Rock's joke about Smith's wife, Jada Pinkett Smith, made a reference to the 1997 film "G.I. Jane" in which actress Demi Moore shaved her head. It was unclear whether Rock was aware that Jada Pinkett Smith has a condition that causes hair loss.

A police spokesman said Sunday night that the individual involved in the incident had declined to press charges, but did not provide details about the interactions at the awards show.

It comes as the Oscars organisers revealed that Smith was asked to leave after hitting Rock but refused.
Sasa
10 months ago

Will Smith apologises to Chris Rock after Oscars slap

It comes after the Oscars film academy condemned Smith over the incident.
News
10 months ago
Post a comment
WATCH: The latest videos from the Star
by REUTERS Reuters
Entertainment
01 April 2022 - 11:03
Read The E-Paper