Fantasies and the death of romance

• Every time Makini gets near the 'forbidden fruit', the world conspires to keep it at bay 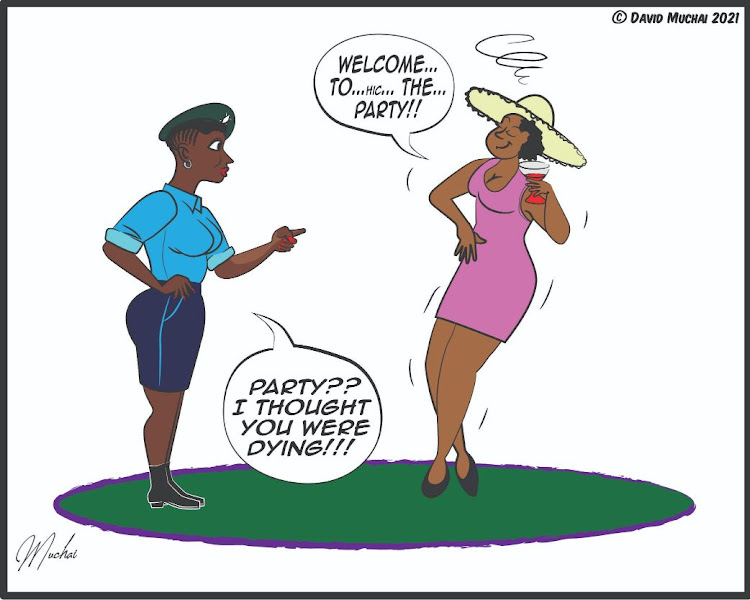 Everybody hates death, but I dare say with a considerable amount of certainty that no one has the grim reaper wronged more than yours truly. A trip down memory lane takes me some months back to a grimy hotel room, which this humble servant of you, the people, shared with the most beautiful woman in the world.

No, not Bela Hadid, silly. The woman to whom I refer puts even Foi Wambui to shame. It’s none other than Sgt Sophia M Kali, of Jiji Ndogo Police Post. The same woman who currently confesses mixed feelings for me, and proves it by sharing my bed while letting me nowhere near the forbidden fruit.

What does this have to do with death, you ask? If your memory serves you well, I shared this dingy hotel room with my colleague and object of my affection since we were travelling together and no other rooms were available in the small town by the time dusk caught up with us. In a rare moment of weakness, she had turned to me in the dead of the cold night and whispered in my ear, “We’ll do this once, only because we’re both cold. But if you ever talk about it to anyone, I’ll kill you.”

I didn’t mind dying a happy man. However, deep in the act of pre-coital rites, my phone rang. It was my boss informing me his beloved wife had just passed away after a long struggle with cancer. Suffice to say, death robbed me of the chance of a lifetime.

Then, he came calling once more this morning. I had summoned up the courage to propose to Sophia, the only obstacle she had erected between me and the promised land. Instead of the answer I was sure was coming, a deeply saddened Sophia informed me that her mother had called bearing some incredibly wretched news.

“I didn’t even know she was sick,” Sophia said. “Now, she’s talking about days before she meets her maker.”

I called my mother and cancelled Christmas plans, informed her I had to support a colleague during a particularly difficult time in her life.

Several hours later, we arrive at the busy village known as Githurai in the outskirts of which Sophia’s mother lives in a one-acre fenced compound. Sophia hesitates at the last turn to our destination. “Maybe this isn’t such a good idea.”

“Why would you say that?”

“Ambushing her like this? You know my mother and I have never been close.”

I put a hand on her arm. “Why do you think she called you? She wants you to visit. Who knows? Maybe she wants to make amends.”

She relents, but the sight of multiple vehicles parked outside her mother’s gate sends pangs of fear through both our hearts. “Oh my God!” Sophia cries out. “It’s even worse than I thought. Do you think she might already be dead?”

As I begin to comfort her, a woman walks out of the gate, falls to the ground in a dead faint. So much for positive thinking! Fearing the worst, I support Sophia into the compound, around the house to the back from where a cacophony of noises is emanating.

“Sophia! You came!” Sophia’s mother meets us, a glass in her hand, looking drunker than a sailor. “Come. Join the party.”

“Party?” Sophia is so incensed she can hardly talk. “But I thought you were sick!”

“I’m sorry I lied to you, but how else would I get you to pay me a visit?”

He was kicked out of his home while he was 17 years old
Sasa
6 months ago
by David Muchai LLB Writer, Author & Content Creator at XLNC Media Inc
Entertainment
09 January 2022 - 05:00