My boss promises to kill me

Sgt Makini will be doomed if he breaks Sophia's heart 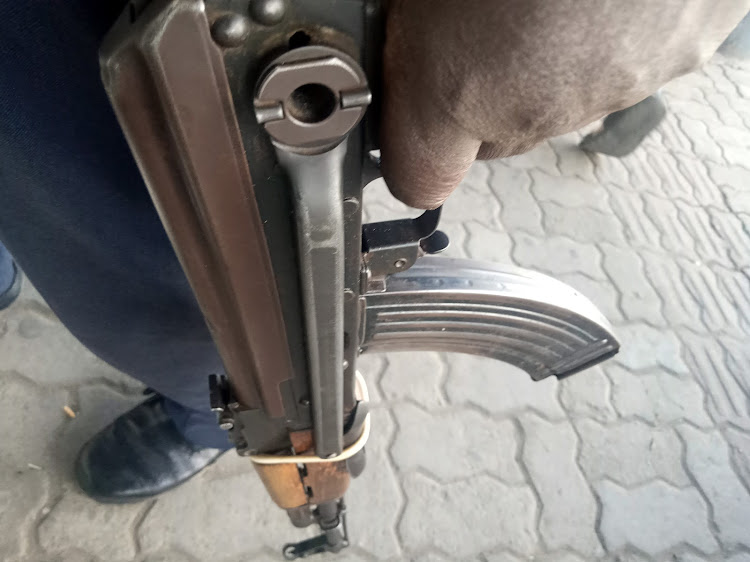 In case you’ve forgotten, my boss Inspector Tembo’s wife, the woman he had affectionately dubbed “The Dragon,” succumbed to cancer. A ghost showed up at her funeral, sending mourners running for the hills. Turned out it was her long-lost twin sister, Sheniqua Brown, who resides in the land of Washington in a town called Atlanta, Georgia.

Inspector Tembo took her offer to vacation for a while in that land supposedly discovered by an Italian explorer called Christopher Columbus, although he found thousands of natives who had lived in America for centuries. Reminds you of Ludwig Krapf discovering Mt Kenya, doesn’t it?

Anyway, even while having a blast in the allegedly “greatest country on the planet,” every once in a while, my boss does take a minute to call and check on me. This time, I’m raring to tell him about Sophia’s return and our burgeoning relationship. “I’m doing great, boss, really great. Sgt Sophia is back, and we’re hitting it off very...”

“My daughter is back in uniform? Superb. Her mother keeps harassing me for child support. Can you believe it? Wait… Sophia is over 18, right?”

“Yes, boss. And talking of being of age, Sophia and I—”

“Do you think she means back child support when I didn’t even know I had a kid? No freaking way. Unless she first pays me for the emotional trauma of finding out I have a grown-up child. I should get a lawyer. Hey, did you know lawyers advertise on TV here?”

He fakes a bad American accent. “‘Did a dozen, half-clothed men storm out of your house when you entered? It's time for a divorce. And no one does a good divorce like Mike Gilligan, Attorney at Law.’ That on television!”

“Talking of failed relationships, apparently, Sophia was engaged to—”

“I swear, son, this country is nuts. They drive-through everything.”

“You can buy alcohol while driving?”

“You can even get married while driving! Drive-through chapels, they call them.”

“They should have drive-through divorces, then.”

“They do! Unbelievable, yeah? Nothing seems real here. Fake smiles, fake food, fake sense of national pride. How can one be proud of a country where nothing grape-flavoured tastes like grapes?”

“Illusions can be deceiving, sir. Like the way I thought Sophia was stuck-up, yet all that time she—”

“Illusions! You’re right, Sergeant. That must be it. They must all be delusional from the sheer amount of medication they take,” he says.

“She was engaged to—”

“Was engaged? What happened? Did you break my baby’s heart? I leave you alone for a few days and this is what you do?”

“Do they really wear flag-coloured underwear there?”

“Oh, don’t get me started on their flags. They’re everywhere. On cars, buildings, cups, carpets…”

Phew! Disaster averted, I think, until Inspector Tembo misremembers again and fires the parting shot. “If you hurt my daughter, you’re dead, Sgt Makini. You hear me? Dead!”

Sophia enters the office. “Who are you talking to?”

“Inspector Tembo? What’s he up to?”

“Murder, evidently. You might wanna give your ex-fiancé a heads-up for when the Inspector flies back.”