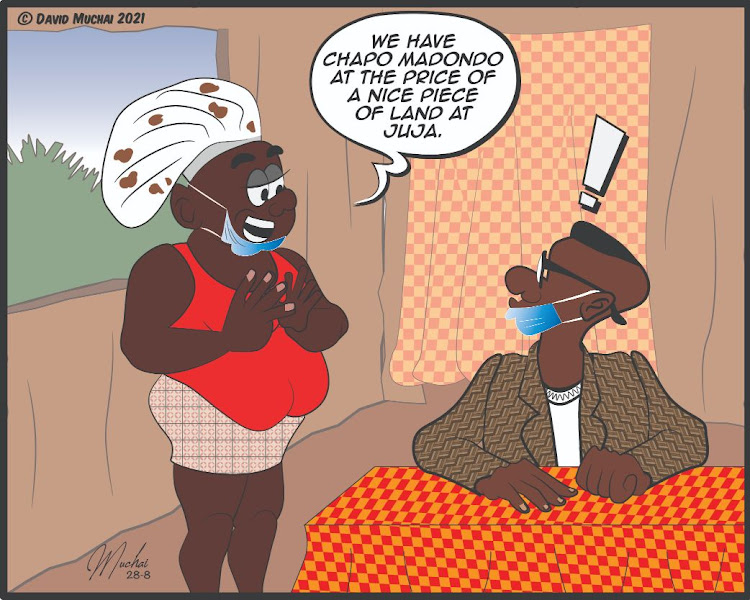 For someone who has had to move around a lot for most of his life, I still do not take kindly to change. Which is surprising because I should have gotten used to it by now. But then again, I am not exactly a bastion of getting used to things, or I would have already gotten used to my ever-empty pockets and all manner of threats I keep getting from Tala, Fuliza, Okoa and all their cousins.

I understand there are those who went to the same school throughout their primary schooling. And then the same school for their high school, and university. There are even those who never did as much as change their locality throughout their schooling period. Yaani, they went to Wath Ong’er DEB Primary School. Proceeded to Wath Ong’er Secondary School. And then summarised the entire schooling thing at Wath Ong’er Village Polytechnic. Such people have absolutely no conception of the dread of change. But I am not such people. If I was, I would have told you so.

I switched primary school a lot. I would transfer to a different school for even the flimsiest of reasons, like disliking the shape of a teacher’s head. And sometimes I would transfer because my friend transferred. Other times Min Jii (my mother) would transfer me because she had fallen out with the school management over something as mundanely serious as the school uniform colour. While sometimes it would be on a rumour she had heard about a naughty kid I had become friends with at the school and did not like the idea of me absorbing this kid’s lewd behaviours through osmosis.

In Class 7, I had to transfer from a private school in Nairobi all the way to some dusty, rundown public school at the heart of Kendu Bay. This transfer was to ensure I secured a good national school because the government placed public primary school kids in better high schools than their private school counterparts. Well, all I did in Kendu Bay was swim among hippos in the lake just because I could, attempt to fish with mosquito nets (I say attempt because we never really caught anything in those nets) and play Ajuala football all day. At the end, I scored a measly grade, only enough to secure me a place at Oriwo Boys, which was and still is by no means a good national school.

I dreaded change. The idea of it frightened me, it still does. Being the new kid on the block is not exactly fanciful; you do not understand how this strange new place works. You do not know the rules, especially the unspoken ones. You spend most of your time trying to find something familiar; something to remind you of your former self. But I would always adapt to these new places almost as fast as Kenyan politicians make and break alliances. I would make them home in no time and would soon be seen strutting around like an indigenous. Because that is what I do. Well, until one day I do not.

When I moved from Kisii University to this new town for my industrial attachment, it was like every other move I have made before. I was anxious and dreaded the unknown. I thought I would come in and adapt as fast as I always have; only that it has not been so. I hated this town the very first day I moved in and two months later, I loathe it still. It is hot and dusty and the locals are terrible caricatures of humans. The roads are heavenly and not because of their quality but because they are only as narrow, rough and bumpy as the road to heaven can be. I hate the stench in the air. I hate the way the sun rises and the shadows the setting sun casts. I hate the shapes the clouds form in the sky and the sounds birds make in the morning.

But I think I hate my cousin Van more. You see, he was supposed to help ease my way into this town, make life a little easier for me. But instead, he has done the very opposite, turning into my worst nightmare. Despite his name, I have always thought the only thing he has in common with a real van is the shape of his head; it looks eerily similar. If his Dad had murdered my maternal grandmother at his birth, my mother would not have been born. I say this to make you understand just how closely related we are. And maybe help you comprehend just how complicated our situation has become.

So two weeks after moving to this place, I asked Van one of the most important questions a bachelor can ask another bachelor: where is the best chapo-dondo joint in town. He said, “Relax, bwana, I’ve got you. I know just the place.” And he drew me a map. Now if you ever hear that I broke my knuckles, just know it broke on Van’s jaws. There was chapo-dondo in that joint, alright, and good chapos actually. You know those chapos that look like they are in love with you and they know your grandmother? Yes, those ones. Soft and thick and golden and docile. I ordered four as usual. Four imekatwakatwa vizuri with madondo on top. But the bill that tiny waiter brought shook my teeth like an earthquake. Because my cousin had failed to mention just how ridiculously expensive this hellhole of a joint is.

And to think that what I spent on madondo would have bought me a nice piece of land in Juja. As I write this, I’m listening to Samba Mapangala’s mellow voice, and he is singing, Dunia tunapita ee, kila kitu kitabakia.

Even the expensive madondos of this world zitabakia tu. Nkt.