This noble metal is a prized possession in all countries, cultures and ages of history 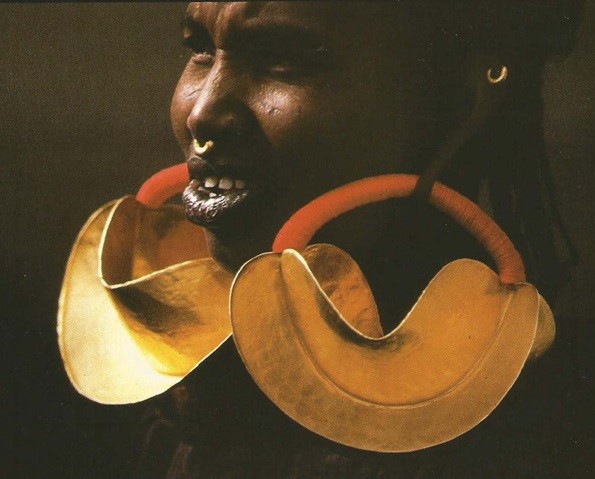 Gold is extraordinary. People have used it it glorify temples, adorn their royalty and create great works of art. Over the centuries, it has been made into coins and jewellery and valuable objects, which have been transported all over the world, buried, lost, recovered, melted down, reused, traded, stolen, plundered and smuggled all over the globe. Above all, the gold standard remains the ultimate universal expression of value and wealth.

In Africa, gold was used in the earliest times even to cover thrones in Egypt. It was also used in the golden stool of the Ashanti king in the former Gold Coast, now Ghana, where gold was the only instrument to facilitate trade. Elaborate boxes of worked brass were made to hold gold nuggets and gold dust, which were weighed on tiny scales.

Gold can be beaten into sheets, one-fourteenth thousand of a millimetre thick, and used to cover objects in a technique known as repousee. It can also be drawn into the thinnest of threads to embroider sumptuous fabrics. Gold coins are coveted as works of art or melted down and reused.

On East African Coast, large gold discs (Kuta) have different designs on front and back; Gold bead necklaces (Kama) are usually strung with coral. American gold dollars (circa 1850) were worn as nose studs. Kipuli are ornately filagreed gold earrings, and fura are small gold or gold-dipped boxes that hold precious objects and lime. 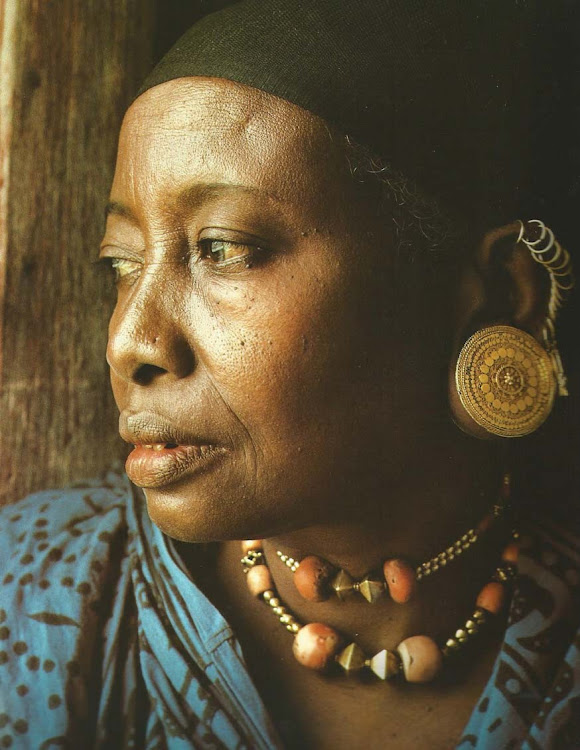 Swahili women of Pate Island traditionally wear gold and coral jewellery, which is thought to be of local designs
Image: AFRICAN CEREMONIES 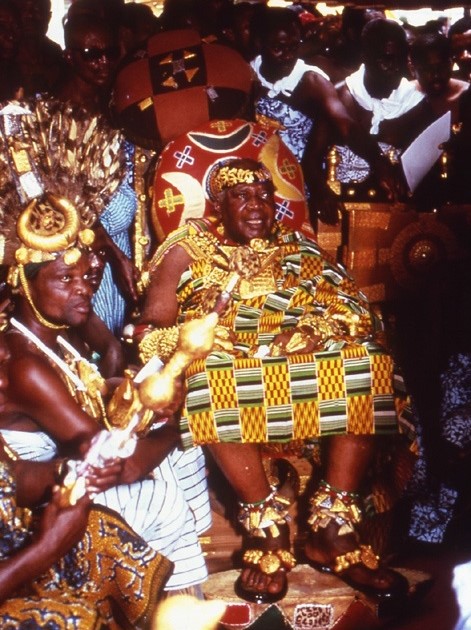 An Ashanti King sits on his golden stool wearing gold ornaments and surrounded by aides in gold
Image: AFRICAN CEREMONIES 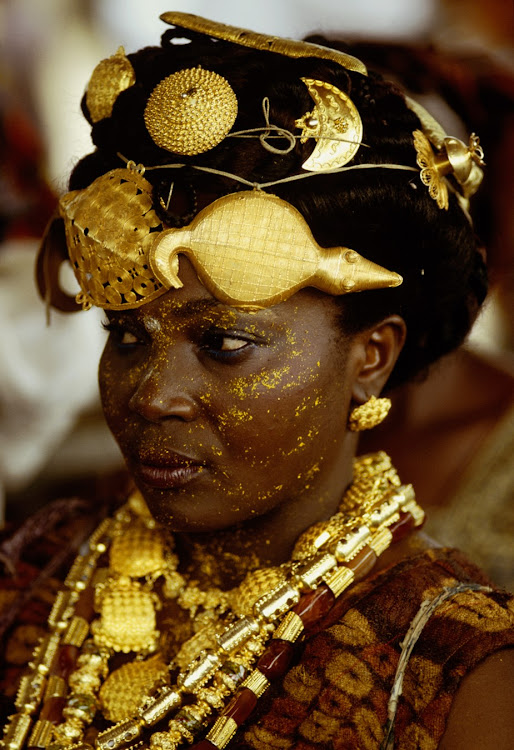