• Nobody ever admits to rape, as Sgt Makini finds out despite missing the hearing 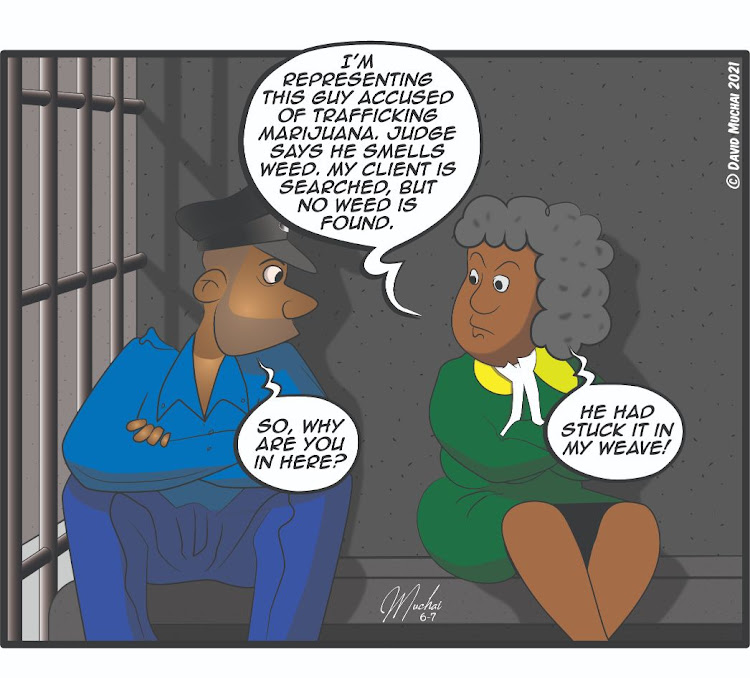 In case you don’t know about Kimondo, he is the man accused of sexually molesting my sister and several other women.

Kimondo is not necessarily a man in a mask lurking somewhere in a dark alley. He is your neighbour, your uncle, your cousin, teacher, pastor, the guy who keeps promising women lucrative jobs in the city and never delivers. That’s the first lesson from Kimondo: you can’t tell apart good people and criminals. You have to listen objectively to what the victim says.

That said, this particular Kimondo’s plea hearing is up in Kericho, and Sgt Sophia and I are here to support my sister.

In the case prior to this, a man had sued a beer company for falsely advertising that a man attracts beautiful, scantily dressed women just by drinking their beer, yet the plaintiff had never gotten a single woman as claimed. So, he was suing for damages and an apology.

I laugh too hard for the judge’s liking.

I stand up. “I’m sorry, your honour. I have a case coming up. I won’t laugh again. I promise.”

Kimondo’s case comes to the docket.

“Case number 599, The State versus Kimondo Kinoti,” the clerk calls out. “State counsel is in court, and so is the defendant.”

The judge looks straight at me. “You can’t be Kimondo, so are you the state counsel?”

“No, your honour. I’m here with my sister. She’s one of the victims.”

“Am I going senile or did I hear you say it was your case.”

“By association only, your honour.”

“Twice the contempt, twice the fine.” He raps the gavel. “Officer, take him to the cell.”

My pleas fall on deaf ears and I am hauled to the holding cells.

“Actually,” I tell the police officer propping me up by my belt, “mimi ni officer pia.” I show him my badge.

He lets go of my pants. “Ah, pole. Lakini, si you should know not to laugh openly in court like that.”

“Did you hear how funny that guy was?”

He elbows me. “I was laughing like a fool, too, but I was hiding behind the witness stand. I’m sorry. You still have to pay the fine.”

In the cell with me is a female attorney.

“Worse. I’m representing this guy accused of trafficking marijuana. He’d claimed innocence and I believed him. We are seated in court, and somehow the sharp-nosed judge says he smells weed in the courtroom. Sure enough, I start smelling it, too. My client is searched, but no weed is found.”

“He had stuck it in my weave!”

I laugh so hard I have to apologise to the poor woman. I pay my fine and meet Kanini and Sophia outside the courtroom.

“I hope you didn’t tell them you’re an officer.” Sophia glowers. “You’re a disgrace to the profession.”

“I can’t help that I have a funny bone, unlike some people.” I turn to Kanini. “How did it go?”

“He pled not guilty. Said it was consensual.”

“He also said you assaulted his brother,” Sophia added.

“The judge told his brother to sue you.”

What to do if you have been raped
by David Muchai LLB Writer, Author & Content Creator at XLNC Media Inc
Entertainment
11 July 2021 - 06:00