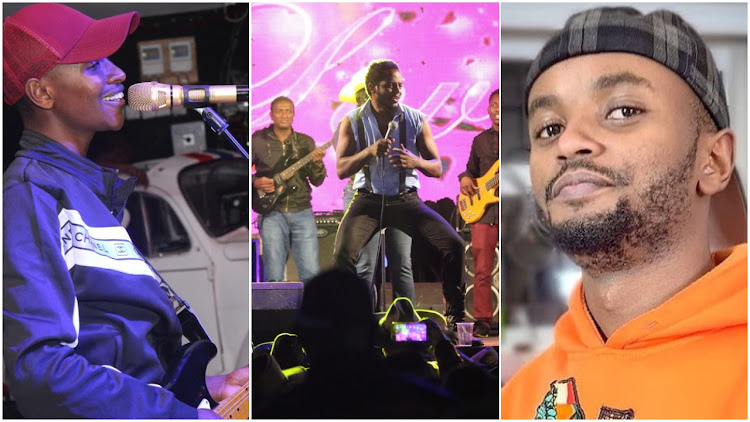 YouTuber Peter Kabi, popularly known as Kabi wa Jesus, is the latest celebrity outed as a deadbeat father. A few weeks ago, the child support saga between comedian Herman Kago, better known as Prof Hamo, and comedienne Jemutai was all the rage on social media. Before that, Prezzo, Diamond, Rabbit... The list goes on.

After true or false exposés of illicit affairs, most celebrities see it prudent to lament to all and sundry. Hamo accepted responsibility (though he denied deserting his kids). Kabi’s case ended up in court, where a DNA test proved he was the father of a child he sired with his cousin. Yes, you read that right. Baby Abby’s uncle is now also her biological father.

If you find all this tantalising, fret not. Humans are voyeuristic in nature. Intimate gossip and the resultant public apologies make for enticing social fodder. Some unscrupulous celebrities even employ such scandals as career-advancement tools. However, the consequences are real and more far-reaching than a few likes and lurid comments on social media.

Case in point is the trauma baby Abby is and will continue suffering as she grows up. And so will Jemutai’s children. Every day, online and in real life, kids are bullied for less, without contending with such conspicuous targets on their backs. Yet, for the grown-ups who subject their kids to national mockery, handling the fallout is like a walk in the park.

Of deadbeats and the circus they create

Generally, public apologies engender more ridicule than sympathy. Which begs the question: are they worth it?

I guess this depends on the side of the fence you are on. On one hand, celebrities feed on public goodwill and go to great lengths to maintain the façade most favourable to their fans. Kabi touts the image of a happily married man of God. His pseudonym is Wa Jesus, for Pete’s sake.

Being intimate with his cousin, whether before marriage or not, is not very Jesus-like. Saying he complies with the DNA results after years of denial is nothing more than duplicitous lip service. Unless children are made in labs, Kabi dropped his pants in private and now he is washing them in public.

On the other hand are vulnerable juveniles and other family members. Most never get a share of the hotshot’s spoils when things are fine and dandy. Then suddenly, they are thrust into the limelight and shown in the worst possible light. Next to wars, never have humans invented a worse form of selfishness than this.

Worse still is the very reason people feel the need to apologise in public for their private dalliances. No one visits a priest to confess how good they have been since the last time they sat in the booth. To err is human, but owning up only after one’s arm is twisted is pretentious and disingenuous.

Like everyone else, celebrities should learn to wash their dirty linen in private, or maybe not soil it in the first place. Only atone for the things that affect the public directly. An apology to parents for having their impressionable kids exposed to some of the crude lyrics in Gengetone music would be a welcome change from the self-serving foolery floating around social platforms.

Some excellent corporate apologies should suffice as valuable lessons. KFC once ran out of chicken and had to close 900 stores in the UK. It commissioned a full-page ad in London newspapers showing its signature chicken bucket featuring a re-worked logo: “FCK.” Below it was a brief explanation of the problem and a vow that it wouldn’t happen again.

Now that’s an apology I can sink my teeth into.

KFCB boss says comedian wants an out of court settlement.
Sasa
7 months ago

Samidoh at peace after public apology to wife