A man selling weed gets a little too talkative online 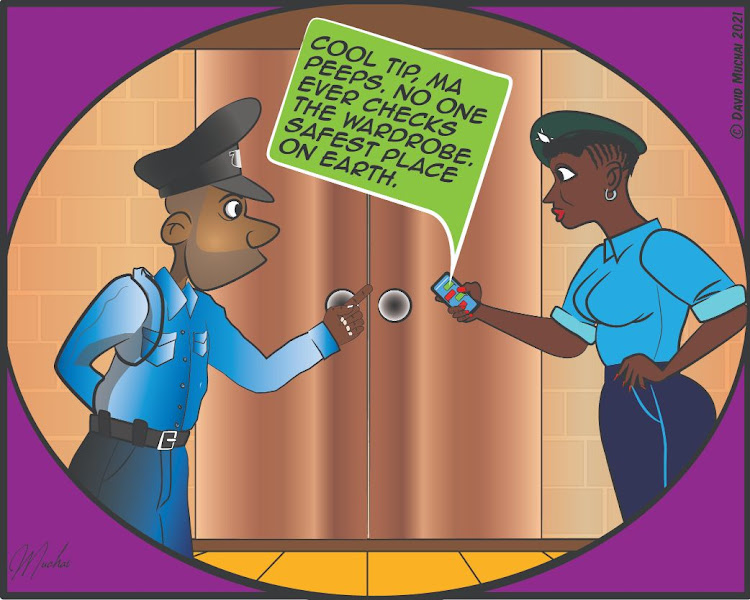 Jiji Ndogo is not famous for anything. For instance, we’ve never produced a world-class athlete. I can barely catch a chicken, yet no perp has ever outrun me. We don’t have any musician of repute.

Our best singer is Debora, the soloist over at Our Lord The Saviour Church. But her high notes (or screams, to be honest) are only audible to animals. That’s why you can’t find any dogs in Jiji Ndogo on Sundays.

So, when we got our first social media star, we should’ve been proud, right? But we weren’t.

“A thousand likes!” Sophia yells, showing me the post. “That’s more than the youth population here.”

“Social media extends further than Jiji Ndogo, you know,” I tell her.

She taps me on the head with the phone.

“I know that, idiot. What I’m saying is, the post is reaching further than our village and it’s about weed. This jackass is selling drugs online.”

“More like inter-village. No one can come from Kericho to buy contraband from a nitwit broadcasting it via WiFi. Who even does that?”

“You’d be surprised the things people sell online, Sophia. I once saw someone selling a piece of burned toast that had an image of Jesus.”

Sophia laughs. I like the way she laughs. Of course, I have to. I’m head over heels for her.

“We have to arrest this weirdo,” she says.

Sophia comments on the guy’s post, the guy asks her to inbox him. She does. Just like that, we get a location. In true police fashion, we strategise to approach the peddler from different directions. I’m ready to burst a cap on this perp’s behind, but Sophia says she has to prepare. I don’t understand why. Women, right?

When we get to our rendezvous, the guy is nowhere to be seen.

“He must have suspected something,” I opine.

Sophia punches me in the chest.

“Of course, he suspected something,” she screams. “You came in your police uniform. Don’t you know anything about being undercover?”

“Oh, so that’s what you meant when you said you needed to prepare. Why didn’t you just tell me that?”

“Why me?” she beseeches, her head turned to the heavens.

“We can just send him another message,” I suggest.

“Of course, you don’t.” Sophia checks her phone. “Oh my God! He updated about the cops being after him.”

“Another update.” She shows me.

“An eco-conscious drug dealer?” I wonder. “I guess he has to care for the environment where he grows his product. I wonder where he got a solar-powered cellphone, though.”

“That’s not the point, Dumbo. How many homes use solar in Jiji Ndogo?”

“Just one. Mr Sonko’s. Let’s go get that eco-stupid numbskull.”

When no one answers our knock, we burst into the house. No one’s home. Sophia’s phone chimes again.

She shows me the peddler’s latest update.

Cool tip, ma peeps. No one ever checks the wardrobe. Safest place on earth.

And of course, that’s exactly where we find him and haul him to the station.