• Timimoun Museum is based on precolonial architecture from the Red Oasis 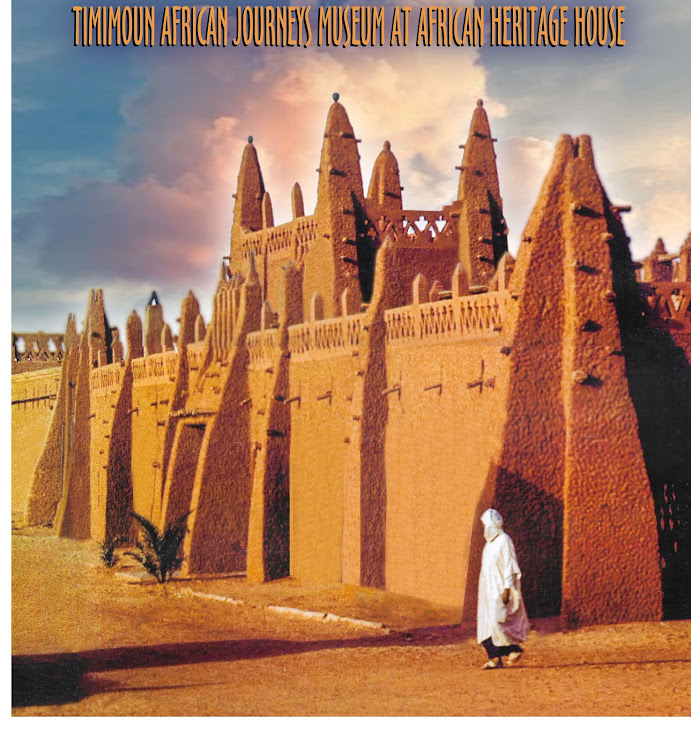 Alan Donovan, the surviving founder of the famous art pioneer in Kenya, African Heritage, is planning to mark his 50th Anniversary in Kenya by opening a museum next to his African Heritage House.

African Heritage was opened in l972 with Joseph Murumbi, the first Foreign Minister and second Vice President of Kenya, and his wife Sheila.

The museum will hold Donovan’s archives along with the archives of his lifelong associates Carol Beckwith and Angela Fisher, known collectively as African Ceremonies. The duo have accumulated the world’s largest archives of images of the vanishing ceremonies and rituals of the continent through their 750,000 photographs and l7 books.

Their latest double volume opus, African Twilight, was launched in Africa at an elaborate ceremony hosted by Alan Donovan at African Heritage House in March last year. Some 600 guests arrived by train for the event, with the Hon Amina Mohammed officiating at her first event since taking the mantle as CS for Culture and Heritage.

PIONEER IN THE CONTINENT

African Heritage has a reputation as a pioneer in the African continent. Whatever challenge it confronted, the results were unique.

First there was the African Heritage Jewellery, stunning creations from ancient beads and components from all parts of Africa, which went on a three-year tour across the United States in l970. The innovative Global Jewellery was sold exclusively through more than l00 of the original Banana Republic Stores in the US, as well as featured in its catalogue. The jewellery was also found in the Museum of African Art in Washington DC, as well as leading department stores, zoos and aquarium shops for many years.

Then there was African Heritage Ltd, Africa’s first Pan-African Gallery. The World Bank called it “the largest, most organised wholesale and retail craft organisation in Africa… a pioneer that raised African handicrafts from the level of souvenir trinkets to objet d’arts with world class appeal”.

Following was Kenya’s African Heritage Festival, a galaxy or costumes, music, dance and fashion created from the vanishing hand-printed and hand-woven textiles of Africa that travelled the world for over three decades.

The last tour in l995, sponsored by Lufthansa and the Hotel Intercontinental, toured 11 European cities in a luxury bus, with two lorries loaded with costumes, fashions, sound and lighting, plants and hand-painted murals to transform every venue into Kenya, as well as two elephants, who paraded in the city squares before each show.

Later, Alan Donovan constructed the African Heritage House, based on the mud architecture of Africa, which he saw during his travels across the continent. The house is now called “The Most Photographed House in Africa”. The prestigious Architectural Digest featured the house as their first in Africa, and described it as “…rising from the sere Kenyan plain like an outcropping of earth, a vision of usefulness informed by the African genius of decoration”.

The house was the first to grace the covers of Marie Claire in Paris, the leading décor magazine in Russia, multipage features in VOHN in Germany, Elle Decoration in UK, Elle in Portugal and Spain, and magazines in Oman, Belgium, Japan and China.

Couples arrive on the train to African Heritage House from Nairobi for weddings or proposals under its “Wedding Tree”, a l00-year-old Acacia Nilotica in front of the house. The house is also famous for photo shoots, especially international brands such as Saks Fifth Avenue.

In 2004, Alan Donovan published his memoirs, titled, My Journey through African Heritage, (with a new edition in 2017) which, like his house, is a unique documentary you’ll not forget. It’s about a people, a country and a man who would not give up through fire or flood, during Donovan’s astonishing career as a promoter and catalyst of art and culture in Africa and throughout the world.

Now there is a new permanent exhibition at African Heritage House on the Lost Architecture of Africa, which Alan shares on 20 metal panels of photos of precolonial architectures from across the continent, and sketches of mud architecture by local architect Bryan Adega.

This exhibition is on the pathway to the new Timimoun African Journeys Museum being constructed at African Heritage House. It is a two-story structure with rooftop theatre, based on precolonial architecture from the Red Oasis, Timimoun — one of the main entry and exit points to Africa by camel caravan before the advent of sailings ships.

Alan Donovan passed through Timimoun in 1969 on his return to Africa after quitting his diplomatic job as a food relief officer during Africa’s worst tribal war between Nigeria and its breakaway province of Biafra, when he first arrived in Africa.

He first travelled across the Sahara desert to Nigeria and then across the Congo to Kenya, arriving in Nairobi in March 1970. Wanting to see a part of Africa not so colonised, he moved up to the Northern Frontier of Africa for several months, meeting people who had never seen a person from outside their own tribe, an experience that probably cannot be had today.

Following in nearly his same tracks was a Land Rover loaded with Australians. Among them was Angela Fisher, who disembarked with her fellow travellers in 1972 to hold the first exhibition at African Heritage of jewellery and other objects collected along their long journey through Africa. Angela Fisher was so dazzled by African adornment that she went on to photo and produce the most authoritative tome on African Adornment, Africa Adorned.

A year later, another traveller arrived at African Heritage. This was Carol Beckwith, an American artist who was travelling on a worldwide fellowship from the Boston Museum. Alan arranged to hold exhibitions of her paper artworks based on African textiles at African Heritage and other venues in Nairobi. Carol then turned to photography and went off to produce and publish another astonishing book on the Maasai.

In l979, Alan Donovan introduced the two to each other, and thus African Ceremonies was formed, after which another 15 spectacular books on African culture were birthed. Carol, Angela and Alan have devoted their lives to African heritage. They will be together again at Timimoun, celebrating the lives of their fallen comrades Joseph and Sheila Murumbi, as well as Expedito Mwebe, Jak Katiriwake and all the pioneer artists of Africa, whose works Alan Donovan has been showing for the past decade at the Nairobi Gallery in the Old PCS office of Nairobi.

Besides the archives of African Heritage and African Ceremonies, Timimoun will have a total of 35 galleries and show windows dedicated to the pioneer artists of Africa who started their careers at the time of Independence. The museum will also celebrate the many luminaries who passed through African Heritage and went abroad to find fame and fortune.

These include Iman, the most famous model to come out of Africa, Ayub Ogada (nee Job Seda) and Samite, who founded the African Heritage Band with Alan Donovan, and Magdalene Odundo, the first Kenyan to be awarded an OBE (Order of the British Empire) from the Queen of England for her magnificent ceramic works, which will be on display at Timimoun. 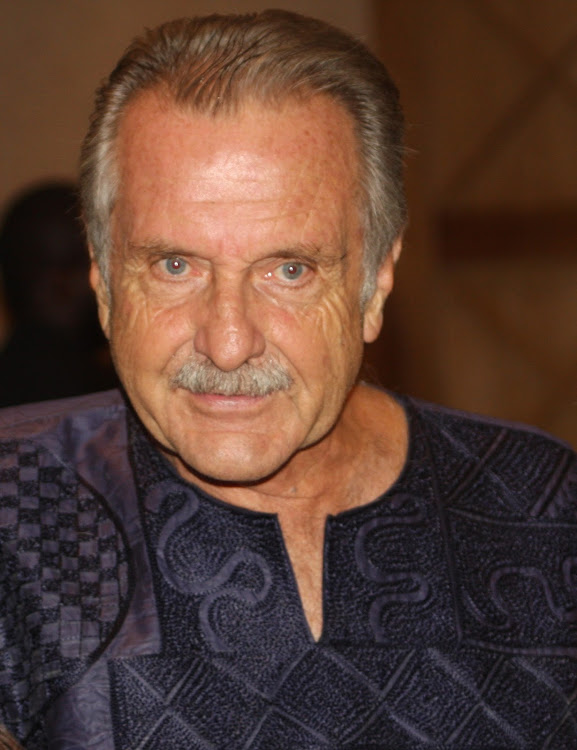