Martin, who is 14 years old, becomes the youngest person to ever hold an executive producer title on a major Hollywood production. 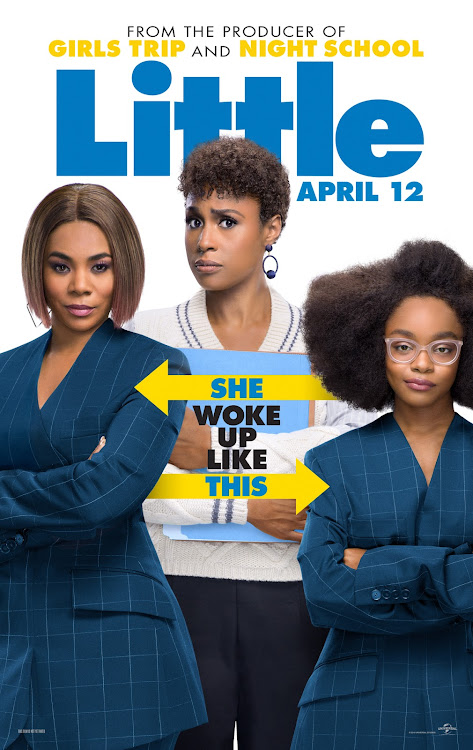 Jordan Sanders is the most horrible boss and adult you can imagine. She bullies her employees and pushes around anyone in her path. Jordan uses her position and size to push people around. And she is successful as everyone is terrified of her.

That is until she runs into a little girl named Stevie. Stevie doesn’t like the way Jordan pushes people around, and she tells Jordan she wishes she was little like her so she could take her down.

The wish comes true and Jordan wakes up as a 13-year-old girl. As it turns out, Jordan was bullied as a child and her childhood was a nightmare she doesn’t want to relive. Jordan is forced to go back to school by a social worker. The social worker threatens to arrest April, Jordan’s assistant (and guardian, now that she is little) and put Jordan into foster care if she refuses to comply.

Jordan is forced to go back to school and leave the company in April’s hands. Jordan soon realises that school hasn’t changed much since she was last there. She is bullied and forced to make friends with the other bullied kids. April also realises that running a company needs more than just being nice.

Age-swap shows and films have graced our screens for a long time. The concept isn’t new but barely done within the context of the African-American community. The concept was developed by Marsai Martin, who stars as the young Jordan. Martin, who is 14 years old, becomes the youngest person to ever hold an executive producer title on a major Hollywood production.

While Martin deserves praise for being a proactive actor, she has significantly outshined the other executives. The adults involved in the project failed to develop the concept. The jokes are few and the plot predictable. It is a one-joke film, with Martin being the highlight of the movie.