The series revolves around the issues of land grabbing and exploitation

-It is a family drama series set in contemporary Kenya that centres on Akisa, a Nairobi IT girl estranged from her family and village

-The style and quality of the pilot have earned it acclaim and set it on a path to completion of the full series. 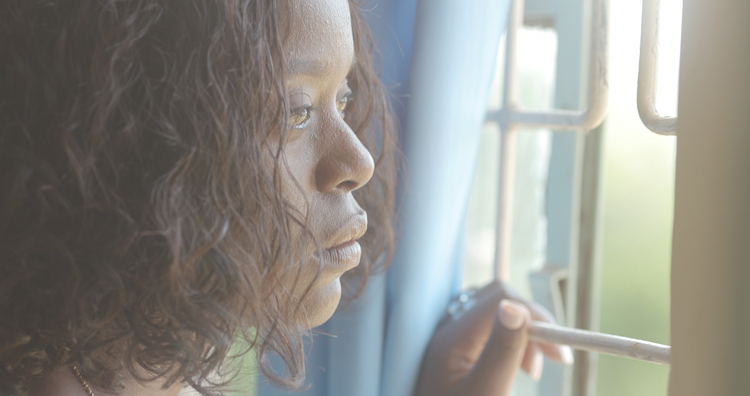 A thoughtful Akisa, the starring actress, in a scene from the series pilot
Image: COURTESY

Country Queen is a family drama series set in contemporary Kenya that centres on Akisa, a Nairobi IT girl estranged from her family and village, Tsilanga. When her father falls ill, Akisa returns to a community divided after a mining company discovers gold on their land.

This is a David vs Goliath story that pits ordinary Kenyans against a large power that threatens to destroy their homes. The issues of land grabbing and exploitation form the tapestry against which the fractured personal lives and relationships of our main characters play out. The fight for land becomes a fight for redemption, truth and facing the consequences of one’s choices.

The pilot is a high-end authentically Kenyan and yet globally accessible TV series. It has already created intense buzz and excitement within the industry.

Beyond its high production value this Kenyan-German co-production has broken down barriers and created new norms based on its unique focus on the rural communities of Kenya, as well as its collaborative and Kenyan focused production process.

With its cinematic production style and quality, the pilot has been widely acclaimed and will soon continue with production of the full series.

Country Queen was first created in 2017 by a writers’ room comprising 10 Kenyan creatives with diverse experience in visual storytelling, and with the assistance of Good Karma Fiction from Germany.

When an invasive mining company threatens the existence of her village, a city girl caught between two worlds must return home, overcome her painful past to ...

Country Queen focuses on the fast-paced and perilous world of Nairobi as well as on the slower rural life, as told through the rarely highlighted tribe of the Akamba community.

The pilot episode was shot between 7th - 25th January 2019 across various stunning locations in Nairobi, Machakos and Kajiado counties. It involved 45 actors, 51 crew members and 160 extras, almost all of whom are Kenyan.

The Country Queen pilot is directed by Vincent Mbaya a Kenyan professional who started his career in 2000 as an actor and has worked across various disciplines including documentary film, reality TV, commercials and drama. Directing coach Carla Bohler codirected.

“As a passionate storyteller, I for a long time had felt a gap as there was not much narrative work up for grabs at the quality that would really get me excited. When I had my first meeting about country queen I knew that gap would be filled. The process turned out to be quite fulfilling, very detailed, nothing left to chance, an opportunity to exercise my creative muscles in a world-class drama production. I cannot wait to get going on the full series.”

Mbaya said about working on the pilot
The series is co-produced by award-winning Kenyan producer, Kamau Wandung’u, born and raised in Mathare near Nairobi, Kamau has been an Actor, Director & Producer for over 15 years and is best known for directing the ZIFF Ousmane Sembene Award Winner Maria, and Producing the award-winning Ndoto Za Elibidi.

The Films’ Director of Photography, Andrew Mungai has been trained in LA and has been working as a cinematographer on independent feature films, short films, documentaries and music videos since 2009, including on films such as KatiKati that won the FIPRESCI Award at the 2016 TIFF.

The film also boasts a strong ensemble cast that combines many of Kenya’s best-known actors as well as young emerging talent.

The lead role of the beautiful and ambitious Akisa is played by Melissa Kiplagat, an internationally trained professional actress who, after securing her degree in Economics from the Ivy-League, Brown University, found herself returning to acting in time to be trained by some of the best acting instructors in the US, including Lowry Marshal and Kym Moore.

Playing the role of the ruthless and intelligent Vivienne is Nini Wacera, one of Kenya’s most well known and loved actresses who has appeared in more than a dozen films and television series including Desperate Housewifes Africa and Rafiki.

Blessing Lung’aho, known for his roles on Mother in Law and PREM, plays Max, Vivienne’s charming husband, a former gangster who now runs the seedy side of her mining company.

Melvin Alusa, who first rose to fame during his stint on Big Brother Hotshot,  plays the reluctant hero Kyalo, while Sheila Munyiva, who recently starred in Rafiki, plays the village’s medical officer and Kyalo’s lovable girlfriend next door, Anna. 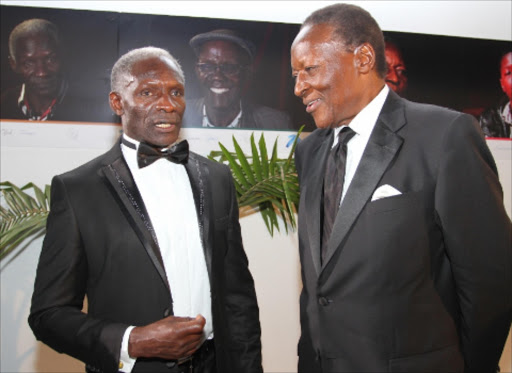 Good Karma Fiction is a Berlin based German company established in 2015 by the Writer, Director, Producer team of Waltraud Ehrhardt, Ravi Karmalker and Peter Obrist who have worked in creating drama series and have produced feature films and documentaries in Europe, Asia, Africa and North America. Operating in Nairobi for two years, the company has strong local links and partnerships that focus on equitable and ethical productions.