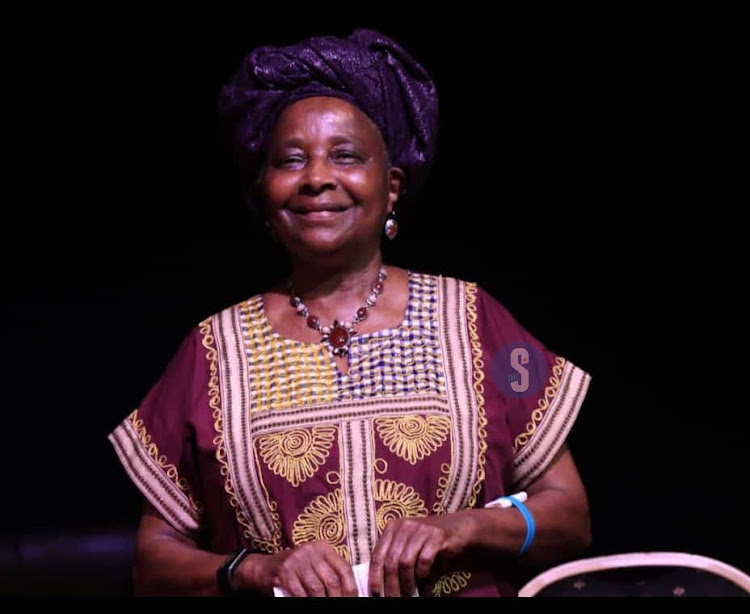 She has used her literary works to advocate for social justice and human rights in Kenya and Africa.

Defenders Coalition and the Working Group on Human Rights Defenders presented the award and celebrated the writer and poet.

Mugo said the award is not just hers but it's for everyone who put an effort to make the world a better place.

"Today you are reminding me that there are Kenyans whom I share a whole story and history with and that is all that matters. This lifetime award comes at a moment when we are advancing good governance, gender equality and human rights in Kenya," she said.

Mugo was feted the award in 2022 at the Annual Human Rights Defenders Awards but she was not in the country to receive it at that time.

She was feted for her outstanding work of promoting and protecting human rights in Kenya through art and poetry.

Former chief justice Willy Mutunga who handed her the award described Mugo as strong and confident person, who firmly stood up for herself.

She was a political activist who fought against human rights abuses in Kenya. The activism led to her arrest and she was forced out of the country in 1982 after an attempted coup.

Mugo went to Zimbabwe and continued writing. In 1991, her second work of literary criticism, African Orature and Human rights appeared.

Her work has been cited as verbal arts that expresses both the society's negative and positive qualities.

Mugo was a founder of the Pan African Community of Central New York and one of the organisation’s first presidents.

She is also the founder and former president of the Syracuse-based United Women of Africa Organisation.

Micere Mugo feted for lifetime of achievement in literature

We are so poor at honouring great achievers that they receive accolades from outside before we recognise them—if we do.
Opinion
11 months ago

If West lectures us on democracy, so can we

Chaos in UK politics offers Africa a chance to hit back at critics
Sasa
3 months ago
Post a comment
WATCH: The latest videos from the Star
by PERPETUA ETYANG
Books
07 January 2023 - 12:25
Read The E-Paper