Epistle of Your Excellency to Wanjiku on Xmas

Christmas season is alive now despite the drought and hardship

• Reflections as the festive season kicks in 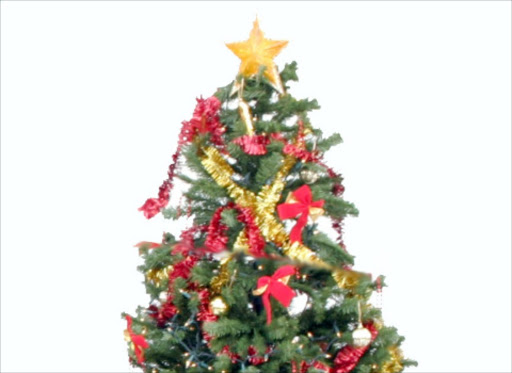 Happiness lives in the tiny instances of life. It prefers to operate on the measurement of smallness, for large portions of it, are the seeds that grow in soils of complacency. Complacency, like it's cousin procrastination, hunts only for time in the wilderness that is the world.

Christmas season is alive now despite the drought that lives here, too. Those who composed conversion songs to the kadete, jingles on born-again waists at the past Easter, live in this moment of happiness. Their own rebirth pegged to the cyclic birth of the sacred abiku-child of Bethlehem.

For as long as it lasts, for as long as happiness is a cousin to the kadete, the waists of this land will wriggle, beds visiting carpenters with amazing alacrity.

The kadete has one string, yes, yet it makes more tunes than the heart of the hurt. Wanjiku, when the male heart sorrowful is, announces this state in sounds that echo the kadete’s, it does.

On this Christmas weekend, the heart of an honourable has a maladic melody, loud but not so loud. It is the voice that an infant makes, when urine refuses to exist outside its tiny aperture.

Tonight, the heart has a tremulous tune. It is the same noise that the tortoise makes from behind on an uphill sprint. Tonight the heart is a plateau full of echoes. They hail from the fading laughter you left behind after you left.

I know of an animal that eats plants as they sprout. It moves with the speed of a tortoise, it takes an entire night, from the blue twilight to the dawn of Mulungula birds, to eat one bud. The bud is one upon the many in a sprouting field of promising harvest. The bud is one.

Yet the loss of that one out of many is equal to the loss of one marriage out many, one family out of many, one whole out of many. For that one loss in the entire universe of crops, how will we mourn so that people of the world understand a life has been lost. One life. A life. Lost.

I know an animal that eats buds of plants, as they sprout. Those who have grown blind because of seeing wisdom for decades, call it by the name of what it is not. It is death to call it itself. I call it you, Wanjiku.

Tie me the cow rope, tie my waist. Tie me to the grave that I may live and die at the same time. Let the kadete announce to the new night, the arrival of the loss of a life. Tether me to the grave.

If it is true that the cow feeds the circumference of its tether, let me never know a bed but this hole of deafness, torn into the earth with hands of an outsider, the only place where the sound of the kadete, makes music less insane than solitude.

When it is the time for the Mulungula birds to sleep with the night as a roof, upon their homes without windows, nestle me to this windowless house of eternal sleep, tie me to it, let the kadete announce my names in full, ridge after ridge, town to town, county to county, across the vast space of Kenya.

Who is this that dances alone at the village centre at night? Who moves with a stagger to the left like the tail of the Enkalomera, the only bee that knows it will die because of making sweetness?

Who is this that staggers to the right, jumps then swirls himself on his nose, like a bat that is lame and needs the entire earth to support its feeble neck? Let the kadete strum, let the kadete string, let the kadete play like a record cassette, stuck on the syllables of the only name known to all across each inch of our vast motherland. Wanjiku.

People of the land, can you hear the Angels sing, a king was born today? Mary’s boy child Jesus Christ is reborn on Christmas Day!

People of the world, the vast sky above this my lonely heart, a hole the size of our national anthem is, now is...

What size of peace is needed to fill it up, piece by piece, until my tongue tests the taste of ease? Kadete, kinsmen behold, the smallest lyre on earth, made out of the tongue of the deaf, sexless Enkalomera, its haunting tunes exceed the speed of heart beats.

In its voices dwells the sane and the eternally happy. Bring me one when you return, Wanjiku. Fetch me an excellent one fit for Your Excellency.

Upon it shall I strum the tremulous tunes of the season at hand. I shall compose a song for this season of reason. The reason being one of renewal, where both the land and the heart peel layers to reveal a new hide, one which forms the strings of the best lyre ever seen in Kenya: a national kadete. Behold. Merry Christmas!