Rishi Sunak: Out of Africa, out of Kenya

His rise rekindles the experience of Obama Sr, who sired US President 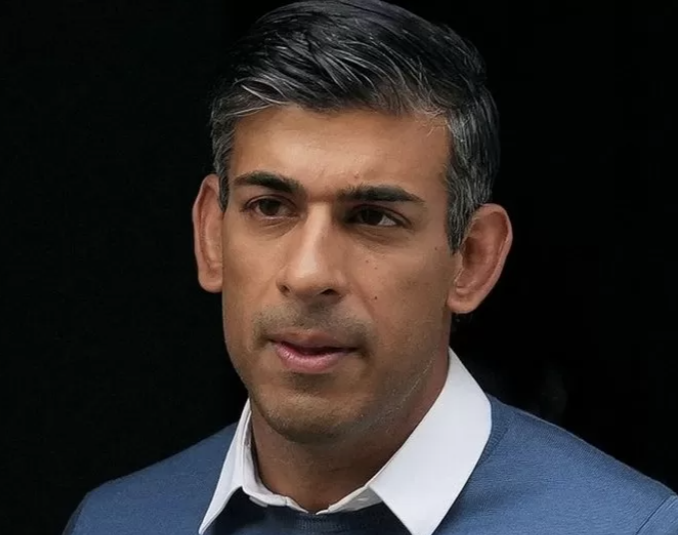 Rishi Sunak has secured the backing of 128 MPs, according to the BBC's tally
Image: REUTERS

The Danish baroness Isak Dinesen made famous the idea of East Africa as a cradle of mankind in an allegorical reference to Darwinian theories popular in the colonial era. Writing under her famous pseudonym, Karen Blixen, she penned a scintillating memoir titled Out of Africa in the 1930s.

Though published 85 years ago, this bestseller that still sells well today recounts her colonial-era tenancy south of Nairobi. She ran a coffee farm unsuccessfully and an extramarital tryst at the foot of the four-peaked Ngong Hills. The book should have been titled Out of Kenya, for is it not here that her story roots run deep?

Fast forward many years later and Independence arrived on the crest of the winds of change in the 1960s to many African countries, including Kenya. The post-war British Premier Harold Macmillan coined the phrase “wind of change” in his famous 1960 speech opening the gates of Independence.

The Lancaster House Conferences of 1960, 1962 and 1963, under the auspices of the then Secretary of State for the Colonies called Iain Macleod, followed. Kenya became a republic in 1964, and a new era commenced.

In 2009, Tom Shacktman published a book titled Airlift to America. He chronicles how more than 700 brilliant black East Africans were airlifted in the early 1960s, as the winds of change blew, to the United States and Canada. They included Wangari Maathai and Barack Obama Sr. The former became the first African female Nobel Peace Prize laureate in 2004, and the latter sired the first Black President of the United States.

Out of Africa came the historic and inspirational accounts of the extraordinary achievers above, with roots in Kenya. Unbowed: A Memoir (2006) by Maathai and Obama’s famous three books give us valuable insights into the formative years of Kenya that formed their peerless life stories.

After Independence started to unfold in Kenya, Indians who lived here in their thousands, as I explained last week, found themselves in precarious times. Hundreds left for Great Britain.

Indians had arrived in Kenya in several waves and at diverse points in our history. The earliest had come in the 1840s via Zanzibar, when Sultan Seyyid Said relocated his seat of power from Muscat in Oman to the island of Zanzibar.

Together with his descendants, he took possession of the East African coast from the Lamu archipelago southwards through Malindi, Mombasa, Tanga, Bagamoyo, Dar es Salaam and the Kilwas farther south. This coastal belt became a part of the Kingdom of Oman run from the Old Town of Zanzibar, a major tourist hub today popular with Kenyan lovebirds on honeymoon.

Indians working as merchants would settle across this long littoral land of pwani. Some of them worked for the sultans and their treasury like the famous Topan family. One of its scions, Farouk Topan, today is a major scholar of Swahili studies and is the director of the Swahili Centre at the Aga Khan University.

Another generation arrived with the colonial era. After the Berlin Conference of 1884, Britain gained hold of East Africa. Indians arrived in droves to set up dukas. This land was part of the vast British Empire that included India, remember.

Others arrived as part of the colonial labour force Britain needed to expand its penetration of the region. They constructed our old railroad from Mombasa to Kisumu between 1896 and 1901.

Five years ago, Charles Miller published a book titled, The Lunatic Express: The Magnificent Saga of the Railway’s Journey into Africa, detailing how Indian labour was imported in the hundreds from Punjab to build this penetrative line. Most were Sikhs and some later settled in Kenya after the job was done.

Another book narrates captivatingly what became of the Kalasinga railway labourers who opted to remain in Kenya. It is called From the Land of the Pashtuns to the Land of the Maa (2013). This is an informative memoir by Muzzafar Khan. It traces journey and familial legacies of his father from a village in rural South Asia to colonial Kenya as a colonial railroad builder.

Many other Indians from Hindus to Muslims, from Bohras to Catholic Goans settled here in the colonial decades. By the 1960s, the Asians of Kenya were a sizeable and visible community with social institutions, family businesses and high stakes in the new country. Yet, some faced delicate legal challenges of citizenship, given that the new land demanded absolute allegiance and shunned dual citizenship.

With no road backwards to India, the ancestral land, and an uncertain future in Africa, a number opted to move from Kenya to the United Kingdom. Out of Africa, out of Kenya, they became the so called East African Asians. They would be joined by thousands who were illegally expelled by the military dictator Idi Amin of Uganda in the 1970s.

It is from this post-Independence Asian community in Britain, with roots in Kenya, that the new British premier Rishi Sunak hails. His story brings into sharp focus the modernist role this land continues to play in transnational histories of the world of today, courtesy of entangled stories of transcontinental ties in our colonial past.

The premier ought to give us a book of his transcontinental heritage when he gets time to do so. It will be a great continuation of a legacy set by Blixen and Obama, out of Kenya.