A godfather from Uganda called Kizito

Colourful heritage has a telling effect on career in lecturing

• Celebrating memory as a muse of the youth 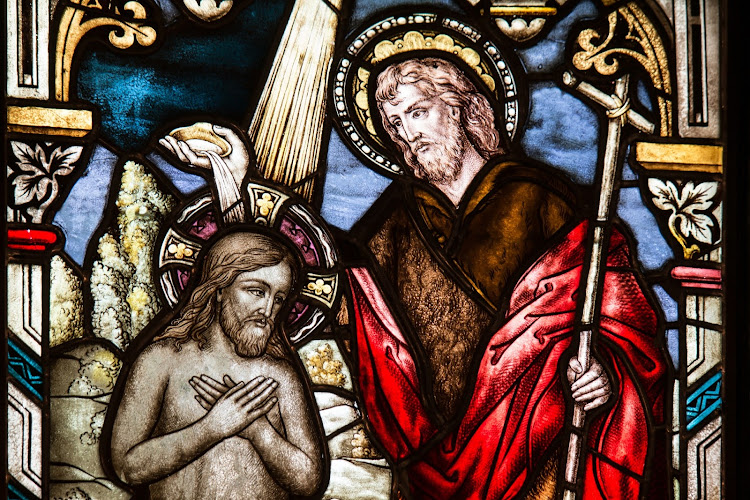 Last weekend, the Catholic world celebrated the Day for the Elderly and Grandparents. It is a day that is hosted by families to rejoice with people who have attained old age. They could be family members, friends or colleagues. To be honest, I was not aware that such a day exists until I received a call from Kampala.

I am a Catholic by religious identification. It is a long tradition in our family and comes from our maternal side. My mother, who hails from Nyeri county, introduced it to us. All her nearly 10 children were baptised in the way of the Catholic denomination.

Most of them were baptised as infants or as children where our parents lived. This is either in Nakuru, Nairobi or Eldoret, depending on which post-Independence decade it was before the turn of the century. Because of unavoidable circumstances, I only got to be baptised in adulthood. It was in 2002 in April, just as I was winding up my first degree.

The priest at the university where I decided to be baptised the Catholic way had a challenge. He was used to children showing up for catechism classes before being baptised. It was rare in his parish for adults to appear for the same. I did.

He pondered on the matter and I am sure made divine consultations. He requested me to take another two weeks to think if I really wanted to do this. I did.

Like men of Mount Kenya, or those of Mount Elgon, where for ages have descended my twined bloodline, had I been alive two centuries ago, I would have consulted a soothsayer to determine my kismet. After the two weeks of soul-searching, practically, I returned to the collared man of God.

He measured a cup of Kericho tea in a good cup made in China and engaged me in his American English. I recounted how my maternal roots lie deep in Mount Kenya and dip into Catholicism in Central Kenya.

My mother is the grandchild of one of the earliest converts to Christianity in Mount Kenya. Her own mother was taught the religion by her father. This lineage shows I am a direct fourth-generation Catholic in our family history based on my maternal relatives.

On my father’s side, most relatives, as is the case with Bukusu folk, are of the Friends (Quakers) denomination that arrived among them in Western Kenya a century ago. This explains why the dominant high school there was founded by the Friends missionaries.

It is called Friends School Kamusinga or simply FSK. It is a national boys’ school of great fame with eminent old graduates, such as the poet Kisa Amateshe of Kenyatta University.

The famous literary critic called Prof Chris Wanjala of the University of Nairobi’s famous Department of Literature studied there decades ago. The current Higher Education PS Dr Simon Nabukwesi was a head there, too.

Let us go back to the good priest from Pennsylvania. By now, you can tell I took the maternal side of these Christian affairs.

History of Kikuyu Town as ‘cradle of education’

Mothers are supreme when it comes to religion choices in most families in Kenya. They are powerful and form the first line of conversion of most children, my age-mates in their 40s and those ahead of us included.

The Padre asked me to identify a person to be my sponsor or godfather at baptism. This is in keeping with Catholic practice and most African traditions.

Take the case of circumcision. It is common in many tribes to have someone sponsor your child to face this rite of passage. Such a sponsor becomes a key pillar with massive ushawishi over the life of the novice.

I did not know who to choose. I was at the edge of my undergraduate degree and already transitioning to a postgraduate degree. My sages were either non-Catholics or vivacious traditionalists.

The American priest, with a military background, thought outside the box. He requested an eminent member of his parish and council to do him a favour. The favour was to be a sponsor of someone he knew not. The man was a don from Uganda working at Kenyatta University.

This is how I ended up with a godfather from Masaka in southern Uganda and the name Kizito.

Kizito is one of the 22 martyrs of Uganda who the belligerent Kabaka Mwanga killed in the old 19th Century. Kizito is considered the patron of children today. He was the youngest of the 22 ill-fated youths.

His name fit me well as I would later become a teacher, counsellor and mentor of young people in Kenya and beyond.

My godfather retired and left for Uganda at the start of the Covid era. We do calls on WhatsApp each Sunday.

Last Sunday, he reminded me it was the International Day of the Elderly. I told him this:

“Dad, you will never age. You will live on in me, and others you patronised, just as the name Kizito from Uganda. Read the Gospel of Luke 6:40 on October 1st.”