History of Kikuyu Town as ‘cradle of education’

It is home to Maambere School, Kikuyu for ‘the first ones’

• In 1926, the ordination of the first African pastors in Kenya was done in Kikuyu 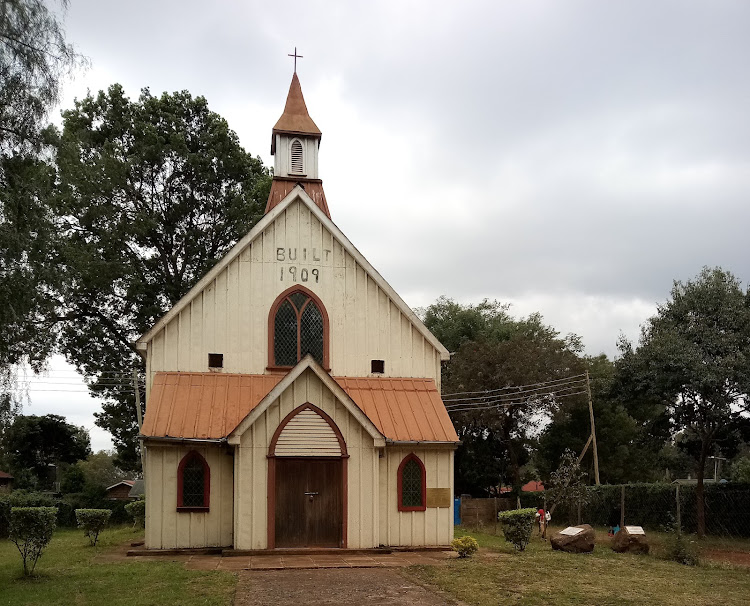 The Thogoto Chapel, also known as Watson Chapel, that was established in 1909
Image: MELINDA KIRWA

Kikuyu Town is one of the oldest towns in Kiambu county that exhibits rich history, having sprouted from colonial missionaries in the area.

It is where the founding father of our nation and the first president of the republic, the late Mzee Jomo Kenyatta, was born, raised and schooled before he later went abroad to further his education.

Kikuyu is home to the Scottish Mission that the locals refer to as the Thogoto Mission.

In 1891, an invitation was made by the Imperial British East Africa Company, having realised that the interior of the land they had settled on was ripe for evangelism.

A team of missionaries left London for British East Africa. They set up a mission station in Kibwezi under the name East African Scottish Mission.

Owing to the infestation of malaria in the area and the subsequent loss of lives of some missionaries, Rev Thomas Watson decided to move up to Dagoretti in 1894 to explore the possibility of moving the mission station.

They eventually moved in 1898, where they constituted themselves as 'Church of Scotland Mission' (CMS). And in 1900, Watson died of pneumonia in Kikuyu.

The Thogoto Chapel, also known as Watson Chapel, was established in 1909.

The Maambere School, Kikuyu for ‘the first ones’, is considered to be the cradle of education in Kenya.

In 1901, the school, which had only one classroom, opened its doors to both boys and girls and learning was conducted orally.

It grew in strength under the stewardship of Minnie and it consistently showed an increase in the number of students.

History has it that in 1909, boarding dormitories were set up and by 1920, the school had offered basic education to over 3,000 pupils.

In 1926, the ordination of the first African pastors was done in Kikuyu. They were Revs Musa Gitau, Benjamin Githieya and Joshua Matenjwa.

In 1956, the Synod of the Presbyterian Church of East Africa and the overseas Presbytery of Kenya absorbed the mission. The congregations over which they had jurisdiction united as one church and adopted a constitution.

PCEA Church of the Torch In Kikuyu, which started construction in 1929 and was later opened in 1933, is today referred to as PCEA Kimuri.

In the Kikuyu language, ‘kimuri’ means ‘the torch’.

Kikuyu has experienced a lot of growth and development. The Christian mission led to the birth of many institutions, such as the PCEA Kikuyu Hospital, PCEA Kikuyu Day High School, PCEA Rev Musa Gitau Girls’ Secondary School, Thogoto Teachers’ Training College and even Presbyterian Theological College, currently the Presbyterian University of East Africa.

Other institutions include the Alliance High School, which was founded and headed by one of the greatest mathematicians, Carey Francis, and was one of the first schools to offer secondary education to Africans as well as its sister school, Alliance Girls’ High School.

The ironies of Kenyatta Avenue

Streets as locations of culture and the future