Of Chinese, Kibakism and careers based on competency 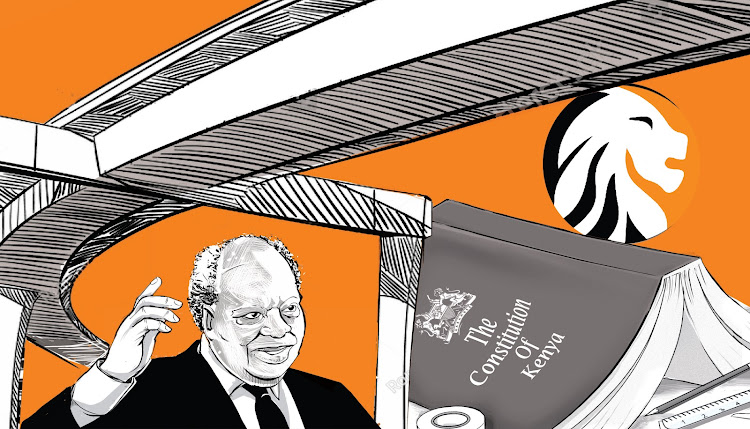 Ngilandala Peki speaks a little English. However, it is more than the language he loves the most. He is one of the modern Kenyans who can introduce himself in Chinese.

He is known to swear in Chinese whenever things go haywire. He knows two lyric stanzas from an old Chinese ballad also. He croons them with Kibukusu accent, making the words both foreign and real in equal quantities.

It does so by the posho mill, where he perennially entices without luck dainty damsels of the village on flour-making missions. Peki's Chinese arises more from the nguli gin he partakes in plenty. It is made out of bronze syrups that remain as refuse after sugar is made in the brand new Kauka Sugar Factory.

Normally, Ngilandala speaks his words silently as thoughts. He enjoys this weird mode of communication. He calls it in his head: the eloquence of silence.

Villagers of this parish recall that he was a late learner of the lively local language in this part of Kenya. He is a perpetual stammerer to this day. His stammers stop after he oils his voice box with the pungent sugary gin. On such occasions, many nod he is the best ballad crooner in the entire Bungoma.

He is one of the few night singers in Kenya who can beat a constellation of crickets at their own game. Records of memory here show that about two people have died from the sheer pleasure of listening to him chant Chinese with Bukusu accent under a full moon!

Peki gained his meagre Chinese from his years as a road builder in the Kibaki era. Here is a man many call "engineer". They praise the gnarled palms made lame and full of scars by a hot tar incident. The Chinese boss paid him a plot of sugarcane in compensation but laid him off.

Nowadays, he pretends in a local nursery school as a qualified teacher of toys and that chewy language from China known here as Mandarin. It is one of the languages in the lower echelons of the new CBC system of education in Kenya. Actually, this CBC is a boon in disguise with its insistence on practicality of things.

Ngilandala acts as a support staff in the mud and iron-sheet academy. He helps the kids to competently create toys out of mud and dry sugarcane stalks. He shows them how to make mock roads with mud, water and artistic imagination.

His pupils drive their mock cars on these mock superhighways. They derive satisfaction and peals of laughter.

Occasionally, Peki doubles up as one of the language tutors here. He pretends to teach his pupils Chinese on each Parents’ Day. Kids of his “class” line up before multitudes of parents and sing the old beer song from his Chinese roads’ company days.

Then Peki loves pretending to be a soloist as he swings imaginary guidance in the air with inebriated confidence.

Most parents suspect it is a show of nullity yet enjoy seeing their kids competent in Chinese. They disperse later full of praises for Ngilandala Omuchaina!

The recently deceased president imported Chinese to come build tarmac roads for him at the turn of the century, his golden era.

“Which item across Kenya will you meet that is not made in China nowadays, apart from coffins and oxygen?” the old leader, a respected economist trained in the heart of the old British Empire, had theorised.

“Why make things in China and import them, yet you can import China itself, or at least its wise men, to make things here?”

Ngilandala Peki was one of the beneficiaries of this theory of Kenyan renaissance now known as Kibakism.

Like hundreds of dropouts, this liquor-loving dropout, the only son of the main village rainmaker (seer) in Bungoma county had metamorphosised overnight into an experienced roads engineer courtesy of China.

He had learned, against odds, how to make complex roads using tarmac. He had been taught using sign language, mind-boggling elements of civil engineering. His competencies were acquired minus notes and degrees. His was a practical technical exposure, CBC-style.

People here point at him while talking of Kibaki and China. To rise to the deputy foreman position of Pek Jeng Construction Group of Companies had not been easy. He had risen to this slot from scratch as a stone-pounder.

Ngilandala learned most of the elements of civil engineering through sign language, fantasy and Chinese grunts of many tones. He learned how to read the furrows on the forehead of the chief engineer Pek Jeng Bazeng like his rainmaker ancestors used to read clouds for rains.

Luhyas agree that Ngila is the only telepathic human outside the Holy Bible who can read dreams and interpret them. Didn’t he decode wishes of the Chinese engineers then ballad them out as commands during work hours to the bent backs of black labourers who built the great, shiny black Webuye-Kitale highway?

Telepathy appears to be an old pathway to knowledge that deserves better attention from scholars of artistic and artful communication. If it helped build Kibaki roads, by making strangers work seamlessly, can it help fortune-tell the political future of Kenya this year?