•Gabrielle talks of growing up and going to school in a predominantly white area and being just about the only Black person in her school.

•This, as her father told her, meant she had to work harder than anyone else to get any credit. 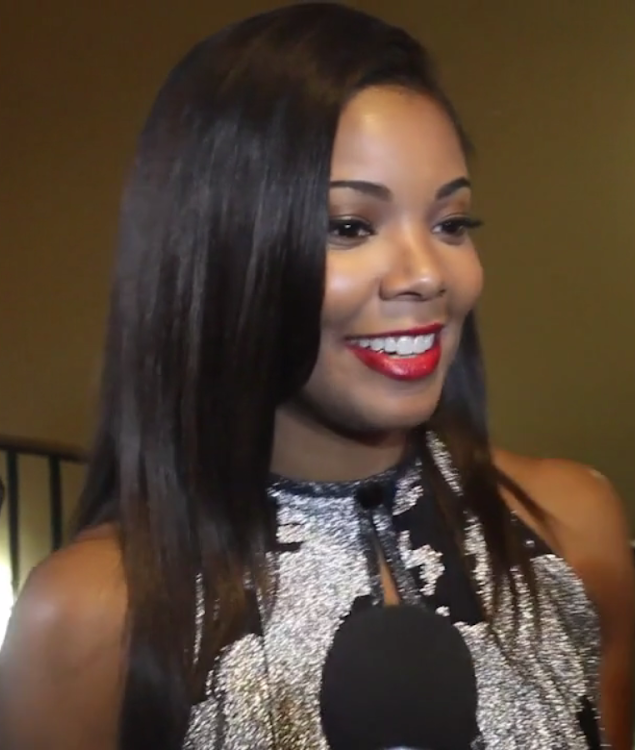 Raw, candid and hilarious; these are some of the words that describe Gabrielle Union’s ‘memoir: We’re going to need more wine – stories that are funny, complicated and true’.

I read the memoir, right after reading one by Kamala Harris: ‘The truths we hold’.

So you can imagine the shift in tone and flow from one woman in politics to another in Hollywood.

While Harris’s memoir was much more guarded, with only a few glimpses into her personal life and more of a focus on her career in the criminal justice system and later politics; Gabrielle wore her heart on her sleeve in her memoir.

The book, as the title suggests, is a collection of stories – some related, some random about Union’s life experiences.

Union covered just about every issue affecting a human being during their life, but more so, a black, woman living in a country where racism is still very much alive.

Gabrielle’s dark humour cut through some of the more difficult topics, all the while highlighting the human condition.

Colourism, race, women and their careers, relationships and marriage, trying to conceive, trying to fit in, rape, being a ‘nice girl’ and money were just some of the issues discussed.

Gabrielle fearlessly – or rather, in a feel the fear and say it anyway way – talks about how many of her decisions growing up were made based on trying to fit in – what she refers to as assimilation – rather than based on what she liked, what was right or what should have been common sense.

Gabrielle talks of growing up and going to school in a predominantly white area and being just about the only Black person in her school. This, as her father told her, meant she had to work harder than anyone else to get any credit.

She talks of making sure she ‘assimilated’ well by having the right accent, listening to the right music, dating the right people – even if she did not necessarily like them, but because it would look good on her if she dated certain people.

This ‘dating the person who looks good on paper’ led her to getting married to a man she knew was not good for her and she says the marriage was over as soon as it happened. This was her first marriage.

This same ‘good girl’ behavior is what caused her not to raise the alarm when at 19, working for a shoe shop, she saw a suspicious man enter the store she worked in part-time.

Being in a predominantly white neighbourhood, as much as it was not good to stereotype, especially concerning one of her own – a Black person – the reality was that it was not common for Black people to come to the store. Union narrates how she sensed something was not right when a man entered the store, after dark, just a few minutes before the store closed. But being a ‘good girl’ she decided not to call 911 on a fellow Black person. She ended up being raped and she told of how her colleague who was with her at the store – a white girl - did nothing, and instead turned the story to be about the trauma she experienced even though she was not raped.

Union talked about the fight for space in Hollywood as there was an unspoken rule that there was only space for a few Black women. She recounted a time when she met a younger, upcoming actress whom many said resembled her and when journalists asked them for a photo, despite Union having a reputation for never aging - as she put it - it dawned on her, that she might be soon rendered obsolete with the entry of a new, younger actress who offers ‘cheaper labour’. The topic of women supporting women came up in a chapter titled ‘Grown ass woman blues’ where she spoke about her and her friends meeting up every now and then for lunch to catch up and one of her friends brought up the topic of a younger woman who appeared to be more efficient and aggressive who seemed to be on a mission to push her out of a job in the corporate world. Union told her friend to support the young lady, since she knew the struggle of trying to climb up the ladder without someone to hold her hand. However, her friend said that as much as the suggestion sounded altruistic, it was idealistic. It was at that moment Union shared her experience and feelings when she stood next to a ‘younger version of her’ and the fear of becoming obsolete.

On the topic of relationships and marriage, Union talked of not being monogamous during her younger years, but changing her stance later on. She spoke of dating people for how they ‘looked on paper’ and of many of her relationships before her husband Dwayne Wade being ones that she was the breadwinner.

Union speaks openly about how aggressive the negotiations for her prenuptial agreement with Dwayne were and how she saw her worth being reduced to someone ‘worth less’ and literally ‘worthless’. This is after her lawyers were told to give a figure for what she would want to walk out with if she and Dwayne divorced and after giving a figure, his lawyers said she was ‘worth less’. Union said Dwayne was never apologetic for his lawyers aggressively negotiating the prenuptial agreement. Union said she was resentful and still is about it.

On finances and having money, Union talks about how being rich doesn’t shield one from the reality of racism in the US. She gives an anecdote about her step children – Dwayne’s two sons – who one time wanted to go to a gym in their neighbourhood – a rich suburb which is predominantly white – and she had refused to let them go as it was 9pm and with the realities of Black people, and more so men and boys being seen as ‘suspicious’, it was not safe for them to go out to the gym, which happened to be the house of a friend who had turned it into a swanky training centre. Union and Dwayne were given a key to the gym. Although the boys did not get their way the first day, the next day they asked for permission from Dwayne when Union was away and he let them go, giving them the key they had been given. It was 10pm. When Union got wind of it, she went into panic mode and dropped what she calls a ‘Black bomb’ – raw truths about being Black in a country grappling with racism. She told Dwayne that if the key didn’t work and cops were driving in the neighbourhood, they would immediately assume they were trying to break into a house and they were at risk of being harmed by police. Union spoke of how she had trained the children to behave in strangers’ homes during sleepovers – she would tell them to stay within the group and not wander around because they were Black and if anything went missing, it would immediately be assumed they were the culprits – black bombs. The children were teenagers. In the case of the gym, Union and Wade went to get the boys and true to form, there were cops patrolling, who only lowered their guard when they recognized Dwayne – a celebrated basketballer.

The theme of racism features predominantly in the book, with another anecdote about Union and her family renting out a home in Chicago during the season Dwayne was working. She spoke of how she had to think of how to address her neighbours beforehand in order not to give off a sense of not belonging in the area – a rich, predominantly white suburb. Union recalls how a white woman looked at her with trepidation as she asked to be excused as she walked across a narrow path. She remembered distinctly hearing the word ‘thug’ as she walked away.

Colourism is also covered extensively in the book with Union saying she was often told she was beautiful ‘for a dark skinned girl’. Union also told a story of how many Black people were trying to look as light as possible to move as far away from being Black as possible. She recounted how she was mentoring a group of youths and took them for a walk. It was sunny and she realized there was a boy who would run when in the sun, then walk once he got to the shade. When she enquired the reason for this, the boy said he was afraid of getting darker through exposure to the sun. Colourism is an issue that is not unique to the US, even here in Kenya, the light skin ‘rangi ya thao’ issue is real with and for women.

On the issue of trying to conceive, by the time the book was published, Union did not have biological children and spoke about the insensitivity of blogs who would keep ‘making’ her pregnant whenever she was a little bloated when in actual fact she was trying to have children through IVF and it failed several times. Union and Dwayne now have a child – a daughter. She also spoke about the challenges of being a step-mother and knowing her place and never being deceived into thinking she could take her step-sons’ mother’s place.

The book, however, does not have photos, which help make a memoir more revealing.

All in all the memoir is candid, humourous and relatable. I give it 4/5.