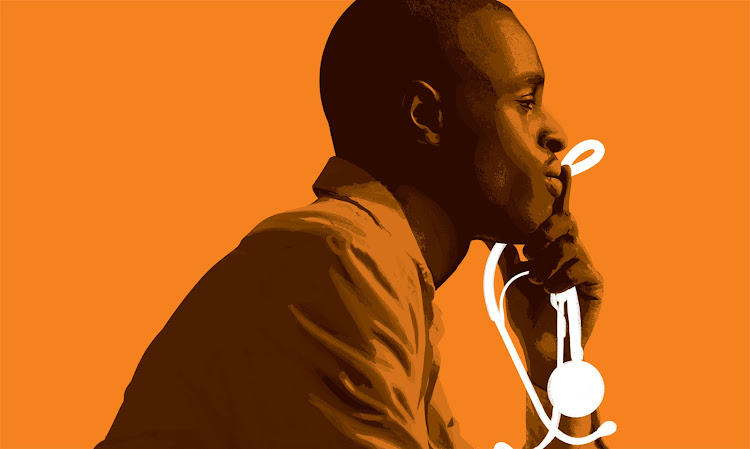 Early this month, the government received the comprehensive report of the Mental Health Taskforce. The team is headed by distinguished psychologist Dr Frank Njenga.

The report painted a bleak scene as mental health and illness cases soar across the country in the global outbreak of the new coronavirus and Covid-19. The taskforce handed the report to the government on July 7 after working ably for eight months on this topical matter in Kenya today.

Receiving the report at Afya House in Nairobi, Health CS Mutahi Kagwe highlighted the key findings. Ill health and psychosocial disability are the two major sources of mental health problems in Kenya. Yet, it is paradoxical that Kenyans still understand mental health and mental illness issues from spiritual and cultural perspectives.

Narratives abound on the real and perceived root causes of mental illness in most African societies today. There is a clear stigma associated with mental health going way back to traditional societies and practices. Most cultures interpret mental illness from their indigenous beliefs and knowledge systems.

The Kiswahili word for a mentally ill individual is quite literary. ‘Mwenda wazimu’ can loosely be translated to English as 'one possessed by the spirits, or one who has taken a journey to the world of spirits'.

Mzimu and mizimu are basically an ancestral spirit or ancestral spirits. Wazimu in English is madness, which is simply the state of having being earnestly mentally unwell.

The deviation from norms and unexpected social behaviour displayed by mentally ill individuals often leads to stigma. Such expressions of odd behaviour, or spiritual possession, are explained in terms of taboos, curses and other paranormal phenomena.

It is common to hear that a mentally ill individual is the subject of a curse punishment or is atoning for the misdeeds of an anonymous ancestor. The Bible is even cited as a source of such explanations of generational punishments.

Popular media, such as television or radio or even film, are major avenues for perpetuation of this social stigma against mental health across Kenya. Nigerian films and their Tanzanian counterparts showcase mental illness as a punishment from the divinities. Often, science is relegated to the margins as the arts reign supreme on the topic of mental health on the continent.

Indeed, African literature is rife with books tackling the element of madness and insanity in modern society. Chinua Achebe’s Arrow of God, Nawal El Saadawi’s The Innocent of the Devil and Bessie Head’s A Question of Power offer classical literary treatments of the taboo subject.

Other literary heavyweights who have astounded their audiences with their literary insights on the topic are the gadfly of Zimbabwean literature, the late Dambudzo Marechera, and the controversial performance poet Lesego Rampolokeng of South Africa. The latter has tried to even come up with the language for insanity.

His lyrical protest poetry is machine gun music splattered on the surface of modern conscience. His poem, curiously titled, Habari Gani Africa, goes like this:

bloodstains on morguesheet sweat of impotence/ born to die lie dead in the street the lie of omnipotence/ scarstripes on the soul sign of demention/delusion look of drugged minds hidden behind illusion/ & outside the grenade-reality-cracked window the botched moment /licemen of the west bearing gifts rearing rifts of torment/come to perform reconciliation a land’s abortion operation/nuclear wasted to the world’s acceptance….

The tone and atmosphere created in this cacophonous diction illuminates a fragile world steadily falling apart. It mirrors the splinters of a metaphorical society, whose reflection defies the expressions of ordinary speech.

In such a moment of artistic orgasm, poetry becomes a celebration of chaos as the manger of deep thoughts. Rampolokeng gives voice to the question once raised by Francis Imbuga on what happens when the madness of an entire nation visits the mind of an individual.

Standing on such steps of conscience with this voice from the lost generation of apartheid South Africa, Kenyans ought to open up public discourse on mental matters around us today. It is no longer a secret that many families are grappling with the psychological burden of the coronavirus pandemic in very real terms.

Incessant news reports about soaring domestic violence and social malaise underline the urgency of these concerns. Clearly, the subject of mental illness should no longer be hidden behind the curtains of polite inaction. We need to engage with it from the artists’ points of view as well as the recommendations of clinical experts, such as Dr Frank Njenga and his team above.

To couch the topic on traditional perspectives of taboo and stigma is to aggravate an ongoing disaster. Kenyans battling with aspects of mental illness should not be forgotten, even as the Covid-19 pandemic soars across the country. In arts, media and science, a collective effort must be made to confront mental health and mental illness in both public and private domains of our lives.