Men's perspective: How to turn him into a good husband 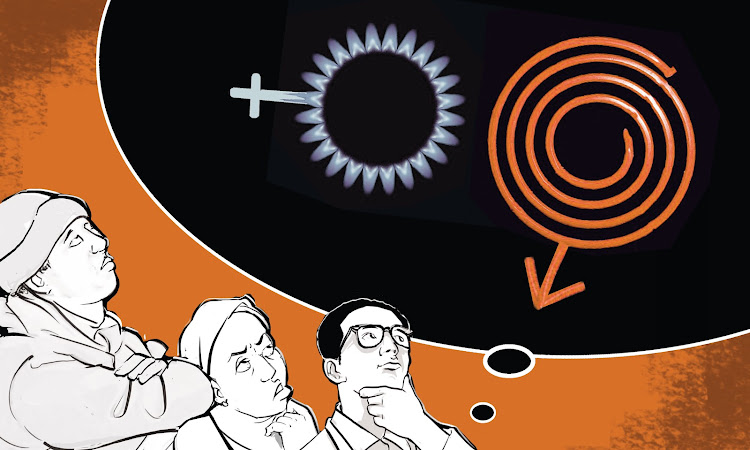 There have been debates on how women should turn their men into good husbands.

Most men desire to keep ladies who can randomly gift them, send them money and even pay random bills whenever they are eating out and shopping.

"She has to make it a routine of shaving my pubic hair," these were the words of how one certain man would like his woman to treat him.

Trevor Migosi, says he'd be so happy if his woman would kneel while serving him dinner.

"Unaona venye wasichana wa Uganda wakona adabu?  (Do you see how Uganda women are disciplined? ) They kneel while greeting and serving their husbands, that's what I desire," he said.

Migosi, says he would be so happy if his woman woke up in the middle of the night just to check up on him, and confirm whether he is breathing.

James Otieno says he is looking for a woman who can wash him more regularly, do bathroom wash, leg wash and even massage him.

The 31-year-old lawyer said he would be so happy if his lady introduces him to a self-care routine.

"A lady that knows I am supposed to have manicure and pedicure, facial routine and massage is all I need right now, we men need to be taken care of," he said.

Otieno also said that women should frequently allow their men to go on road trips with their boys, and attend boys' night out without making several phone calls and asking when they will be home.

"There are days I just want to be with the boys, talk boys stuff and just be away from being nagged and asking weird questions, going out with the boys also opens up my mind to view things from a different perspective," he said.

He also says women should normalise bringing other women into the relationship.

"At times, I wonder whether my woman wants to get intimate with me as I am the one who initiates the sex. I'd be really happy if for once she makes it her department," he said.

"Ata akija juu, it won't hurt," he said in laughter.

This is loosely translated to even if she comes on top, it won't hurt.

Nyakundi also said women should say sorry regularly, as it won't make them lose a day when they say so.

"To be very honest, it is very sexy to hear a woman say sorry, but most of them don't have that word in their dictionary, saying sorry is not a crime," he said.

Do not chase one woman for too long, says Letoo

If she does not 'co-operate' on first date, she can be 'side-chick or 2nd wife'
Sasa
2 weeks ago

The prince has been criticised for discussing killings in Spare.
News
2 weeks ago
Post a comment
WATCH: The latest videos from the Star
by MANNY ANYANGO Digital Journalist and Social Media Executive
Sasa
14 January 2023 - 21:04
Read The E-Paper