How couples should behave when in matatus

Be protective when travelling with bae in public transport

• The mannerisms of couples inside a matatu reflect the societal standards 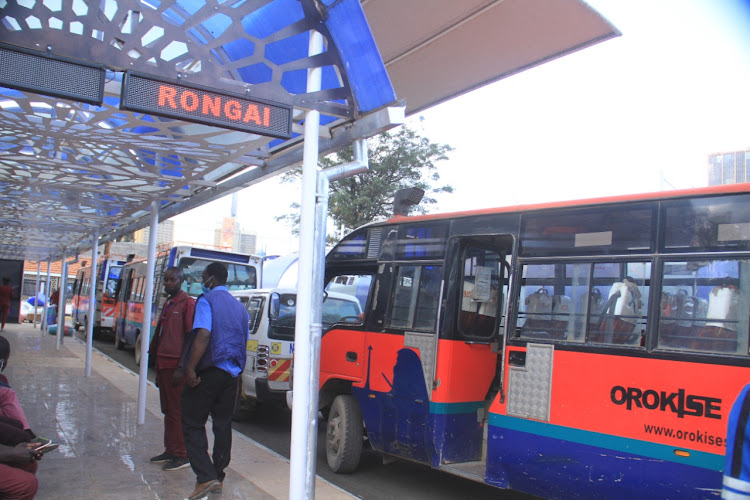 Matatus line up at the Rongai Station in Green Park terminus on May 28
Image: EZEKIEL AMING'A

In an age where taxi hailing apps have become the go-to for people going on dates or wherever, it is refreshing to see others stick to matatus as their mode of transport.

Granted, I would understand why you and your significant other would rather call for an Uber or Bolt when travelling together. It offers you a personal and safe space, where the two of you can talk without the fear of prying ears.

Sometimes, you want to show her some PDA — public display of affection — and this may not be possible in a matatu setting, where you are likely to attract envious or disapproving looks from other passengers.

However, due to unavoidable circumstances, many couples may be forced to take a matatu together to their destinations. Funnily, as a regular customer of matatus, I have been doing a lot of observation and noted some interesting things on how men behave when with their spouses inside a matatu.

Overall, the mannerisms of couples inside a matatu reflect the societal expectations of how men and women should relate with one another. From a masculine perspective, I would say that the ritual of boarding a matatu together and choosing where to sit mirrors the protective role of a man.

Rarely would a man board the matatu first before his girlfriend or wife, or even sister or mother. I guess it would be ungentlemanly and an abdication of the protective role if a man were to get into the matatu first while the lady is still outside.

What if someone were to snatch her purse? Or even start harassing her? On that note, do Kenyan male drivers open the car door for their better halves? A question to be answered another day.

Another interesting mannerism I have noted is that the woman often sits next to the window, while the man sits near the aisle. It is all part of safeguarding her as her bodyguard.

Moreover, there are passengers who unknowingly step on the shoes of their peers sitting near the aisles. Spare your girl from these frustrations by being the sacrificial lamb.

When alighting, it is also the man to do it first before holding out his hand to help the woman do so as well. From my experience, I do it as a security measure, checking whether the coast is clear before my 'bae' can alight safely.

What if she alights first and encounters a street urchin? City council askaris running battles with hawkers? Woe unto you if that happens because you would have failed to fulfil your role as a protector.

Dear Kenyan man, do you practise this etiquette when in a matatu with your spouse or not? There could be more... I look forward to harnessing more results from my observations.