ALL ROADS LEAD TO LAKESIDE

• With 10,000 delegates due, the lakeside county will make approximately Sh2 billion 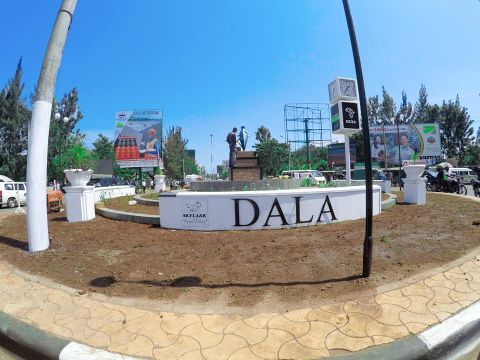 Dala, Kisumu city, where the 9th Africities Summit will be held from May 17-21
Image: COURTESY

When Africa’s local governments congregate in Kisumu City from Tuesday to Saturday next week, key issues they will discuss include climate change, resilient housing, renewable energy and food security.

But the city expects to gain both intellectually as well as financially with up to Sh2 billion in revenue expected.

Aloyce Ager, the coordinator of the 9th Africities Summit, says the buzz around the summit is high.

“Covid-19 reminded humanity that the planning needs to be revisited. For instance, how would we manage if another pandemic breaks out around the world?”

The continental discussions will also explore how technology will help plan Africa’s cities and urban areas. Discourse such as how to improve an urban area’s green spaces, reducing carbon emissions and putting up more walkways. Can our cities manage unforeseen situations, such as flooding and climate change? How do local governments finance the development of their cities? How can intermediary cities be better governed?

The eighth Africities Summit was held in 2018 in Morocco. Ager, who attended the summit, adds that Marrakech and other local governments in the northern African nation have autonomous decentralised governments. They are, therefore, at liberty to implement some decisions without interference from the national government.

Kisumu county has ambitious projects, including one to build a level 6 hospital to match hospital facilities like those in India. However, the county, just as others, needs access to foreign direct investment without having to get National Treasury to underwrite such projects. The question is how to go about that, Ager says.

This has led the lakeside county to develop its own Kisumu Local Economic Development Plan, which it will use to interrogate Kisumu’s economic worth vis-à-vis how much the national government is ploughing into the county.

Delegates to Kisumu summit will get top-notch care— Nyong’o 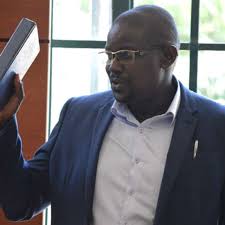 The summit will include pitching to various investors on what the lakeside city can offer the world. This will include showcasing the lakefront, the special economic zone, the blue economy among other areas of possible collaborations. Ager feels that the national government should step in and provide infrastructure such as water, electricity and capacity necessary to enable the private sector to put up profitable businesses.

As the hosting city, Kisumu is expecting to retain 100 per cent of the delegates’ fees, which is at 350 euros per delegate. With an expected 10,000 delegates attending the forum, the lakeside county will make approximately Sh2 billion.

Kisumu City has already signed a training agreement with the Rabat regional government in tourism and economic development. The Marrakech delegation that visited in late March also showed interest in working with Kisumu County, an opportunity Ager says will open dialogue as they look forward to hearing how Marrakech is packaging their tourism products, including selling deserts as foreign attractions, and succeeding at it.

“Kenya sits in the centre of the continent and has among the best climates globally. We can package our sites, interesting products such as the Turkana Boy and other unexplored points of interest that will pick the interest of the world,” Ager said.

The Kisumu exhibitions will not only be physical but virtual, where at least 4,000 delegates will follow the conference plus exhibitions from anywhere in the world.

The exhibitors are expected to pay for physical space and as well put up their wares on the virtual pavilion space. A viewer who has paid to join the virtual exhibition can download the materials from a stall of interest after taking a virtual walk through the stalls.

A first time Kisumu experience for a man from the mountain
Fashion and glam at Kisumu Plus-size Affair
by Mercy Gakii @Gakiiz
Sasa
13 May 2022 - 04:00