A first time Kisumu experience for a man from the mountain

Kisumu - a place of great stories anthropologically, the Luanda Magere and Gor Mahia.

• Dunga Hill Camp is a perfect site for camping, events and live band performance.
• The Kisumu Impala eco lodge boasts of a perfect view of the Lake, as one can spend time on the MV Uhuru (a boat inside the lake). This past month I got the opportunity to visit Kisumu on an all-expenses-paid trip by Google.

The company wanted to showcase how Kisumu looked using their innovative apps like google maps and google photos.

The trip which was sponsored by Google Africa aims to organise the world’s information by making it accessible to everyone through the use of Google Maps.

The trip was one for the ages and exposed me to another side of Kenya that I had not seen before. I must say that for a man from the mountain, the city for me had held a mythical and stereotypical place.

It was a place of great stories anthropologically, the people of Luanda Magere and Gor Mahia and at the same time for me, violence and aggression, which was the most prevalent theme.

I am happy to say that that stereotype that is common in the media about the great town of Kisumu was dispelled during my recent trip.

Leaving JKIA on a Friday morning, I had butterflies and not from my impending visit to the lakeside city. My anxiety was caused by the anxiety of flying for the first time (yes I will admit that was my first time on a plane!).

My fears were unjustified as the trip was one I enjoyed immensely and was shorter than I expected. The trip from wheels up to wheels down took about 15 minutes.

In Kisumu International Airport we(me and a couple of other media professionals and brand influencers) were taken to the hotel we would be staying at, the Sovereign Hotel in Kisumu. 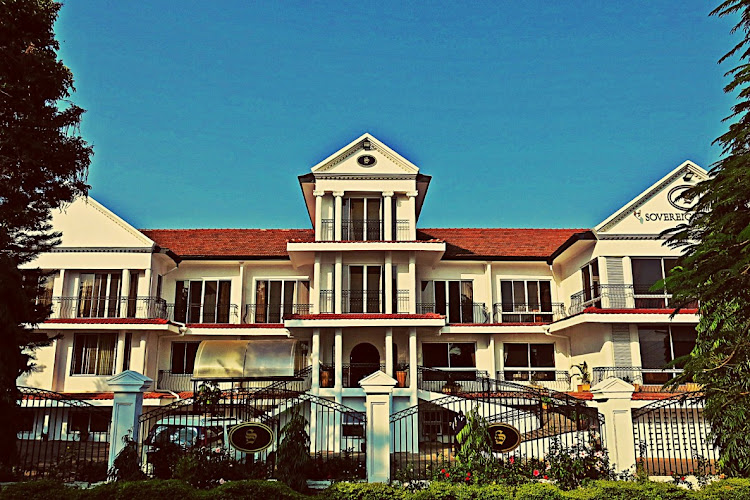 After a quick brief where we were updated about our itinerary and how we would be using google maps on the trip, we quickly freshened up and went to the first point of our trip.

We were supposed to walk to the peaceful Kisumu Impala Sanctuary from the hotel. After setting the Google map coordinates for the walk we embarked.

The location around the Sovereign Hotel looks like the Karen suburbs in Nairobi with well-manicured lawns and lush greenery.

The walk to the nature reserve was brisque. We finally got to the reserve and what shocked me about the place was the variety of animals in the quiet, chilled environment where one can have a picnic or camp. If you are a nature enthusiast, one can learn about different types of trees in the forest section. 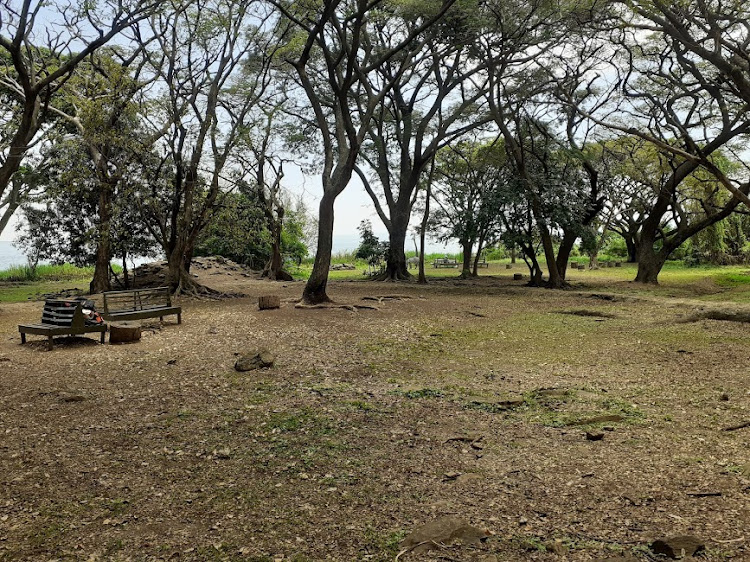 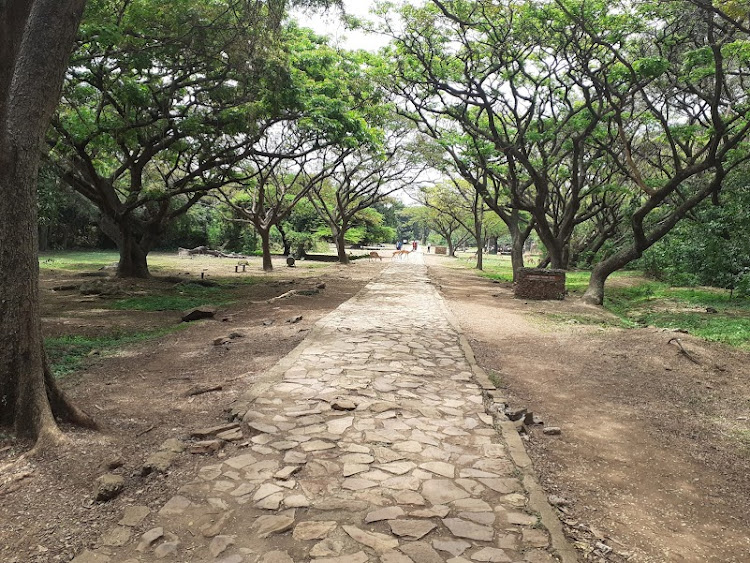 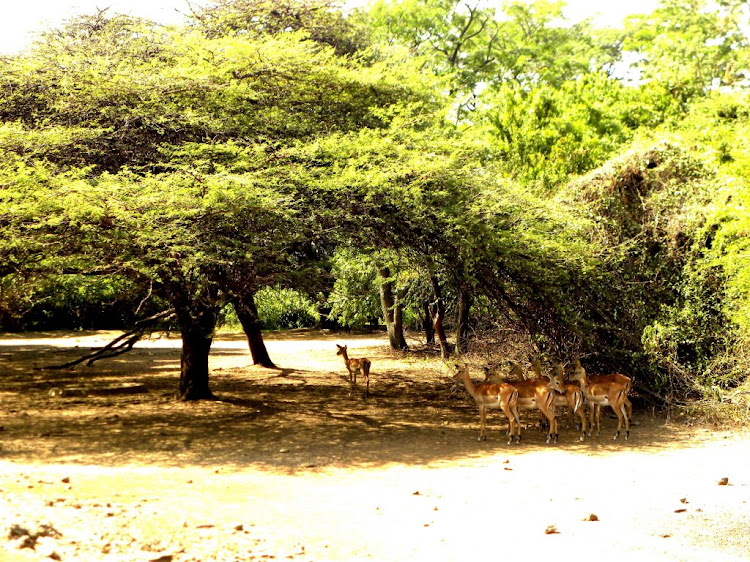 Whether it’s brunch, buffer lunch or different cuisine, from the Impala park you can head deep into the Impala Ecolodge for meals and drinks.

The lodge boasts of a perfect view of the Lake, as one can spend time on the MV Uhuru (a boat inside the lake).

After the tiresome yet fun trip, we had lunch at the hotel. After that, we went to the scenic Hippo Point.

Just from the name, one can get that hippos frequent the open tour site located at the shore of the lake. When you visit the area during the day or late in the evening, you are likely to see the wildlife roaming around. Be careful, hippos are known to be very territorial and will get aggressive when defending it.

The scenery was like that from a 70's or 80's movie with revellers enjoying themselves in their cars as the sunset.

It also boasts one of the best spots to see the rising and setting of the sun in the region.

Alcohol from outside was allowed with the crowd being friendly and thoroughly entertaining if one felt the need to fraternise.

We also enjoyed the mesmerising bead-making at Jackson's beadwork shop. The man is a master at his craft and will make you an ornament of your choosing while you watch. You can also make your own as he skillfully teaches you.

After that, we went to perhaps my favourite place of the whole trip, Dunga Hill Camp. It is a perfect site for camping, events and live band performance.

The best part about the place was the live band that was performing around one of the outdoor restaurants that border the lakeside. The bar is unforgettable as it is a converted Volkswagen van. 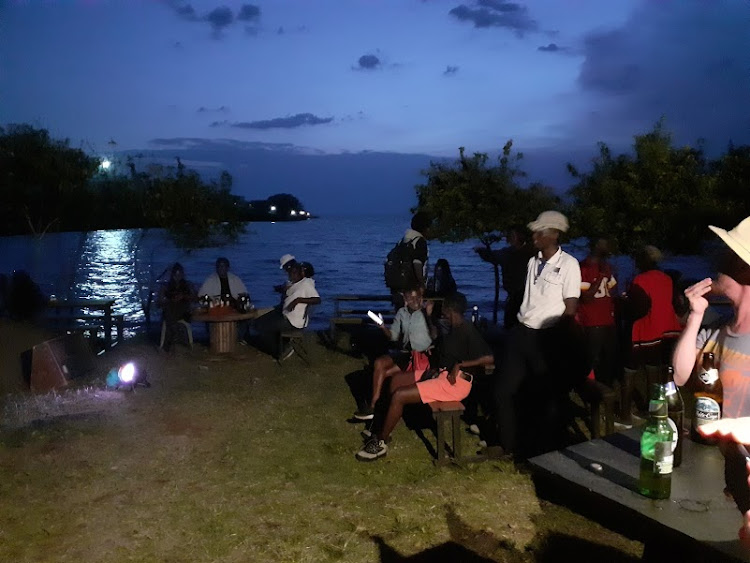 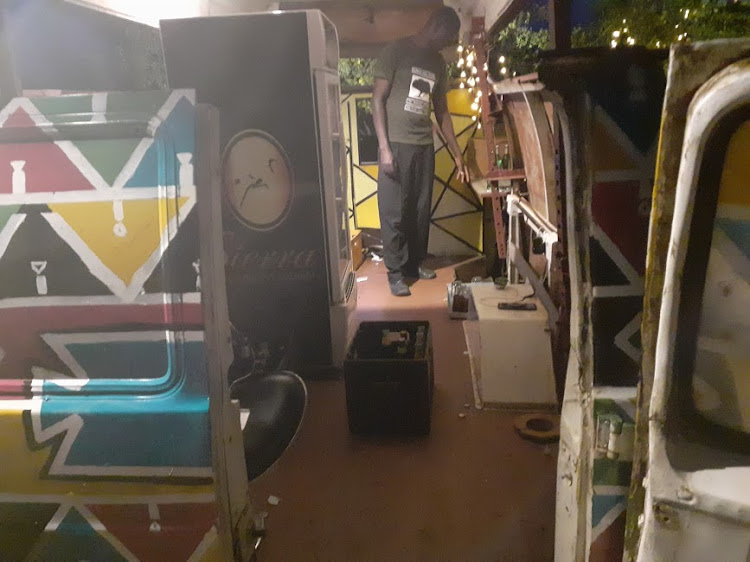 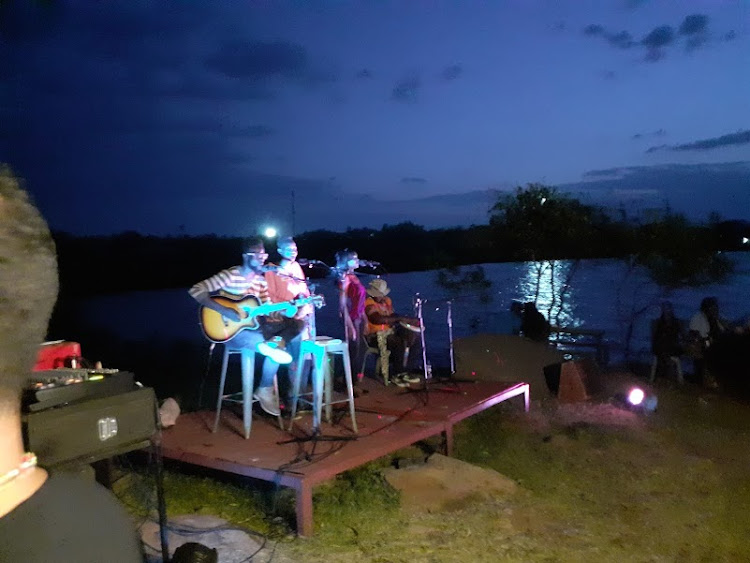 Later on we went for dinner at a restaurant I will not name as the service they gave us left a lot to be desired. The food was excellent but the time it took to be served was atrocious.

After that many of us were tired and we decided to retire as the day had been thoroughly eventful.

The next morningwe had a wonderful breakfast at Sovereign Hotel then set off for the Historic Kit Mikayi tourist spot in Seme.

The historic rock is considered a Holy ground, as members of Legio Maria religion worship there. Whenever there is drought, they head to the rock to worship so as to have rainfall. The site is also great for hiking and rock climbing adventures. 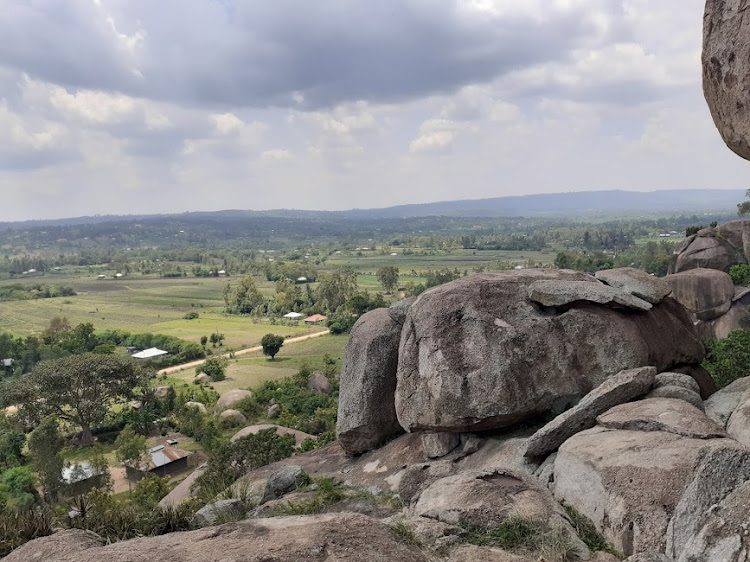 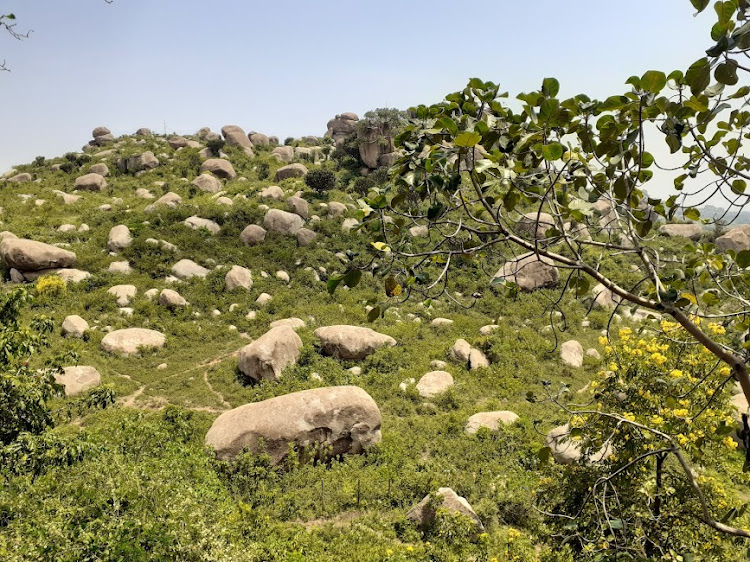 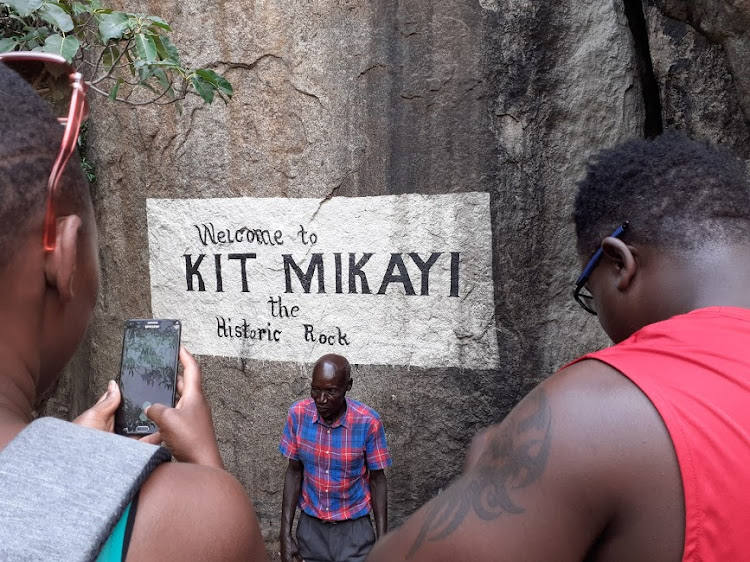 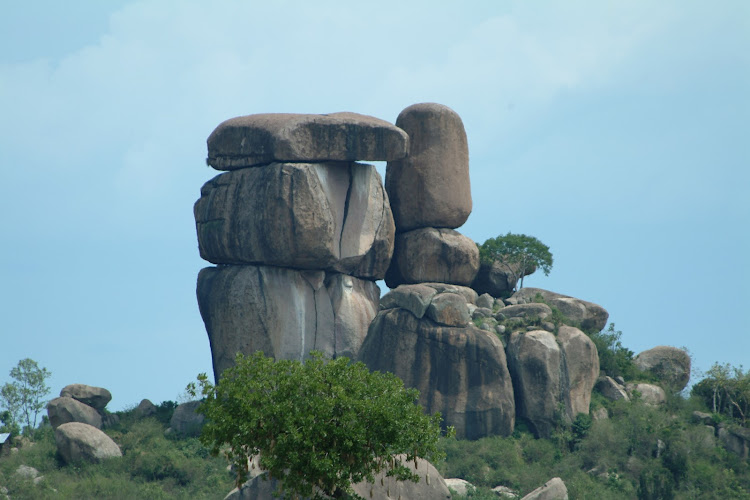 The rock lives up to its legendary status and is a sight to behold. The images when one is at the top are enough to make one think that they are on top of the world.

One of the tour guides was a volunteer who shared a lot with us concerning the memorable rock.

A word of advice when someone goes to Kit Mikayi, make sure you carry your own bottled water and tissue paper as the site has few amenities that make tourists visit comfortable.

From there we headed to Tripple T hotel that is located in Maseno. The restaurant is open-air with the balcony offering a great view of Maseno. The food being utterly mouth-watering.

After that, we went to the hotel to freshen up. Some swum and others had relaxing leg messages.

We, later on, had dinner at Dunga Hill Camp. The service was exceptional and food tasty. After the meal, some of us went back to the hotel for some shut-eye while others went out to sample the party life in Kisumu.

We went to a club called Black Pearl. If one were dropped in the establishment blindfolded one might think that they were in one of the clubs on Kiambu Road like Whiskey River or On The Rocks.

The music and ambience were exhilarating with the crowd clearly down to party. After the late-night sourie most of us hopped back onto our Bolt taxis (apparently Uber is not that popular in the city) for some much-needed sleep as our flight back to Nairobi was pretty early in the morning.

My take from visiting the beautiful city of Kisumu was the people are very welcoming to all Kenyans, even light-skinned individuals like me. They are literally the best part of the city. The best.

I felt like it was a home away from home and I actually saw it as a place that I could set roots in. It reminded me that Kenyans have more that unites them than that which divides.

The people are proud of their city, something you might not see in other parts of Kenya I have visited. 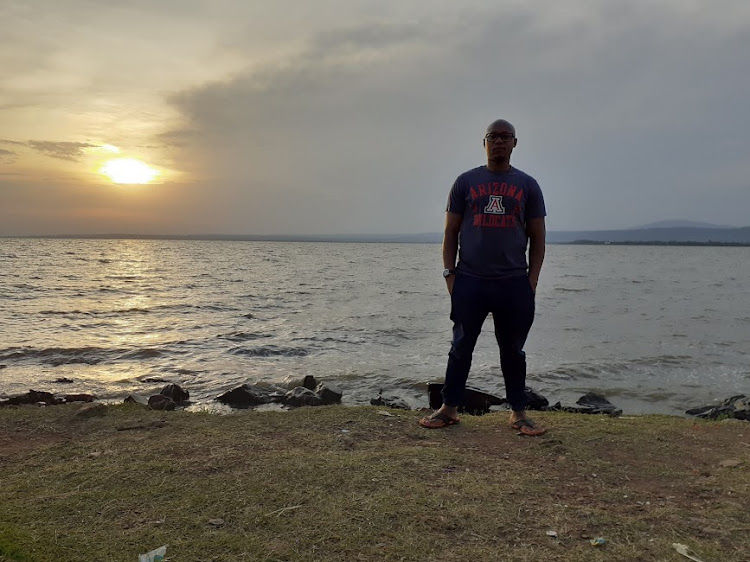 The food is a close second. Everywhere I ate, I enjoyed the meal immensely. The third is that using Google Maps on trip made planning much easier.

One secret I also learnt about the app is that one gets points the more they review places they have visited. Not only that, one can stand the chance to win a trip to California if they get a prerequisite number of points.

” If there’s anything we observed at #kisumuwithgooglemaps is that everyone was competing to take photos and review places and up their level as local guides Let’s keep mapping .” remarks Dorothy Ooko, PR Lead for Google Africa.