•As fans, we should understand that our sports superstars are also human 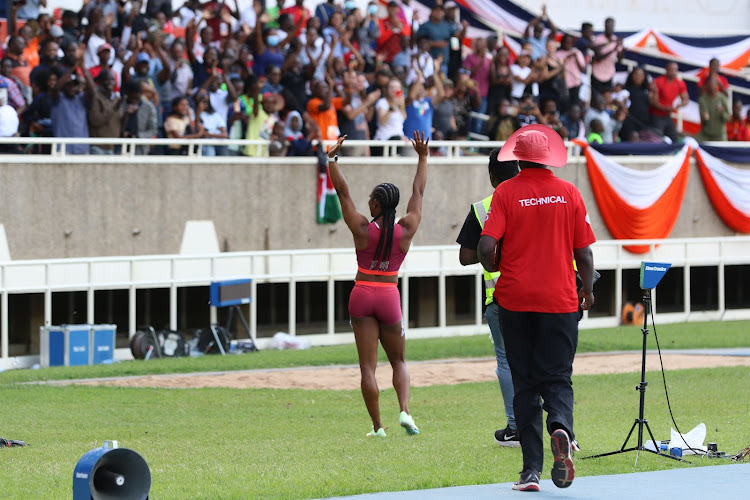 Over a week ago, I had the rare opportunity to get up close and candid with Jamaican sprinter Shelly-Ann Fraser-Pryce.

Having a session with a three-time Olympic champion and even taking a picture with her was definitely a heart-throbbing moment for me. Most importantly, she has been my celebrity crush for the longest time.

I have been watching her interviews for a while and she emits a lively and friendly character. When I heard she was coming to compete at the Kip Keino Classic on May 7, I told myself I had to see her in the flesh.

During our brief conversation, she professed her love for Arsenal and how she used to love watching Thierry Henry — a legend of the club and their all-time leading goalscorer.

Coincidentally, I was wearing my Gunners jersey on that day, and this common affection for the team made my admiration for Fraser-Pryce only grow stronger.

During the next few days, she would be the centre of attention as many fans screamed in excitement and blew kisses towards her direction. She would respond in kind... blowing kisses and waving to the capacity crowd at Moi Stadium, Kasarani.

One overzealous fan, however, went overboard and put his life at risk to get near the Jamaican. As Fraser-Pryce cruised to victory across the finish line, the unidentified man jumped from the stands and attempted to run onto the track.

Luckily, stadium marshalls reacted quickly and the man was shepherded away to safety. However, it was a moment that left many witnesses in disbelief considering the man landed awkwardly to the ground when he jumped from the stands.

From a fan perspective, this is fanatism that diverts away from the true purpose of sports. It is important to remember that such superstars are as human as we are and have their own flaws.

It defeats the purpose of sports for us as fans to worship sportsmen and women to the extent of putting our lives on the line. Was a moment with Fraser-Pryce worth the risk of this young man breaking a few limbs?

I don't think so. I think we as fans need to be realistic that our favourite sportspersons will also falter at one time or another. For the celebrity sportsperson, it must feel tiring, and sometimes discomforting, to have to respond to every fan action.

It is more mentally exhausting when you have to walk in step with your security, who are tasked with guarding you from the overzealous fans.

As for Fraser-Pryce, on behalf of every Kenyan who professed to have a crush on you — indeed, everyone I talked to during the Classic confessed to love her — we promise to take it easy on you next time.

We love you and will be looking forward to seeing you soon. All the best in your future assignments. We will be cheering for you.

Respect for religion in football

Racism, homophobia and hooligans are the dark side of the sport
Sasa
2 weeks ago

With empowerment, they can help identify and nurture talent at grassroots.
Sasa
3 weeks ago