• But high taxes, labour costs and expensive electricity are putting manufacturers off 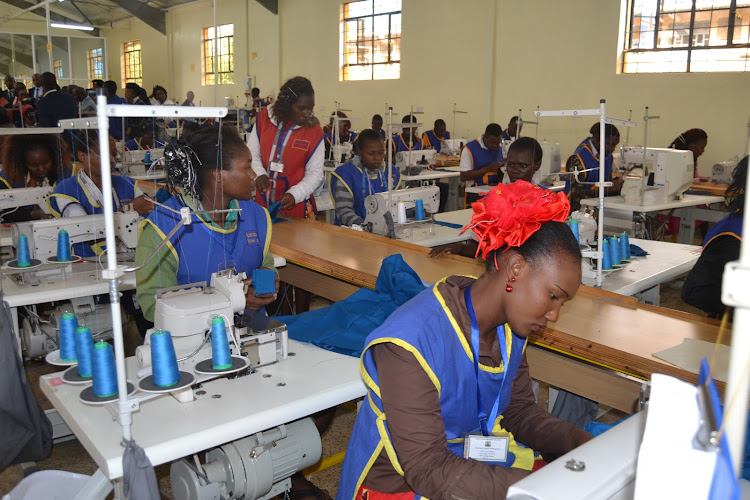 There was excitement across the country as the National Police Service unveiled its new, Persian blue uniform in September 2018. All police officers were expected to be in the new uniform within a year.

Almost four years later, many police officers still wear the old uniform. The saga of the police uniforms is an apt reminder of the problems facing Kenya's textile industry.

The designers of the new uniform chose that particular shade of blue, assuming the textile would be imported. This became a problem after the government directed that all materials to be used in making the new police uniforms be made in Kenya.

The National Youth Service (NYS) was allocated the task of sewing together the uniforms in what the government said was a move to support local manufacturing and create jobs.

The difficulties that delayed the police service's transition to the new uniform are a case study of problems facing domestic textile manufacturing. The Persian blue material was not available in Kenya, but even after factories got their hands on it, the pace of producing the new uniforms was slow.

The deadline for having all police officers in the new attire was pushed to at least 2023. Public concerns over the validity of old police uniforms led to assurances from Inspector General Hillary Mutyambai that both types were legal.

Meanwhile, the government is investing Sh6 billion in expanding the production capacity of Rivatex, the Eldoret-based, state-owned textile producer. Rivatex was in the doldrums for several decades but is now producing uniforms for state institutions. The NYS apparels factory is also benefiting from government contracts, as is Kitui's Kicotex.

Despite state backing for domestic textile producers, the perennial problems that plague the industry remain. Edison Omollo, a textile engineer at the Technical University of Kenya, says Kenya's apparel and textile industry were ruined by massive dumping of used clothes (mitumba) and liberalisation of the economy starting from the late 1980s.

The country’s textile industry is producing in small quantities because of outdated technology and a lack of trained persons. “High equipment costs and low financial capabilities to expand is also a major bottleneck,” Omollo said. These factors make it hard for Kenyan textile producers to compete with global giants, such as China, Bangladesh, India, Turkey and the European Union.

Most Kenyans would be surprised to know that the popular kitenge fabric is made in China. Apparently, the designers realised it would be cheaper to send their drawings to Chinese factories, which make textiles at prices much lower than those of Kenyan factories. Tanzania and Uganda are also major sources of imported clothing and textiles because their prices are lower compared to Kenyan prices.

Samuel Muraya, a textile trader in Mombasa, says his suppliers import from China. "Kenyan producers have high-quality fabrics but they are very expensive," Muraya says, blaming the government for the situation. "Taxes are the main reason Kenyan products are expensive," he explains.

“I have an Asian friend who had a textile factory in Nairobi but he moved to Uganda because of high costs of operating in Kenya," Muraya says. His friend cited taxes, labour costs and expensive electricity for his decision to relocate. "He is still selling in Kenya but producing in Uganda."

As a trader, Muraya says he sells imported fabrics because his customers want low-priced textiles. "If I buy expensive fabrics from local factories, I will not make any profits," he says. Muraya also sells second-hand clothes, whose profit margin is quite attractive.

“A bale of used women's tops can go for Sh9,000. I can sell each of those tops at Sh100 and still make a good profit," he says. Second-hand clothes imported from neighbouring countries tend to be cheaper than those imported through the port of Mombasa because Kenyan taxes are higher. 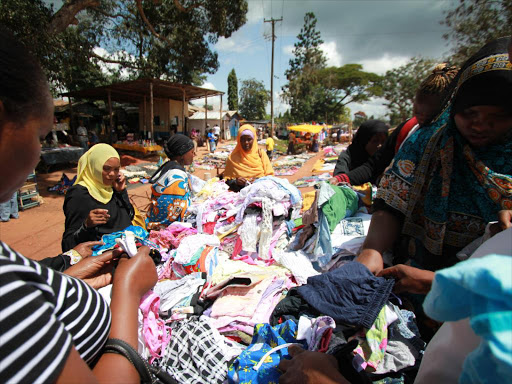 The low prices of imported textiles led to claims by the government and local industry that importers are evading taxes. The Anti-Counterfeit Authority estimates that smuggled and counterfeit textiles make up as much as 20 per cent of illicit trade in Kenya. The Kenya Association of Manufacturers says some traders hide new clothes among second-hand imports so as to pay lower taxes.

Local manufacturers say they cannot compete with cheap imports. In 2015, the East African Community resolved to protect domestic textile manufacturers by banning imported used clothing. The ban was to be fully implemented in East Africa by 2019 but pressure from powerful countries which export second-hand clothing has slowed down its implementation.

In 2017, Adan Mohamed, Kenya’s Cabinet Secretary for Industrialization, said the government would not ban the trade in used clothes. “We would like mitumba (used clothes) to compete with clothes that are produced within East Africa, within Kenya, and if those products are much more competitive and much more consumer-friendly, then of course you will see a reduction in the mitumba business in our country," Adan said.

Kenya had a short-lived ban on mitumba imports in 2020 as part of measures to control the spread of Covid-19. The ban was lifted in August the same year after the enactment of protocols such as fumigation of used textiles and shoes at the country of origin.

As textiles trader Muraya explained, Kenya produces high-quality textiles, but they are too expensive for most consumers. Bobby Otieno, who makes and sells school uniforms, says clothing made from cheap fabric is popular with low-income earners, though it is not durable. “Parents say they prefer replacing the school uniforms whenever schools reopen instead of buying the long-lasting uniforms, which are expensive,” Otieno said. A polyester shirt sells for as low as Sh200. 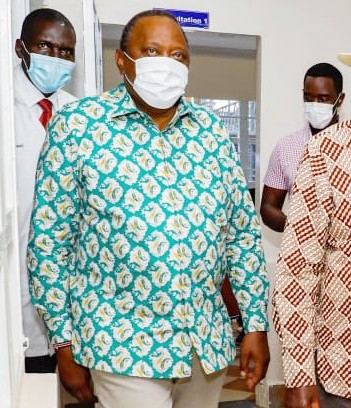 President Uhuru Kenyatta in one of his colourful locally made shirts
Image: FILE

President Uhuru Kenyatta’s policy to 'Buy Kenya, Build Kenya' is a much-needed boost for factories, whose machines lay idle for 40 years. However, the problems bedevilling the textile and apparels sector remain a constant thorn in the flesh for manufacturers.

Domestic producers are having a hard time fulfilling the order for police uniforms. How will they compete with Asian producers who supply the entire world? Brand new shirts from Asia are selling for Sh250 in Kenya. This shows that production costs in Asia are very low.

As Kenyan manufacturers call for a ban on second-hand clothes, are they capable of supplying affordable clothing to low-income earners? Is it possible to produce a pair of jeans in Kenya and sell it for Sh300? How about sports shoes for Sh500? The biggest enemy of Kenya's textile industry is the high cost of doing business combined with production challenges.

Domestic producers are having a hard time fulfilling the order for police uniforms. How will they compete with Asian producers who supply the entire world?

Zimbabwe, which implemented a full ban on imported second-hand clothing in 2005, is a good lesson to other countries. The ban was relaxed two years later after many people who depended on the business were plunged into poverty. During the ban, a huge black market in second-hand clothing emerged as traders smuggled it through the country's land borders.

Pundits say bans on imported used or new clothing do not address the root cause of the problem. Reacting to the East African Community's resolve to ban mitumba, Tanzanian academic Kitojo Wetengere recommends that governments rectify all factors that led to the collapse of the old industries and put in place a conducive business environment.

“The phase-out of second-hand clothes and shoes should be gradual, over a longer period of time (5 – 10 years), to lessen the impact of the ban on both traders and consumers," Wetengere wrote in the African Journal of Economic Review.

Post a comment
WATCH: The latest videos from the Star
by GODFREY KIMEGA Communication Professional
Sasa
25 February 2022 - 03:50
Read The E-Paper