The top echelons of racing are dominated by masculine names

• One plausible explanation is societal perceptions of how men, women handle risks 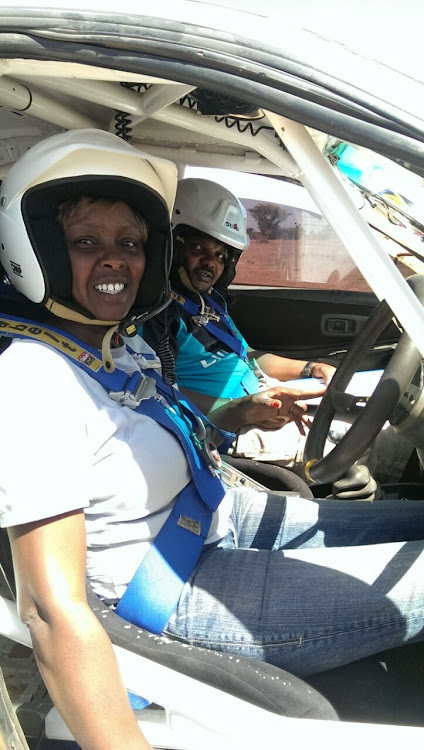 What a man can do, a woman can do better, right? If that is the case, then why are women not riding roughshod over their male counterparts when it comes to motorsports.

Before I go any further, my purpose for writing this piece is not to stoke controversy or to spark a battle of the sexes.

I am simply putting forward a question I have asked myself for so long, hoping it would ignite a discussion on the underlying issues of women's struggle in this discipline.

On the worldwide platform, Otta Tanak, Karl Rovanpera, Sebastien Ogier, Thierry Neuville and Elfyn Evans are names that feature prominently when it comes to the World Rally Championship standings.

Not one of them is female.

A plausible explanation for the lack of female drivers at the top echelons is the gender differences in approach to danger. Considering the high speeds at which one is expected to drive, motorsport sure ranks as one of the riskiest disciplines that can sometimes result in life-changing injuries or even death.

Societal perceptions dictate that men are genetically stronger — physically and psychologically — and should be more willing to embrace risks without regard for the outcomes.

To quote a line from popular TV series Spartacus, "A man should never run away from death, he embraces it, kisses it, caresses it."

Due to such perceptions, one would understand why very few women venture into motorsport, whereas almost none make it to the top level and excel there.

I am not ashamed, though, to admit I have met a few women with big kahunas when it comes to motorsports or racing.

One of them is Harmony Wanjiku, a superbiker who has competed in various national and international championships and clinched numerous trophies.

During our conversation, she opened up on the adrenalin rush she experiences when driving at speeds of up to 200kph. That is something I, admittedly, would not do, as is the case for many other men.

Last month, during a meeting with a group of women in motorsports, Kenya Motorsport Federation chair Phineas Kimathi said the only way women can compete at par with their male counterparts is to intensify their interest.

Kimathi said there are many talented women drivers in the country but their interest in pursuing their passion is still low compared to those of men.

It is noteworthy, however, that many women divert to motherhood, which can be quite a distraction to their careers for a while. It is a worldwide factor to consider in sports even as we muse over gender inequality in sports.

The demands of motherhood can make it difficult to balance with the responsibilities of motorsports.

Despite these challenges, it would be nice and refreshing to see a female driver win a major motorsport title locally and internationally after a very long time in the doldrums.

It is not about performing better at what a man can do, but simply fulfilling the full extent of your natural talent.