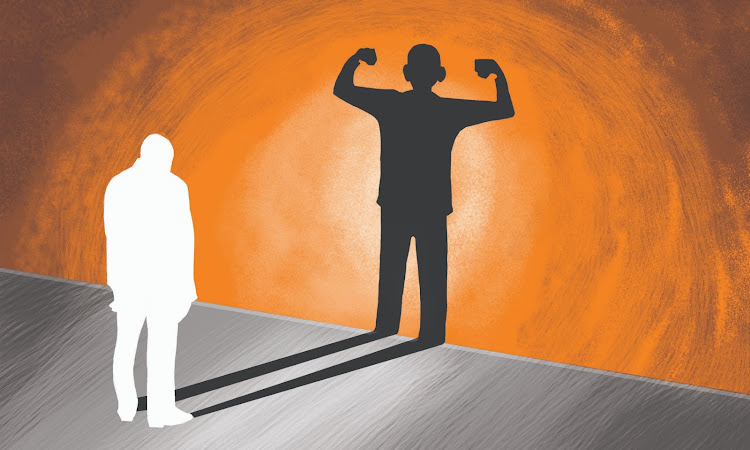 I do not consider myself a feminist. I believe in the ideology of feminism and support it wholly; however, I do not believe in tying myself down with the label. While the struggle of feminism started with those who sought equality between the sexes, I believe that over time, the struggle has changed. My day-to-day struggles as a woman are not the same as my 60-year-old professor who was the first female editor of a magazine.

I also believe that some feminists have exaggerated the ideals of feminism by actively seeking to tear down their male counterparts. The whole ideology of feminism should be about the promotion of female agendas and not the devaluation of the male species. As such, I have come to believe that we are caught up in the label far too much than we do in the actual struggle.

My sentiments are the same about masculinity.

Unlike feminism, masculism or masculinism promotes patriarchy and opposes equality of women to men. Its whole ideology revolves around upholding the values of male superiority and dominance in societies. I must say, while I do not agree with certain values of masculism, I often try to avoid sharing my opinions on a struggle or movement that I am not a part of. I believe in the age-old saying that, it is the wearer of the shoe who knows where it pinches.

However, when the topic opens up to scrutiny, we cannot help but share our observations.

One of the biggest Kenyan proponents of masculinity is Eric, a man popularly on Twitter known by his alias Amerix. According to his Twitter bio, Amerix states that his areas of specialisation are reproductive health and men’s health and wellness. Although his tweets are often provocative and questionable, Amerix has managed to draw himself a big following of young men ‘in need of direction’.

I have come across Amerix’s tweets by default on the social media site. While I wholly disagree with Amerix’s principles of masculinity, I realise that behind such a man is a story that made him the way he is.

A couple of weeks back, Amerix was trending on Twitter after tweeting some divisive sentiments. In essence, the tweets reflected what he always preaches. In any case, this particular #MasculinitySaturday as he calls them, Amerix called out his fellow men to have secret bank accounts from their wives. He also stated that those in committed relationships should sleep with one eye open.

While his opinions ruffled some feathers, none was peeved more than deported Kenyan public figure Miguna Miguna. Miguna took to Twitter for the rest of the day to expose Amerix’s ideologies as hateful and misleading advice towards young men. Others, medical doctors especially, warned that Amerix is not a licensed medical practitioner and those who followed his advice on health and nutrition should do so at their own peril.

Those of us following the debate noticed that Amerix was suspiciously silent as his name trended that weekend. He proceeded to block Miguna Miguna and continued the propagation of his agendas as though nothing happened.

Here is the thing: we have all had bad experiences with dating and relationships. However, we cannot let these bad examples be the foundation of dogmas that are used to propagate hate or misadvise young, impressionable minds. There is no point of being in a committed relationship if you are planning on being deceitful to your partner out of fear of being hurt.

I believe there is so much we need to fight for in our causes, but creating enemies out of the opposite sex is not one of them.

Amerix and his virtual men’s conference

If you only go to church to find a wife, then you are the problem

Worries over changing gender roles abound from China to Kenya

The purpose of the male in modern society

There’s increasing strife as men struggle to establish an identity