Rule of law as seen in King David

• It is not enough to have good laws in place; what makes them good is applying them 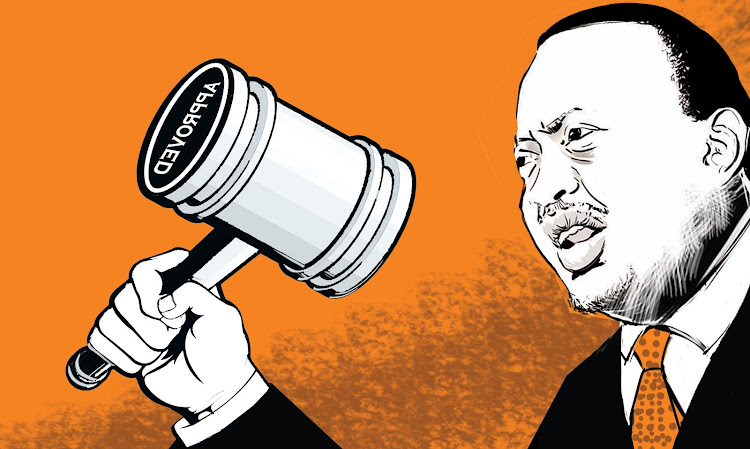 'Rule of law' is a common phrase that always elicits questions over the equality in the application of the rules and regulations of the land.

The ruling elite has constantly come in for a public tongue lashing for not adhering to the laid-down laws in the Constitution.

The Executive has particularly been criticised for its penchant for disobeying court rulings and circumventing the law to suit them. The rule of law is as old as the earth itself and leaders have always been required to abide by it.

One such leader with a chequered experience with the rule of law — in this case, the Mosaic law — is King David, who reaped the benefits of abiding by God's law as well as incurring the wrath of ignoring it.

In 1 Chronicles 13, while returning the ark of the Lord to Jerusalem, he disregarded the fact that the law required that only priests from the Levite tribe be allowed to touch it and not any other person.

1 Chronicles 13:9-10 records that Uzzah, one of those tasked with transporting the ark, reached out to steady it and was struck dead by the Lord because he was not authorised nor consecrated to do that.

Later in 1 Chronicles 21, David orders his commander, Joab, to undertake a census of the fighting men across Israel without inquiring of the Lord. Consequently, God sent a plague on the whole country as punishment, resulting in the deaths of 70,000 people.

These experiences show that a leader's decision to disregard the law of the land does not only affect him or her but also the citizens.

Even in a family context, it is a warning to those of us called to be fathers or firstborns to be wary of whatever we do because of the ripple effects of our actions.

To David's credit, he learned his lesson and followed God's commands regarding the ark of the covenant.

As recorded in 1 Chronicles 15, while returning the ark to Jerusalem for a second time, he made sure to allocate the duty of carrying it to the Levites. It was a day of rejoicing and praising God on which the king danced without a care in the world.

This was in line with God's directions as were given to Moses in Numbers 3-4.

David also followed the same laws when appointing priests and other officials to help his son Solomon build the temple of the Lord.

It is not enough to have good laws in place but what makes them good is applying them. Otherwise, they just remain words on a piece of paper with little significance to the society.

As David exhibits, when leaders abide by the law, people rejoice. When we don't, the result is a gnashing of teeth as God visits His wrath upon us.