#IamRemarkable is a global Google initiative which aims to empower everyone.

• The issue of women and girls in ICT is also crucial because of their under-representation in the technology space and careers.

• KEWOPA is to provide coordination in mobilising and supporting its members, their constituents and KEWOPA’s network of women entrepreneurs. 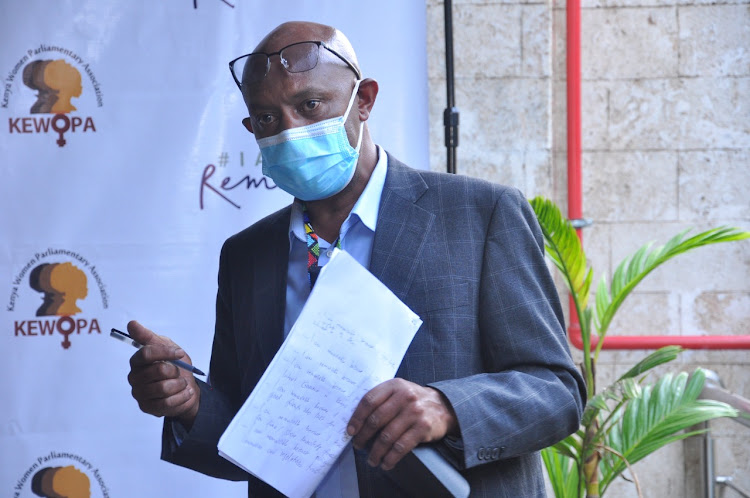 Google and the Kenyan Women Parliamentary Association have announced a collaboration to improve gender equity, diversity and inclusion within organisations and the workplace.

The collaboration, announced as part of celebrations to mark #IamRemarkable Week 2021, will see the expansion of the Grow with Google digital skills programme to reach more women, girls and underrepresented groups in Kenya.

#IamRemarkable is a global Google initiative which aims to empower everyone, particularly women and underrepresented groups, to celebrate their achievements in the workplace and beyond.

It was started by two Google employees to challenge the social perception around self-promotion, help participants feel more comfortable with self-promotion and encourage women and underrepresented groups to celebrate their achievements in the workplace and beyond.

As part of the collaboration, KEWOPA is to provide coordination in mobilising and supporting its members, their constituents and KEWOPA’s network of women entrepreneurs.

It will also support students and emerging women leaders to benefit from Google’s training programs, including IamRemarkable and Grow with Google.

It will further collaborate with Google to drive the goals of the partnership during key events in the gender equality and equity calendar.

A number of legislators attended the forum which was held in Nairobi, both physically and virtually.

"I look forward to an opportunity when the Google team will work with KEWOPA members to train our media and social media teams on how to package the remarkability of women politicians,” Wamuchomba said.

Speaking during forum, the Head of Brand and Reputation for Google sub-Saharan Africa, Mojolaoluwa Aderemi-Makinde, said the Grow With Google, an online program which offers free training and tools to help people acquire new skills to grow their careers and businesses, the company has strengthened its efforts to support Kenya’s, SMEs, entrepreneurs, software developers and the education sector.

“Since the launch of the program in 2016, we have trained over 1 million jobseekers, students and SMEs in Kenya to acquire new digital skills. This includes around 15,000 developers.

"We’re continuing to expand the program to support 100,000 SMEs this year and 15,000 more developers in the next two years," she said.

“In order to support SMEs, we asked ourselves how to leverage on the best parts of us as Google to contribute to Africa’s economic recovery. Our free tool, Google My Business, allows the SMEs to build an online presence and access global markets. We also partnered with Banks to provide SMEs with access to finance at this critical time.”

Alex Gakuru, the Executive Director, CODE-IP Trust, said that his organisation works with partners to promote technology rights in the areas of policy, law, and regulation.

“In the past, we’ve engaged with policy makers, legislators and the relevant regulators in our pursuit of technology justice. Over the past, we’ve also learnt that no one can honestly talk about the internet without engaging or interacting with Google.

"Therefore, we engage with Google primarily for two reasons – one, to ensure that they uphold individual rights online, and two, to recognize and appreciate them when they uphold those rights by doing the right thing, and this is one such event," Gakuru said.

Adding, “This event is very special because it marks the first time CODE-IP Trust is engaging with women legislators on the theme women and girls in ICT.”

The issue of women and girls in ICT is also crucial because of their under-representation in the technology space and careers.

Gakuru cited a study by the Kenya ICT Authority (ICT-A) which found that women and girls were very much underrepresented.

He also mentioned his collaboration with the Communications Authority on the subject that started in 2013.

The situation of women and girls in ICT was also emphasized by Michael Murungi, Google’s Government Affairs and Public Policy Lead for Eastern Africa, in his remarks, citing the Digital Sprinters report commissioned by the IT firm last year.

"And if women, who account for half the world’s population, are systematically excluded from economic opportunities, countries such as Kenya and other emerging economies can’t reach their full potential,” Murungi said.

One of the ways to address the issue and to bridge the gender gap that exists in discriminatory labour market outcomes, according to Google, is through digital skills.

“This involves giving women and girls meaningful access to the digital workforce.

"And equity and diversity in skilling for women and girls should not be limited to initial programs that only provide entry level opportunities but should include managerial and soft skills that anyone needs to build a career in the technology arena, one of which is the Grow with Google programme,” he stated.