With many women delaying having babies for social or career reasons, chances of successful pregnancy decline

• With IVF, eggs are harvested and fertilised by sperms in a lab, then planted in womb 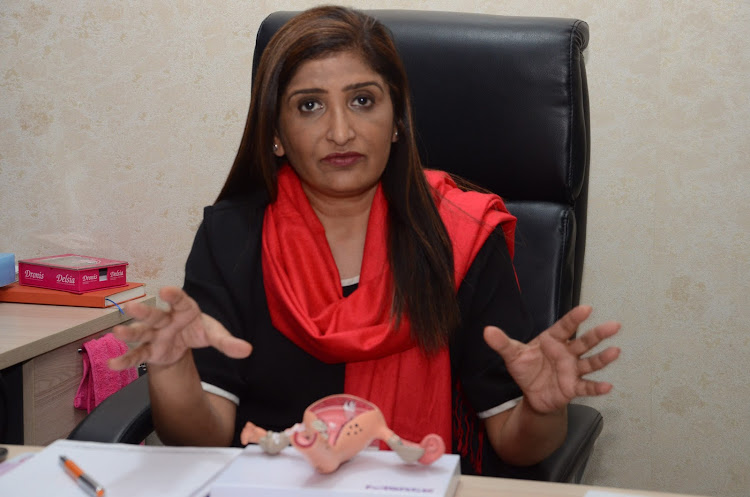 Every time she would meet friends she got married with at almost the same period pregnant, Christine Nekesa* (not her real name) would get devastated.

More painful was logging into her Facebook account and seeing some of them making pregnancy announcements, some sharing baby photos.

Her dream, like any other married woman, was to have a child of her own. But that was not happening.

At some point when she missed her periods, she knew God had finally answered her prayers, only for the pregnancy test to come back negative.

With desperation creeping in, she and her husband decided to visit a hospital to find out what the problem could be. Her hormonal levels were okay while her husband’s sperm count had no problem, at least none the doctor could detect.

“That was my lowest moment because the thought of not being able to conceive and have a child I would call mine was weighing me down,” Nekesa says.

“My dreams were crushing. I had to isolate myself and cut off some friendships just to focus on finding a solution to my problem.”

Don’t judge a woman by her motherhood - Millie Odhiambo

The MP inspires women suffering in silence, urging them to rise above tag.
News
1 year ago

The couple was left with only one choice: in vitro fertilisation. IVF is a process where mature eggs are retrieved from the woman’s body and fertilised in a lab with a man’s sperm to form an embryo.

The embryo is then implanted back into the woman’s body and carried as a normal pregnancy.

Five million babies have been born worldwide since 1978 from the IVF process. The first person to be born from the process was Louise Joy Brown.

For Nekesa, it also helped her have a happy ending. After two cycles, she is now a mother to a two-year-old beautiful baby girl. 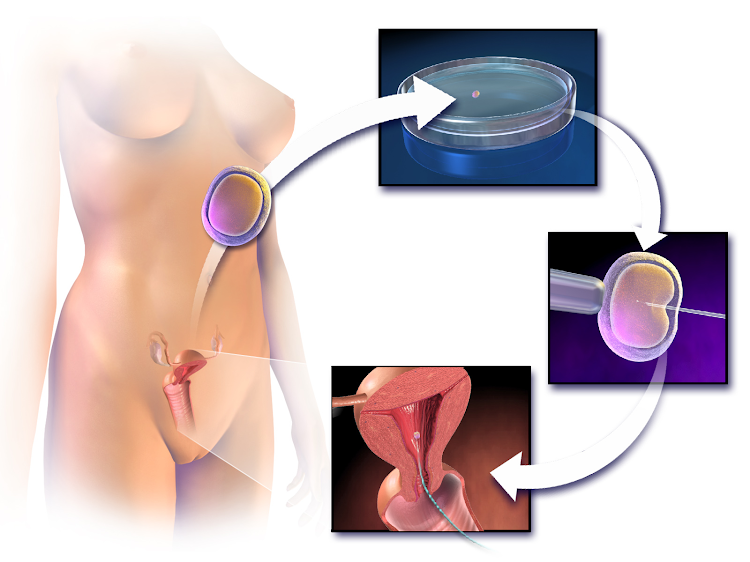 It is a very short, local anaesthesia. The eggs are taken out and then the same day, the eggs are fertilised with the sperms so we have enough embryos

Dr Sarita Sukhija, a fertility expert at Myra IVF Clinic in Parklands, has conducted at least 5,000 such procedures.

In Kenya alone, she has carried out almost 800 procedures, of which 450 resulted in the birth of healthy babies. She used to work in India before moving to Kenya three years ago.

“What we do is we ask the woman to come on the second or third day of the cycle and we do the ultrasound to see that there is no cyst and the hormone levels are fine,” she explains.

Should everything turn out to be okay, then they start by doing injections, which are given in a slightly higher dose with the sole purpose of ensuring the ovaries produce at least eight to 10 eggs.

It takes 10 to 11 days for the eggs to be ready. Once the eggs are ready, the woman is called into the IVF lab then the eggs are taken out in an ultrasound-guided process.

“It is a very short, local anaesthesia. The eggs are taken out and then the same day, the eggs are fertilised with the sperms so we have enough embryos,” Sukhija says.

Once these eggs are fertilised, they are put in the incubator to grow. Every day, the growth of the embryos is checked. They are allowed to go to at least day two or day three or day five, depending on the number of embryos.

Usually, if the number of embryos is less than five, they are allowed to go to day three, during which the woman is called and two or three embryos transferred into her uterus.

“This is done without anaesthesia because it is not a very painful procedure. So we put two or three, hoping that one will implant and survive. And usually after the transfer in 14 days’ time, we get to know whether the embryo has implanted or not,” the medic says.

At that point, they can do the pregnancy test to find out whether the patient has become pregnant or not.

Once the patient gets pregnant, it is like a normal pregnancy and is followed up on like one.

The extra embryos after the fertilisation process is complete are usually frozen for future use. In case the patient gets pregnant, those embryos can be used after whatever number of years the couple wants to freeze them.

In case the first transfer doesn’t result in pregnancy, then the patient’s uterus is prepared with some tablets and two or three more embryos or whatever is left, and those embryos are transported into the uterus.

“If you have enough number of embryos, we can give the patient two or three trials with just one single IVF.”

In Parklands is her consulting chambers, as well as the ultrasound where the patient is prepared. For the egg pick up, transfers and fertilisation, she uses the IVF lab in Upper Hill.

She is associated with the Nairobi South Hospital, where any requirements for surgeries are conducted. During the first visit, the patient is required to undergo a series of tests, such as blood tests, hormone tests to find out their ovarian reserve, the hormonal levels, whether they have enough eggs or not.

A baseline ultrasound is then done to see whether the ovaries, the tubes and the uterus are okay before proceeding to the second cycle to start the IVF procedure.

“For IVF, if there is some fibroid or there is a problem in the uterus, it has to be cleared before we can put the embryos. For that, if the surgery has to happen, it will happen in the hospital. So we have to make sure that before the transfer, everything is okay. Only then can we can start the procedure,” Sukhija says.

While it helps a lot of women and couples fulfil their dreams, the IVF process is very expensive.

This is because the eggs and the sperms have to be kept in the same atmosphere as they are inside the body in terms of temperature and pH levels.

This requires a lot of equipment and skilled manpower to ensure nothing goes amiss.

A skilled embryologist who does the fertilisation of the eggs and the sperms is also needed.

The procedure itself, which includes taking out the eggs, has to be done in rare anaesthesia, making it very complicated and costly.

For one IVF cycle, a patient will be required to part with Sh400,000 to Sh450,000, but the cost is inclusive of the eggs pickup, the transfer as well as the freezing of the embryos.

On the other hand, the injections given cost about Sh80,000 to Sh100,000. They are the harmonic injections and are given in a slightly higher dose, hence the high cost.

After the transfer of the embryo into the uterus, the patient is put on support medications, which are some hormone injections like progesterone.

These injections basically help in the growing of the embryo and the implantation. The patient has to be on medication for another two weeks after the embryo transfer.

Unlike Nekesa, many women today are delaying having babies for social or career-related reasons. Data shows the percentage of women aged above 40 years in the country seeking fertility treatment has increased by 80 per cent in the last decade.

Dr Sukhija says the success rates of having successful pregnancy decreases with each passing year, mainly due to ageing of eggs and the abnormal embryos that result in non-implantation and miscarriages as a result of abnormal chromosomes.

The medic observes that in Kenya, many women marry late or get divorced then have second marriages, which pushes them into their late thirties or early forties for the trying of babies.

“In such women, bilateral tubal blockages are quite common often because of pelvic infections. Another issue I have seen in women aged above 40 is fibroids, and this is often the issue. We first advise to have an IVF so we free the embryos for use at a later date,” she says.

“After six months of healing, the patient returns for the transfer of the embryo to her uterus, and we wait for a successful pregnancy to take place.”

The medic, however, cautions that the success rate in those aged above 35 years is not as good all over the world, even in the best centres.

This is because the number of eggs and quality both decrease as the woman crosses 35. Since everyone is born with a particular set of eggs, they can’t be increased but rather go on decreasing as they age.

As time passes, so does the success rate of having a successful pregnancy, mainly as a result of ageing of eggs and abnormal embryos that result in non-implantation or miscarriages.

Dr Sukhija advises young women in their twenties or early thirties who are not ready to get babies now, especially due to their careers, to freeze their eggs. This happens in other countries.

“It is sort of like saving in an account during a sunny day to be withdrawn in the future during the rainy period of increased infertility,” she says.

Why you may be unable to impregnate your spouse in future

KNH study found that the prevalence of male infertility has increased.
News
1 year ago
by MAGDALINE SAYA REPORTER
Sasa
23 April 2021 - 05:20