Would you invest in an airport? Someone just did 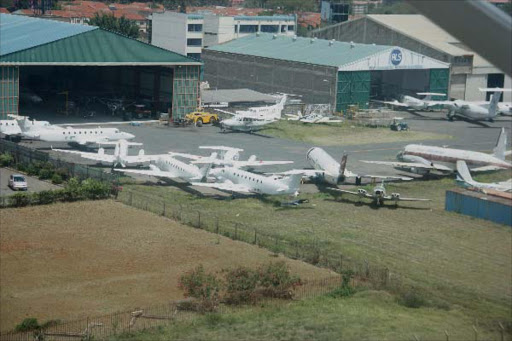 A very wealthy South African has bought up a former South African Air Force airfield built circa 1943 initially for the operation of Lockheed Ventura bombers during World War Two and is planning Cape Town’s version of Nairobi’s Wilson Airport.

The airfield was privatised in 1993 after being sold to the local municipality in the 1960s.

Rob Hersov, 60, who sold a successful private jet business to Warren Buffet, is what we Kenyans might refer to as a returning member of the diaspora.

According to reports, he’s been away for 31 years making his fortune and is now investing, “back home” as it were.

The reports said: “Hersov revealed that he has purchased an airport in the Western Cape. Fisantekraal Airport, located just 13 km away from Durbanville, was built in 1943 by the British.”

The man himself said: “We want to build the Lanseria Airport of Cape Town. We’re renaming it Cape Winelands Airport. Development plans are currently underway and more hanger space is being made available."

Lanseria is pretty much Johannesburg’s answer to Nairobi’s Wilson except that it is privately owned and can handle aircraft up to the size of a Boeing 757-300.

There would have been the usual requests for bribes and the inevitable mafia type unrefusable offers from some well connected big shot or the other to “partner” in the deal even though they won’t put a cent in.

I was fascinated by this story. I tried to think of Kenyans both abroad and at home who might make such an investment in Nairobi or elsewhere around the country. But immediately after that I thought of the hurdles that they might have faced.

There would have been the usual requests for bribes and the inevitable mafia type unrefusable offers from some well connected big shot or the other to “partner” in the deal even though they won’t put a cent in.

These are some of the stories I’ve heard over the years from potential investors in a number of enterprises in Kenya, from flower farms to housing, and I doubt things have changed that much. But of course anything is possible.

This is not to say that it will all be smooth sailing for Hersov with his plans here in Cape Town.

For instance the local chamber of commerce boss said there would be an element of risk in the proposal.

He pointed out that there would be potential issues such as the reactions of local environmentalists, the kind of regulatory hurdles to be overcome, and last but not least, the possibility that some people in the residential area that is right next to the potentially busy airport may not take too kindly to the prospect of jet aircraft flying at the low approach and take-off altitudes above their homes.

In the end, everything will depend on the number of customers a new airport will attract and whether it can make money. It will not be cheap to construct a modern terminal to satisfy the expectations of the kind of passengers it presumably is aimed at.

Another old hand at flying pointed out there is a lot more to this endeavour than just plonking down a brand new airport on the old airfield.

Adjacent farms are going to have to be bought so as to allow for decent runway lengths for anticipated traffic for starters.

Of course area residents are also a little concerned. On their community Facebook page, many were excited about the prospects for jobs and investment in the area, but others were concerned about the disruption that would be wrought.

Wisely, for now, they have decided to wait for all the facts. They will certainly have their say further down the road when Environmental Impact Assessments and other queries are done.

I’ll keep you informed of any further progress.