When siblings quarrel, take a back seat 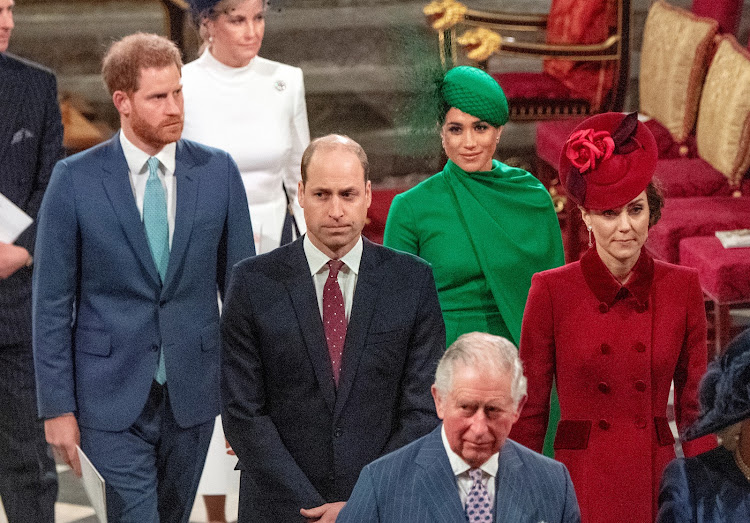 During the Meghan Markle and Prince Harry interview with Oprah, Harry revealed that his relationship with his brother was strained and that the two were taking some time apart. By the next day, every reporter had become an expert on sibling relationship, where they addressed the situation as very disappointing and wished that the brothers would patch things up.

Prince Harry and Prince William grew up in the spotlight, because they are the only two children of Princess Diana and Prince Charles. Everyone assumed that they were close or at least perception indicated as such. The two were always seen standing side by side during public events and they were also each other’s best man during their respective weddings.

However, people fail to understand the dynamics of a family, especially a royal family. For instance, did you know that during every public royal event, every member of the family has a designated spot around the Queen? As future King, Charles would stand to the immediate right of the Queen, then his spouse and then his sister Anne. As the presumed King after Charles, William would stand to the left of the Queen followed by his brother Harry. After marriage, William’s wife Catherine’s place was in between the two brothers.

This goes to show that in public people would show one facet of their life that would not really reflect their actual situation. William and Harry could have fought and not have spoken at any of those times they were seen together in public. Just because we saw them standing together, does not mean that they were actually close.

Some people went as far as to postulate that the brothers’ spouses could be behind their rift. With the assumption being that, Catherine and Meghan did not get along and that caused a wedge in the brothers’ relationship as each took his wife’s side.

This particular opinion hits close to home as I also went through a similar situation. Before my wedding, my mother-in-law had a private talk with me where she spoke to me about the family as well as my responsibility towards the family upon my entering it. These talks are normal and enhance good communication with the family one is getting married into. However, my talk also included a point that I did not entirely agree with.

My mother-in-law informed me that my husband and his older brother have been very close since childhood. She said that they had never fought and that if they did after marriage she would consider us (my sister-in-law and myself) the main cause of the rift between the brothers.

I love and respect my mother-in-law greatly, however, I could not help but think such ideas brought about misconceptions of in-laws. My husband and his brother could be close but they are different individuals. If they disagreed, it would most likely stem from their individualised opinions of things.

My sister and I have a unique sibling relationship. We have fought a lot throughout our lives; sometimes the fights would take years to get over. Talks, reconciliations and mediations hardly ever worked. We would not speak for months on end and when we finally felt like talking, we would pick up the phone and say “wassup” and just like that, the fight would be over.

I have tried over the years to analyse the root of our problems but I have never come up with a concrete answer. We are just two very different people with opposite personalities. Given our characters, we would never have been friends if we were not siblings. Since we are sisters, we are forced by the binding law of nature to always be in each other’s lives.

A couple of weeks ago I wrote about cutting off toxic family members when the relationships get too dysfunctional. While it is almost impossible and culturally forbidden to cut off one’s own sibling for good, it is important to understand that siblings do not have to get along all the time.

Taking a timeout from each other is necessary for a person’s character development and growth. It is only when we understand who we really are, that we can grasp the limitations of our responsibility in any relationship.