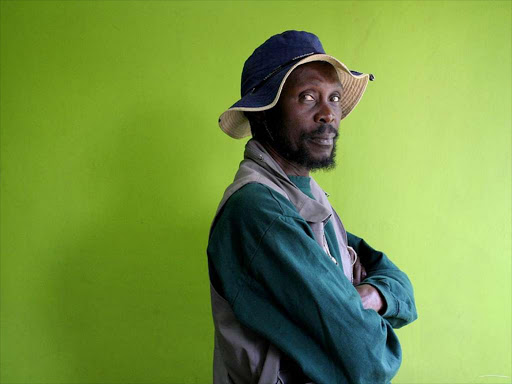 The demise of Ugandan-born artist Expedito Mwebe Kibbula has left a void in East Africa’s contemporary art scene. Best known by his first name, Expedito, he passed away on February 18, 2016, in Nairobi.

A longtime resident of Kenya, he epitomised a rare breed of multi-skilled craftsman of grand-scale creations. "As an artist, Expedito had many talents; he could draw, paint and sculpt. But what set him apart was his signature carving style. He had become a master of his art," says Lydia Galavu, art curator of the National Museums of Kenya.

He was also among the first generation of African artists to emerge in the post-independence years. “Expedito is considered to be a pioneer artist as he contributed immensely to the history of East African art,” says Mwanaima Salim, curator of the Nairobi Gallery. “His creativity and style is very unique. He has endured to maintain his style with very little influence from the west.”

Born in Uganda in 1952, his work reflected his East African roots from which, as he explained to me a year ago, he often derived inspiration. “My real childhood, the simple stories I was told and experiences of other people. I have grown up now, it inspires me and I give it to my children,” said the artist.

He attained a Bachelor of Arts degree from Makerere University’s renowned arts school in 1975. Like several of his countrymen, Expedito lived his formative years in Kenya, lecturing at the Kenyatta University College of Nairobi before immersing himself in full-time art career.

It was during that time he met the late Joseph Murumbi, Kenya’s second Vice President, who was an art lover and avid supporter of upcoming African artists. Years later, Expedito paid homage to his late patron with a metal sculpture named the Universal Couple, depicting a man and a woman embracing. The sculpture is located at the Murumbi Peace Memorial of Nairobi’s City Park where Murumbi and his wife Sheila are buried.

Unlike many of his peers who emigrated for better prospects abroad, Expedito chose to remain in the continent. He was able to achieve notable commercial success – from commissioned works to private individuals and business clientele. He produced numerous artwork from his studio in Uganda, but Kenya was his primary base.

Expedito built the imposing wooden doors of Don Bosco Catholic Church in Nairobi. His carvings grace the Bambara hotel lounges of Serena Hotels in Nairobi and Kampala, and feature in commercial buildings of both countries. “These are infrastructures that people interact with on daily basis, thus appreciate the richness of East African art,” observes Salim.

One of his most ingenious pieces is a series of tall, carved wooden panels that form an extensive mural in the entryway of the AACK (All Africa Conference of Churches) building in Nairobi – the prodigious mural brims with images of mythical figures, animals, plants and ancient African history. It gives you a glimpse into the mind of a master creator with great love for nature and intrigued by many things in the world around him.

Expedito cherished freedom of expression in carrying out his work. Clients and architects might come with specific briefs not even knowing what they are really after. “My first reaction was just to grin,” he said. “But ultimately they let me do my thing, and I’ve been really lucky they let me do it.”

Fellow Ugandan artist, Leonard Kateete, remembers his perfectionist streak: "He was an artist whose passion for perfection became a hindrance to finishing his work on time. He paid little attention to the real value of his work and spent nearly all his take on materials and support staff to ensure the best work possible."

For a number of years, his own son, Michael Angello, was his protégé. Father and son jointly exhibited their artwork in 2015 at the Nairobi Gallery.

Towards the end of his life, Expedito embodied the clichéd penniless artist, dogged by debt and poor health. Alan Donovan, chairman of the Murumbi Trust, was a close collaborator of the artist. According to Donovan, Expedito said his tools were seized by a client following a dispute, and that he was owed payment by other customers. To rub salt to the wound, his Nairobi studio was flooded during the 2015 El Niño rains and a number of his precious drawings were damaged.

Financial stress may have contributed to his declining health. Prior to his demise, friends and well-wishers were sourcing for funds to enable him undergo an urgent heart surgery to insert a pacemaker. But sadly he passed away before this could be achieved.

The ups and downs faced by Expedito echoes the plight of many African artists based locally, whether by choice or lack of overseas opportunities, and who live in relative poverty.

Granted, the art world and its products is not always considered a major necessity when measured against far greater socio-economic needs. Nevertheless, the preservation of national culture and support of creative talent should not be ignored in the country’s development roadmap. Creativity, after all, is the basis of innovation.

As Chief Justice Dr Willy Mutunga explained in a speech delivered at the Fifth African Heritage Day celebration last month: “Our cartoonists, singers, songwriters, painters, sculptors, graffiti artists, filmmakers, and others all over the country are fundamentally critical to our new culture of democracy, progress, and prosperity. The artist movement is one all Kenyans must support.”

Money is not always the driving force for creative people although a prudent balance of creativity and commercial savvy is called for. “The artists require to be sensitised to live a modest life, and invest during their peak as these moments are not forever,” explains Mwanaima.

And in this part of the world, arts career offers no pension or insurance plans. “Our lending institutions should appreciate art as a collateral so as to enable artists to invest in other ventures,” adds Mwanaima.

Not much exists locally in terms of national trusts for the arts, apart from the Kenya Cultural Centre and the National Museums. Mostly it is left to private entities to subsidise creative talent.

Expedito had been invited to attend the Masterpieces of East African Pioneer Artists, a countrywide tour by the doyens of East African art in the USA in 2017. The tour, which aims to create artistic exposure, is a joint venture between the American University in Washington, DC. And Donovan was co-founder of the African Heritage Gallery together with Sheila and Joseph Murumbi.

A handful of hotels and companies do invest in different branches of the arts, yet there remains a huge potential for local businesses to get involved. As Donovan sees it: “It is disgraceful that hotels in Kenya, especially those being built recently, import container-loads of cheap 'art' from Eastern Europe and so on, with hardly a nod to the skilled pioneer artists or those who followed them. The same with most businesses.”

And by skilled artist he does not mean the trinket pieces bought from tourist markets that hang in many office spaces. Without the investment of financially able organisations into original commissioned artwork, genuine artist talent cannot compete with mass produced art.

Twentieth century western artists such as Henri Matisse and Pablo Picasso were influenced by African abstract patterns and bold designs. Their works are some of the priciest and sought after in the market today – many decades after their death.

It is essential that Kenyans actively support and take an interest in arts, if our creative sectors are to survive, thrive and contend with western innovation. Anything less is a betrayal of the brilliant talent and rich artistic forms possessed by African creators.