Sophie Otiende Realises Her Dream to Help Others 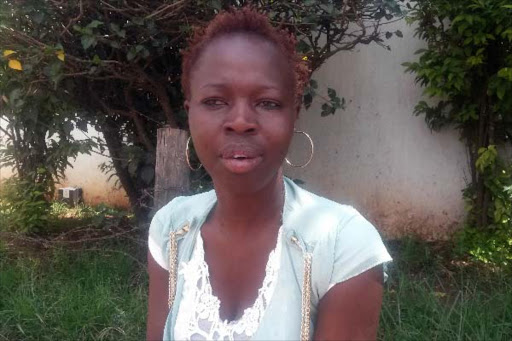 In her younger years, Sophie Otiende and her four siblings had a relatively comfortable upbringing in their Umoja neighbourhood in Nairobi. But all that changed when she turned 13. Her father lost his managerial job, throwing the family into financial tribulations.

Her mother, who ran a small fish business suddenly had to take up the role of breadwinner as her husband earnestly searched for a job, in vain.

“Everything changed for us. Things became so tough that we had to move from Umoja to Kibera then to Kayole,” 30 year-old Sophie remembers.

Despite the hardships, Sophie -a naturally bright pupil- continued to excel in her studies, always topping her class. Interestingly, this is something that worried her teachers, enough for them to implore her parents to transfer her to a different school.

“The headmaster felt that the school offered me no challenge because I had no competition at all,” she says.

Sophie’s parents heeded the headmaster’s advice and found a new school for her -Mukumu Girls Boarding Primary School in Kakamega. They believed it would be a great challenge for Sophie to maintain her consistency as the top pupil, due to the academic prowess of other pupils.

Luckily, Sophie’s uncle resided in Kakamega and her parents were relieved when he accepted to keep watch over their daughter, offering to pay her visits during school open days and hosting her during mid-terms –saving them the costly affair of having to make frequent trips from Nairobi to Kakamega.

In a new environment, Sophie looked forward to the new experiences and the new friends she would make. She was ready to beat her fellow pupils to the number one slot.

But that was not how things turned out.

“I would spend the day performing tasks that my uncle’s wife had assigned me. These included cleaning the house, washing clothes, cooking and taking care of their three small children. I was basically a maid,” Sophie remembers.

With no means of communicating with her parents, Sophie resigned herself to fate and accepted that she would never pursue her academic goals.

“All I had ever dreamed of was to study hard, go to university and get a good job so that I could help my parents educate my siblings. But that dream had been cut short,” Sophie says.

But there was an ever bigger problem that Sophie faced at her uncle’s house. Her uncle accommodated another male relative in the house.

“The man would sexually molest me, in episodes that went on for months,” Sophie painfully remembers.

Even though Sophie contemplated reporting him to her uncle, she dared not.

“The man laughed at me saying, no one would believe me. He said that people would think I was just a city girl seeking attention in a rural village. He also said that it was the only way that girls like me –intelligent and proud- could be disciplined. I was only 13 years old. I believed what he told me,” she says.

Sophie would never leave the house for any reason. She did not play with anyone, but instead spent week after week performing household chores. As luck would have it, his uncle’s wife one day sent her to town to run an errand. While there, she bumped into an old family friend.

“She gasped in shock as she stared at me. She asked why I looked frail, unkempt and unhappy. She became even more troubled when I begged her not to leave me behind and take me home with her. Even though she said she was unable to do so, she assured me that soon, I would be with my mother.”

The following day, Sophie’s mother showed up at her uncle’s house.

“The moment my mother saw me, she broke down in tears. Without saying a word to my uncle, she led me out of the house. I later learnt that my parents would send him money for my school fees, but he would never pay. It was already the third term –I had missed my entire class seven. Not only had my uncle not taken me to school, but they had turned me into a house girl!”

Sophie was reunited with her parents. Her father, still keen on ensuring Sophie returned to school, then called the school (Mukumu) and pleaded with the headteacher to allow her back. The headteacher accepted, but on one condition –that she return to school the following year as a class seven pupil.

“I refused to accept that. Even though I had never attended class seven, I was not going to be left behind by my peers as they moved on to class eight. I negotiated with her and we reached an agreement: I would do the same exams that the class seven pupils had done in their second term, and if I passed, then I would not have to repeat. But if I failed, then I would join class seven the following year.”

When the results came out, everyone was shocked.

“I scored highly –enough marks to have been position two!”

The headteacher kept her end of the bargain and allowed her into class seven.

Two weeks later, Sophie sat for the third term exams with the rest of the class. And she surprised both her parents and the academic staff when she beat all other students to emerge top of her class –having only attended class seven for two weeks in the year.

When Sophie wrote her KCPE exam the following year, she not only topped her school, but was the best female candidate in the province, scoring an impressive 587 out of 700 marks. Her performance secured her a slot in one of Kenya’s best national schools –Kenya High.

But the financial fortunes had not yet changed for the Otiende family. Her father had not been able to secure a job and by that time, all her siblings had dropped out of school for lack of fees.

But a determined Sophie insisted that she wanted to continue with her schooling.

“As much as I understood my parent’s situation, I believed I deserved to complete my education. Seeing how determined I was, my father was forced to borrow money from friends to enable me secure my spot at Kenya High School.”

Two months after all other students had reported to school for their first term, Sophie finally reported to her new school. Sadly though, her father was unable to raise the second term school fees, forcing her to stay at home the entire school term.

When the third term began, both father and daughter were miserable. One morning, her father woke up and asked Sophie to put on her school uniform and pack her things, for they were going to Kenya High School.

“My dad had not a single coin in his pocket, and we walked all the way from Kayole to Kenya High School in Kileleshwa. The moment the principal saw us, she gasped.

“We looked bad. We were dusty, dirty, sweaty, parched and hungry. But my composed dad explained our predicament to the principal. He said I was very disciplined and hardworking girl who only yearned for an education. Without saying much, the headmistress asked my dad to return home and sent me to the hostels and told me to prepare to resume classes the following day.”

As Sophie studied, the principal sought sponsorship opportunities for her, eventually managing to secure one from the African Angels Foundation, which not only paid for Sophie’s education at Kenya High School, but at university as well.

While in school, Sophie reflected on her life and the education challenges that she had faced, and these experiences made her resolve to pursue a career in the education field. Something that many people could not understand.

“Everybody told me to pursue a career as a doctor, pilot or engineer. But I was set on education, and nothing could convince me otherwise. All I wanted was to help disadvantaged children like me get an education. I did not know how I was going to do it, but I knew that having a degree in education was a good starting point.

“I strategised on getting admission to Kenyatta University for an education degree, and was elated when this came to pass,” Sophie says.

While on campus, and with her fees fully sponsored, Sophie engaged in various online writing jobs that helped her earn some income. With her savings she managed to purchase a freezer for her mothers’ business –who sold fish by the roadside in their Kayole neighbourhood.

The freezer worth Sh30,000 now enabled her mother to expand her business and she began selling fish in wholesale. Soon after, she began supplying fish to restaurants.

With the business growing and with good returns, all of Sophie’s siblings were able to return to school.

Meanwhile during campus breaks, Sophie would spend her time volunteering with different NGOs working with youth in Kayole.

“I would participate in youth mentoring programmes, where we would also educate young people on sexual and reproductive health including HIV/AIDS. The organisations would also train youth on business skills and help them identify economic opportunities.”

Graduating with an education degree from Kenyatta University is one of Sophie’s best moments so far.

“I looked back at my life and indeed, my dreams had been realised all because of the kind gestures from people around me –especially my headteachers and my sponsor. The feeling of gratitude, pride and achievement was overwhelming, and I was now more determined than ever to ensure that as many children as possible from disadvantaged backgrounds attend school.”

Since her graduation, Sophie has worked in different organizations, helping them develop education and training programmes for the communities they serve –mainly low income ones.

“I have developed a comprehensive curriculum on entrepreneurial training that educates groups on how to identify business opportunities and grow their businesses.”

Sophie currently works at Awareness Against Human Trafficking (HARRT) Kenya. Incidentally, it is only at HAART that she came to realise that what happened to her at 13 –where she was turned into a maid instead of being sent to school- was actually an act of human trafficking.

She is now more determined than ever to create awareness about human trafficking since it is something that she can personally relate to.

But even more fulfilling for her, Sophie now volunteers at the organisation that sponsored her education –African Angels Foundation.

The man behind the Foundation has helped hundreds of children access an education through personal fundraising initiatives.

“I am now helping the Foundation put in place sustainable structures that can help it thrive without having to rely solely on one individual. I am involved in the development of new projects that will ensure that the Foundation will still be there, helping children, in decades to come.”

Every night Sophie retires to bed, she has a smile on her face.

“I am living a fulfilling life. Helping other people is my joy. I am using all of my life’s difficult experiences to help others, and this is what makes my life even more rewarding.”