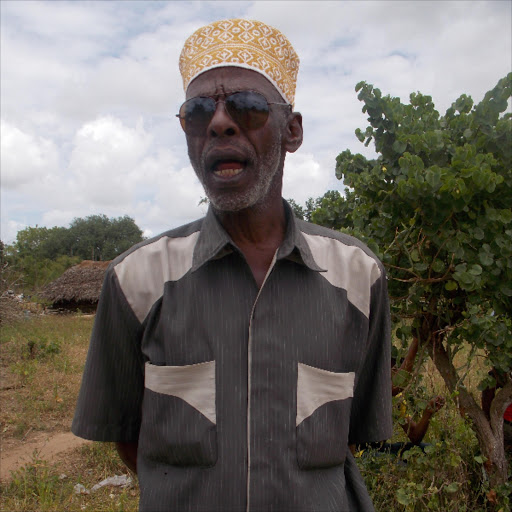 When 154 land owners in Lamu recently walked away as millionaires after being compensated for the Lamu Port, those living on communal lands received nothing.

But to the last hunter-gatherer community at the Kenyan coast, it’s another time to vacate their land empty handed.

The Aweer, estimated to be 3,000 indigenous people today, have lived inside Lamu County’s Boni-Dodori forest ecosystem for hundreds of years.

Their leaders now complain they are being pushed out of their traditional lands to make way for the Lamu Port, without compensation.

“Our lands are not registered and we don’t see that happening either. After all, they treat us like we were outsiders. With the Lapsset however, we are getting more concerned, since some of the lands have already been grabbed by tycoons. We know things will get worse for us when it operationalises. We could as well end up squatters,” says Mohamed Delo, the Basuba ward representative.

He says most land in Milimani, Mangai, Bargoni and Basuba, where the Aweer live, is still unregistered hence denying them legal protection for the land.

The Aweer initially occupied the Witu and Boni forests but they were sent out when the Kenya Defense Forces declared forests a no-go zone following the terror attacks in Lamu last year.

With the construction of the Lamu port underway, speculators are now illegally acquiring the traditionally Aweer land, and await compensation.

An acre of land at the port site was being compensated at Sh1.5 million.

“Many of my people have come to me after losing their lands under dubious circumstances or undue intimidation by government officials and private developers. I have heard of case where one is just told they are on government land and they should move and without asking questions too. It isn’t fair,” says Delo.

Doza Dizo, an Aweer community elder, fears the entire Lapsset project may not benefit them.

“People here take us for nobody. We are not consulted on anything. I have personally witnessed many of my kinsmen losing their lands to people who have interests in the Lapsset. Everyone is happy, but nobody stops to think of us,” he says.

Mohamed Mbwana, a civic leader with the Shungwaya Farmers Welfare Association, estimates that over 70 per cent of the land currently occupied by the Aweer, also known as Boni, will be taken up by the new port.

“Development induced displacement and resettlement, which is actually forced migration in the name of development, is exactly what happened in Lamu with the Lapsset. We forget to consider the fact that people are losing more than the small compensation money can buy; a destroyed culture and way of life,” says Mbwana.

“The region occupied by the Aweer has not more than one primary school in each village. And even then, there are no teachers here. The schools have few classrooms and students in some still take their classes under trees. There is no single secondary school here and so you can imagine how many people here have acquired a simple KCPE certificate not to mention the KCSE one,” says David Kambi, the District Education Officer in Lamu East.

Mbwana says the unique culture of the Aweer is also being diluted. “In Lamu the Aweer have been known to go by two names: Aweer being the preferred name by the community while the more dominant Bajuni tribe has historically tagged them as the ‘Boni’ referring to their movement from place to place. The last title is derogatory,” says Mbwana.

He says the community’s small population has been a drawback because their aspirations are not prioritised by politicians.

When asked what how the county government will ensure communities like the Aweer benefit from Lapsset, Lamu lands executive Amina Rashid said they would carry out extensive land reforms and issue title deeds to individuals.

“We understand why they feel that way but they should rest assured that the Lapsset is for the good of all communities here. We plan to carry out extensive reforms that will see people awarded titles that will enable them protect their lands before the port assumes operation,” said Rashid.

Abubakar Abdu, a member of the Lapsset Steering Committee in Lamu, says:

“They are justified to feel that way considering what they have gone through over the years. But the Lapsset is too big a project and we expect it will accommodate all communities. As a committee we will not stand any injustices but since we haven’t seen anything yet, let’s wait for the project to begin and we shall deal with any misgivings then.”

Abdu says if the government acquires any land for Lapsset or any other project it will do so legally and pay for it.