Severe Period Pain has Been My Normal For 20 Years 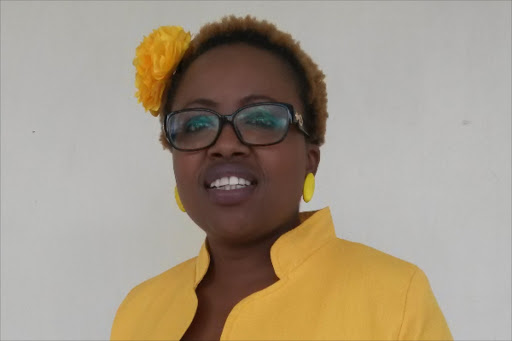 March is endometriosis awareness month, a condition in which the uterus grows ‘inside out’

One of the exciting rites of passage for many young girls is when they receive their first period. And this was no different for 35-year-old Elsie Wandera who at 13 started her menses — signifying her transition from girl to woman. But what she did not know then was that this development phase would be the cause of great anguish for her in years to come.

It all began when she was 15 and a high school student at Loreto Convent Msongari in Nairobi. While her periods had been without major incident since she had started them two years before, they suddenly became an agonising experience for her.

“Every month, my periods would be accompanied by severe abdominal pain that would see me leave class many times to go lay down in the school’s sanatorium,” she remembers.

Elsie goes on to describe the pain she would feel.

“I would feel as though the insides of my abdomen were being knotted, tugged at and pulled apart in all directions. It was as though my abdomen was being stabbed by a thousand knives.”

The pain would cause Elsie to growl.

“The pain is not the kind that will make you scream. No, it is a pain that makes you groan as you hold on tight to your stomach,” she says.

While for most teenage girls the monthly periods are a guarded issue, a personal private affair; this was not the same for Elsie.

“The entire school community would know when I was menstruating. From my fellow pupils to the teachers to the administration. It was something I could not hide and would make me feel very embarrassed. Many are the times that my mother would be called to come take me home,” Elsie remembers.

Every month, Elsie would have her classes interrupted because of the pain. Sometimes, she would have to miss days of school during her period, which would last on average three days.

Even worse was the stigma she would face from her peers.

“My schoolmates would tell me that period cramps were something normal that they all dealt with and could therefore not understand why I made such a big deal of mine. Why did I have to create so much hullabaloo about it? They accused me of being an attention seeker. I found this to be very hurtful.”

After high school, Elsie joined Daystar University. But the pain would only get worse, where she would miss lots of classes each month. All that time, Elsie survived on painkillers. She had become so used to oral painkillers and had now graduated to pain-relieving injections which she would get from a hospital.

Finally, at 26, when the pain became unbearable, Elsie decided to see a gynaecologist.

“The doctor took me through a series of tests, including a laparoscopic exam that gave a diagnosis of endometriosis. In layman terms, the doctor said my uterus was growing ‘inside out’,” remembers Elsie.

In medical terms, endometriosis is a condition where the tissue that normally lines the insides of the uterus grow outside the uterus. The tissues can grow on the ovaries, fallopian tubes, the outer wall of the uterus, intestines or other organs in the belly. Sometimes they can be found in areas beyond the belly. During each menstrual cycle, the displaced endometrial tissue thickens, breaks down and bleeds — as it normally would if it were in the uterus. Because of this abnormality, the time before and during the menstrual period can be a very painful experience. Endometriosis is usually categorized as a long-lasting chronic disease.

During Elsie’s laparoscopy, the doctor also realised that she had an ovarian cyst (endometrioma) that was close to rapturing. An endometrioma is a type of cyst that is formed when the endometrial tissue grows in the ovaries. Following this revelation, Elsie had to undergo immediate surgery to remove the cyst. She was then placed on hormone therapy for the next six months.

“It was great relief for me for those six months because I did not have periods. It felt like heaven. Even though I experienced menopausal symptoms such as hot flashes and mood swings, I embraced them because they were nothing compared to the period pain.”

After the six months of treatment, Elsie’s period resumed. But she was not prepared for what followed next.

“The severe pain was back! I was devastated. I had undergone surgery and hormone therapy for six months, yet there seemed to be no difference! I felt cheated!”

When she returned to the gynaecologist, he informed her that the surgery and hormone therapy was not intended to cure her endometriosis, but to relieve the symptoms and create a hormonal balance.

“I wish he had made that clear to me at the beginning of the treatment because I had been so hopeful that my life would finally be free of pain each month,” a disappointed Elsie recalls.

At that time, Elsie was working in the corporate sector and would miss many days off work during her menses. Thankfully, she had a supportive boss and colleagues who always understood when she had to be away.

Interestingly, the doctor would suggest a solution for her.

“He told me that I needed to get pregnant as soon as possible, or else I would never be able to get a child, that the endometriosis would only get worse with age, and that women with my condition experienced high infertility rates. So in a panic, I decided to follow his advice.”

But it was not easy.

“For starters, sex was always a very painful experience for me. I never enjoyed it at all because my uterus was so sensitive and the act of intercourse would only ignite unbearable pain.”

But because she was scared at not becoming a mother someday, she began nagging her boyfriend about having a baby. But he was not prepared for fatherhood and it could be the reason why after a few months, the couple parted ways.

“I don’t think it’s a good idea for doctors to advise women with endometriosis to get pregnant. Dating couples may not be ready to have a baby yet and this could lead to conflict. If in a marriage, it can put undue pressure on the couple. A child should be a gift, not a solution to pain,” she says.

With surgery, hormone therapy and painkillers not working, Elsie continued to live her life, having accepted the nightmare of her menstrual cycle.

But in 2014, the pain became so bad that she had to go in for a second surgery after tests revealed that she had developed another ovarian cyst that was at the point of rupture.

She underwent the surgery in September last year and was once again placed on hormone therapy for six months. She is just about to complete the treatment and is hopeful that this time round, the period pain will be relieved.

“I will not get my hopes up this time round. I only hope that the pain will not be as bad,” she says.

In October last year, just after the surgery, Elsie decided to make public her journey with endometriosis.

“I have undergone so much pain and suffering for close to two decades. I have however been lucky to have the support of family and friends. It has not been an easy journey though, as it has been wrought with many frustrations, pain, anger, enormous expenses and even lost relationships. I want to walk this journey with other women.”

“Group members share information about endometriosis. We share our own personal experiences and learn from each other. We find relief in knowing that there are other women who have lived their lives with similar pains and experiences. It is a forum where no one judges you, but accepts you,” she says.

The group is just six months old, but it has been an eye-opener for Elsie.

“I have learnt that many women suffer in silence because of the stigma associated with periods. It is termed as a ‘woman’s issue’ and the woman is left to deal with it on her own.

Medical treatment is also very expensive. Consulting a specialist doctor will cost you no less than Sh2,500 per visit. My first hormone therapy dose cost me Sh25,000 monthly, and I took it for six months. The hormone therapy I’m currently on is much cheaper — at a cost of Sh2,000 monthly. My second surgery cost me about Sh300,000. Most insurance providers do not cover for these costs as endometriosis is classified as a pre-existing and chronic condition,” she says.

From the support group, Elsie has also learnt about missed opportunities for women, especially those in the workplace.

“Due to them missing work for a couple of days each month, some women are sidelined from projects or promotions because they are ‘weaklings’ and are deemed to be poor performers,” she says.

Endo Journey 254 is also open to men who want to know more about endometriosis.

“I have come to discover that men who have women around them who suffer from intense period pains always agonise over how to help them. Being in the group and hearing about women’s experiences and the kind of support they would need from their brothers, fathers, uncles and even colleagues helps them a lot,” she says.

Because of the painful sex associated with endometriosis, and even infertility, Elsie says she knows of marriages that have been strained as a result, where some men seek sexual fulfillment outside their relationships.

“In a society that places a woman’s worth on her ability to bear children, it can be very stressful for a woman because of undue pressure,” she says.

Elsie’s plans include giving talks in schools to create awareness among young girls and let them know that severe period pain is not normal and needs to be checked by a doctor.

“It is also important for young girls to understand the issue and not stigmatise girls who experience excruciating period pain as it may make the girl suffer low self esteem issues.”