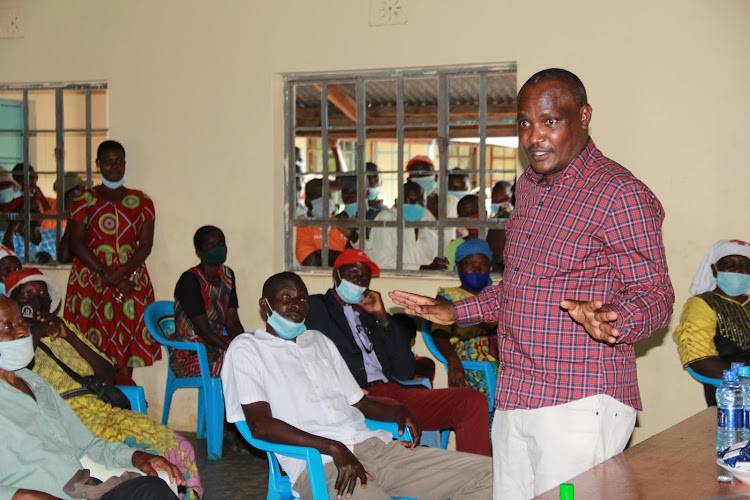 Nyanza Azimio presidential campaign team has warned politicians against any form of sideshow during Raila Odinga’s tour of the region starting Thursday.

Campaign team co-chair John Mbadi said on Tuesday the former Prime Minister and his visitors should not be engaged in local supremacy battles.

The ODM chairman said local party differences should not feature during the four-day visit, which is meant to woo voters in the region.

The region seeks to deliver 95 per cent of the votes, Mbadi said.

“We are telling the people to come out and receive Raila in large numbers. Aspirants and candidates to avoid sideshows, this is Raila function and not theirs, so we don’t expect heckling,” he told the Star on the phone.

Nyanza is one of the Azimio bases where there is stiff competition involving candidates in different Azimio affiliate parties eyeing the same seats.

Mbadi said the former Prime Minister will start his tour on Thursday in Migori county before moving to Nyamira the following day.

“He [Raila] is coming on Thursday. On Saturday he will be in Siaya and then camp in Homa Bay on Sunday,” Mbadi said.

The MP said local politics must take backstage and all politicians restrict themselves to drumming up support for Raila’s presidency.

“Our people should appreciate that this a president that Kenyans are selling across the board and he will come with people who are selling him across the country,” he said.

“The least we would expect is for any mishap in his backyard, those other local issues can be dealt with after he has left.”

This is the first time Raila is retreating to his Nyanza backyard to consolidate the region, which has been his stronghold in his previous bids.

The Azimio candidate has, however, made visits to Kisii and Kisumu since the chaotic nominations that saw a number of disgruntled ODM aspirants opt to contest as independents after the party issued direct tickets to their rivals.

Raila is expected to rally residents to turn out in large numbers to vote for him on August 9.

There is also heightened interest in how he will navigate the six-piece voting pattern call, which has attracted opposition from other Azimio affiliates as well as the growing wave of independent candidates who ditched ODM.

Other Azimio candidates in the region have intensified their campaigns, threatening the Orange party's dominance in the area.

Areas where competition is rife include Siaya, where Senator James Orengo of ODM and UDM’s Nicholas Gumbo are seeking to succeed Governor Cornel Rasanga.

In Nyamira, four candidates in Azimio are running for governor. They are incumbent Amos Nyaribo (UPA), Timothy Bosire (ODM) and Ben Momanyi of Wiper.

The same scenario is replicated in Kisii, where Azimio has Simba Arati (ODM), Chris Obure (Jubilee) and Sam Ongeri (DAP-K).

In Kisumu, pioneer Governor Jack Ranguma (MDG) is out to unseat incumbent Anyang’ Nyong’o, who is banking on the ODM wave in the region to secure his re-election.

Another battle of titans is brewing in Homa Bay pitting ODM’s Gladys Wanga and former Nairobi Governor Evans Kidero, who is running on an independent ticket.

In Migori, Senator Ochillo Ayacko (ODM) is not resting easy following the resurgence of former lawmaker John Pesa of DAP-K, who is also turning into a force to reckon with in the race to succeed Governor Okoth Obado.