Kalonzo is at the centre of the debate to pick a running mate for Raila in Azimio One Kenya coalition. 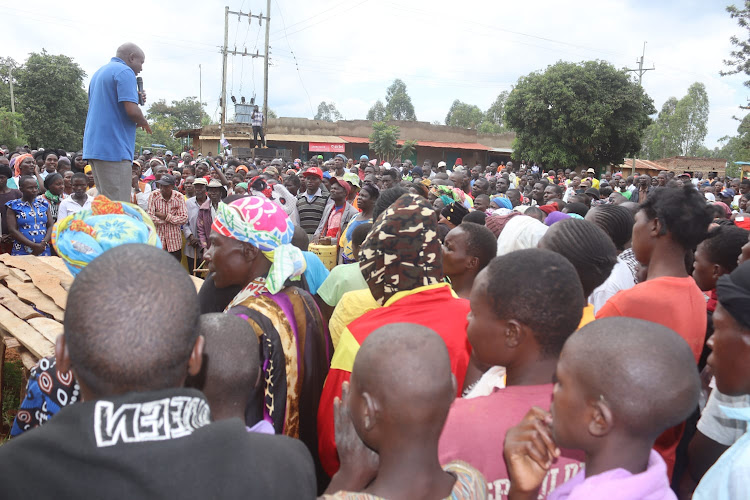 Lugari MP Ayub Savula has said Luhya leaders in Azimio will campaign for presidential aspirant Raila Odinga in Eastern if Wiper leader Kalonzo Musyoka is not ready to cooperate.

Speaking at a funeral in Navakholo on Saturday, the DAP-K deputy leader said Kalonzo should be loyal to Raila.

“We are appealing to the church to pray for Kalonzo so that he stops being a watermelon and loyally support Raila. We don’t want cofusion in Azimio. We want to focus on looking for votes for Raila,” he said.

Kalonzo is at the centre of the debate to pick a running mate for Raila in Azimio One Kenya coalition.

Raila named a seven-member panel to help identify the most suitable deputy for Raila. The committee chaired by former Kwanza MP Dr Noah Wekesa has shortlisted 11 candidates for the post.

Kalonzo has rubbished the process by the committee and said he will sit down with Raila and President Kenyatta to resolve the running mate puzzle.

Savula said Luhyas have resolved to support Raila’s bid because he is the most suitable candidate to succeed President Kenyatta.

He said Luhyas were better placed to ascend to power after Raila in Azimio than through the Kenyan Kwanza route.

The running mate question is the latest headache for Raila and Uhuru.

Kalonzo has warned that it may be difficult for Raila to get Kamba votes unless he picks him as his deputy.