20 students of Maseno School score A plain in KCSE

School deputy principal in charge of academics Peter Nyawach said at least 75 candidates scored A- (minus). 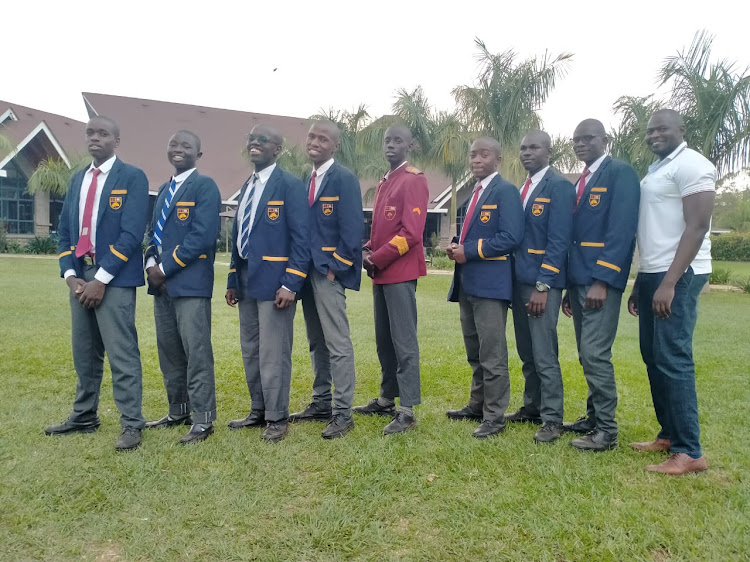 Some of the Maseno School candidates who sat 2021 KCSE examinations with their class teacher Caleb Olango.
Image: MAURICE ALAL

Maseno School in Kisumu is celebrating excellent performance in KCSE with over 20 candidates scoring A plain.

The school had registered 547 candidates for the exam.

School deputy principal in charge of academics Peter Nyawach said at least 75 candidates scored A- (minus).

"We had a big number of candidates of 547 this year compared to 467, which is an increase of almost 80 students. We are optimistic of good performance when we shall receive all the results of the candidates," Nyawach said.

Nyawach said four of their top candidates have a mean grade of 84 points and one candidate under the special category, Stanley Otieno, was ranked position three nationally and underage.

Last year, the school had 24 candidates with A plain.

The deputy principal attributed the good results to hard work, teamwork, dedicated teachers, parents and very disciplined candidates and calmness even during turbulence.

Last month, the school chief principal Peter Owino said they were expecting to post good results in KCSE.  He said they had 28 examination rooms with all invigilators to ensure the exercise ran smoothly.

"We were very optimistic and confident of meeting our target because the candidates were well prepared and ready for the exams,” Owino said.

The chief principal said they completed the syllabus on time and subjected the candidates to various tests.

Owino lauded parents and teachers for teamwork, which played a key role in preparing the candidates for the examination.

Maseno, a national school, took position one in the 2020 KCSE examinations in the Kisumu county ranking of schools. The school had a mean score of 9.58.