•Ruma is the only national  game park in Kenya with a rare species of antelopes known as roan antelopes. 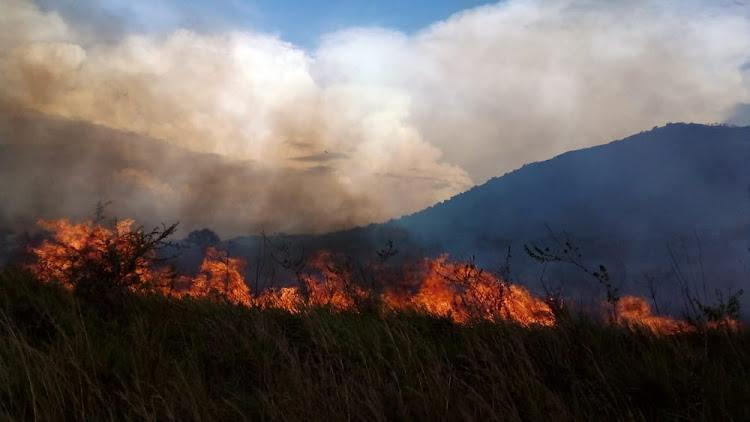 A section of Ruma National Park that is on fire in Ndhiwa constituency on April 11,2022
Image: ROBERT OMOLLO 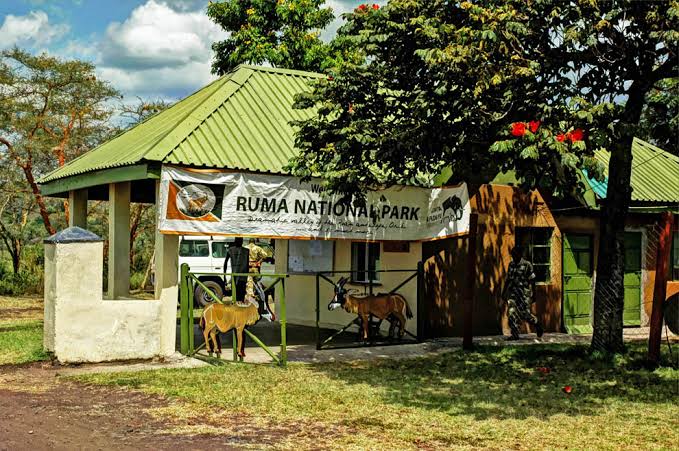 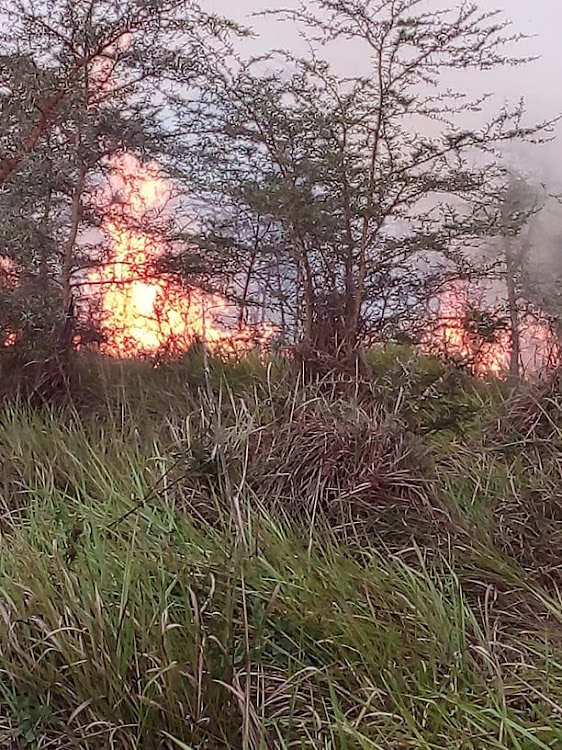 Some wild animals have scattered  at Ruma National Park after a fire outbreak  in parts of the Homa Bay park.

The inferno broke out on Sunday at Kor Lang’o area in Kwabwai ward, Ndhiwa constituency, at about 11pm before it spread to other areas in the park.

The fire spread to Rachar and Sigama areas in Ndhiwa and Olando in Suba South constituency.

The inferno scared away some animals like hares and deers .

Wild birds which lay eggs on the ground were also at risk due to the fire which consumed their eggs.

During dry seasons like this, many farmers around the park clear their farms using fire and it is suspected that the inferno might have emanated from one of the farms.

Ruma is the only game park in Kenya with rare species of antelopes known as roan antelopes.

However, the section where roan antelopes stay was not interfered with since the affected areas were away from their habitat.

Lilan said the fire was being contained and there was no cause for alarm.

“The precious wild animals are out of danger because  the fire is under control. The fire which is remaining is sporadic and manageable,” Lilan said.

The administrator told residents living around the park to avoid lighting fires near the park.

“Let farmers and people living around avoid lighting fire near the park. The prevailing dry weather is a recipe for fire to spread to unwanted places,” Lilan said.

Speaking on Tuesday, the administrator said his office is going on with sensitisation in the area to enlighten residents on  protection of wild animals.

Ruma is considered an important tourist attraction  resource for attracting  in Western Kenya.

It is the only  national game park found in Nyanza.

Apart from the roan antelopes, the park has rhinos, zebras among other wild animals which attract tourists.

Forest fires have in the past few days destroyed 16,000 acres of moorland in Mt Kenya.
News
10 months ago

In February, a new report warned that wildfires are set to become more intense and frequent.
News
10 months ago