Cash crisis rocks counties as Treasury yet to release Sh55bn

In the current financial year, the units were allocated Sh370 billion in equitable share. 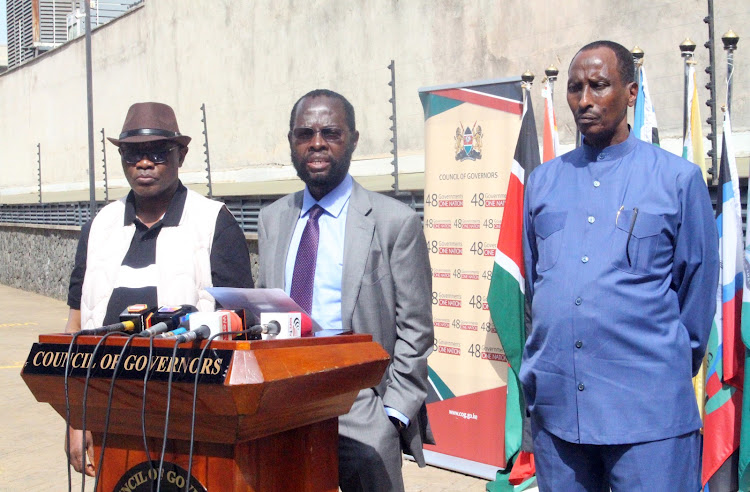 Counties are in a cash crisis yet again after revelations they have not received funds from the National Treasury amounting to Sh55 billion.

The Star established the devolved units last received exchequer disbursements in March, triggering a  that has threatened to affect operations.

“Counties are still crying. They have received funds for the month of March but April and May are outstanding,” Controller of Budget Margaret Nyakang’o said.

On average, the 47 counties receive Sh27.5 billion every month, meaning that for the two outstanding months, they are owed Sh55 billion, with only 41 days to the end of the financial year.

The crisis could be a pointer to bigger cash flow challenges in government with the National Treasury previously admitting experiencing cash challenges.

Debt repayment and low revenue collections by the taxman, worsened by the Covid-19 pandemic, have been blamed for the cash crisis in government.

Speaking to the Star on Thursday, Nyakang’o said the counties are surviving on additional allocations, previously known as conditional grants.

“The reason why counties have not raised their voices so much is that there are conditional grants they are receiving after the additional allocation bill was passed and operationalised,” she said.

“They (counties) have been focusing on the additional allocation and they are forgetting the main equitable share.”

In the current financial year, the 47 devolved units were allocated Sh370 billion in equitable share.

Last month, the Council of Governors through its vice chairman James Ongwae (Kisii) said the counties had not received Sh148.39 billion.

“We are concerned by the violation of the law and the perennial delays in disbursement of the county equitable share by the National Treasury,” Ongwae had said.

He said while Kenyans continued to demand services from counties, the national government operations remain uninterrupted as county services are paralysed and nearly coming to a halt.

Ongwae further said, despite the counties having been allocated Sh370 billion, only Sh221.6 billion had been received by last month.

Nairobi, Nakuru, Turkana, Kakamega and Mandera get the lion's share
News
7 months ago