Lobby groups to picket at KRA over tax dispute with Keroche 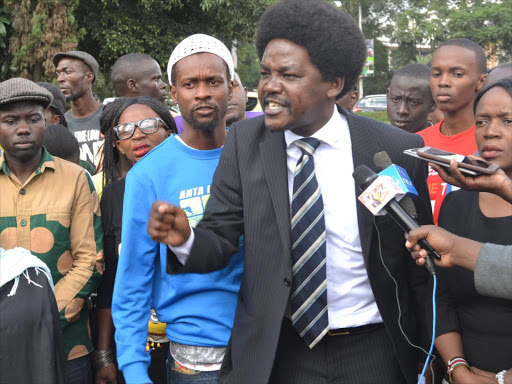 Civil society groups are planning to hold demonstrations at the taxman’s offices in Nairobi over its row with Naivasha-based Keroche Breweries.

The groups gave the Kenya Revenue Authority one week to get into talks with the brewer or else they start camping at their Times Tower offices.

The ultimatum came hot on the heels of a statement issued by KRA that it will not reopen Keroche Breweries.

More than 400 workers at the troubled company, have petitioned President Uhuru Kenyatta to intervene in the ongoing row.

The civil society groups on Thursday asked commissioner general Githii Mburu to get in touch with Keroche CEO Tabitha Karanja with the view of finding a solution to the row.

The chairman of Tax Justice Lobby Edward Githaiga said they will mobilise members to camp at the KRA offices until fresh negotiations between KRA and Keroche Breweries commence.

“We need to protect businesses and help them grow; not to close them. We are offering to be the middle people who will bring KRA and Keroche on the table,” he said.

KRA is accusing the brewer of disregarding a deal to stagger payment of a disputed Sh22.79 billion and failing to pay duty after it lifted the blockade on the plant in March.

Mburu said Keroche has failed to pay a cent in duty from beer sales since its March reopening.

In March, the brewer was offered 24 months to clear tax arrears amounting to Sh957 million, which are undisputed.

Karanja however said the latest closure of the brewer was as a result of failure to remit only one instalment of Sh30 million in April.

“The company still requests for a moratorium to have a head start and for reorganisation of finances both internally and externally, for operations and tax payment going forward,” she said on Twitter.

On Thursday, Bunge La Wananchi president Collins Nganira accused KRA of high-handedness in the way it deals with local entrepreneurs.

“International firms are not treated the same way local industries are handled. There is a lot of high-handedness when KRA is demanding taxes from local firms yet they are also employers of the Kenyan people,” he said.

Tax Justice Lobby vice chair Livingstone Ngugi said Karanja is being harassed because she is allied to Kenya Kwanza.

“She going through all this because she is not supporting the candidate being fronted by the government,” he said.

The group further censured Uhuru for refusing to sign into law the controversial Information Communication Technology Practitioners Bill, commonly referred to as the ICT Bill.

While assenting to other bills presented to him at State House, Nairobi on June 21, the President sent the ICT Bill to Parliament with a memoranda.

He asked the House to listen to practitioners and put into consideration their concerns.

Ngugi however said the bill went through public participation and had the input of stakeholders.

KRA on Tuesday defended its decision to close down Keroche Breweries.
News
5 months ago
“WATCH: The latest videos from the Star”
by ALLAN KISIA Political Writer
News - Page 8
23 June 2022 - 23:00