• Kenya is well-endowed with agro-biodiversity with more than 200 African indigenous vegetables species.

• Out of the 200 indigenous plant species used as leafy vegetables, only a few have been fully domesticated and a number semi-domesticated, while most are wild. 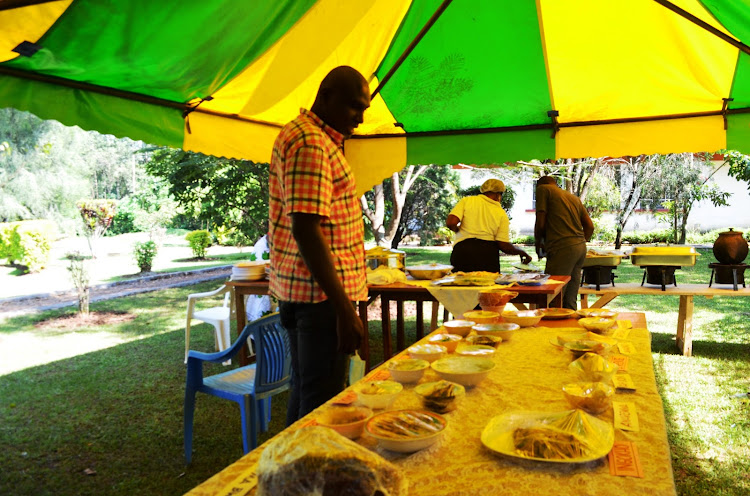 Traditional foods are increasingly recognised as a healthy, sustainable and cost-effective alternative to address micronutrient deficiencies that affect multitudinous people.

Indigenous and traditional foods are are native to a region or have been historically produced in a region.

Kenya is well-endowed with agro-biodiversity with more than 200 African indigenous vegetables species. According to research, out of the about 200 indigenous plant species used as leafy vegetables in the country, only a few have been fully domesticated and a number semi-domesticated, while most are wild.

Unfortunately, despite the aforesaid assertion, most native Kenyan foods fell off the food supply during the colonial era, when new and more marketable crops such as maize and wheat became the most preferred over traditional foods such as sorghum, millet, cassava, cowpeas and green grams.

What’s more, most research investment has prioritised commercially-high value crops such as maize, wheat and rice with minimal attention given to the native foods.

Despite minimal research attention, ITF are often well adapted to the local environment, are less affected by disease and pest problems, and have the potential to contribute to a more stable food supply system in areas with harsh agro-ecological conditions in Kenya.

Foods such as sorghum, millet and cassava are drought resistant and perform relatively well in dry regions compared with maize and wheat.

Notably, investment in the production of traditional foods is still in its infancy and little is known about their effect on household food security in Kenya.

Estimates show that 26 per cent of children under the age of five years in Kenya are stunted, 11 per cent are underweight and four per cent are wasted.

Only 20 per cent of young Children's diets meet the WHO-defined minimal acceptable diet. Over 27 per cent of women of reproductive age are anaemic, while 23 per cent of them are overweight and 11 per cent are obese.

These findings clearly show the emerging double burden of malnutrition in Kenya. ITF have the potential to contribute to improved dietary diversity and reduce risk of malnutrition among various populations in Kenya.

Globally, three staple crops ­– rice, maize and wheat – account for more than 50 per cent of calories consumed. In many parts of the world, these grains, and some vegetables, have replaced traditional fare because they are cheaper to grow. But local foods are often hardier and more nutritious than their exotic counterparts.

Finger millet, for example, used to be widely consumed in western Kenya but the cereal crop has slowly been replaced by rice and maize.

Conclusively, in the face of the ongoing debate on genetically modified organisms foods, the government and responsible stakeholders should create more consumer awareness about the nutritional benefits of indigenous vegetables and to change perceptions that exist in our communities in a simplified manner.

It is thus our shared responsibility to join hands and contribute to the transformation of our food system by diversifying our crops and diets to insure ourselves against the increasing price of food commodities.

The authorities say maize rarely gives good yields due to poor rains in the county.
News
2 months ago

•Kenya is in the grip of drought but smart farming with drought-resistant indigenous crops could be much of the answer answer. • Small-scale farmers ...
Counties
3 months ago

The discussion comes a few days after the state lifted a 10-year ban on GMOs.
News
3 months ago
Post a comment
WATCH: The latest videos from the Star
by JACKSON NGARI
Star Blogs
18 January 2023 - 05:00
Read The E-Paper