Kenya is ranked 128 th out of 180 countries for corruption, tied with seven other countries. 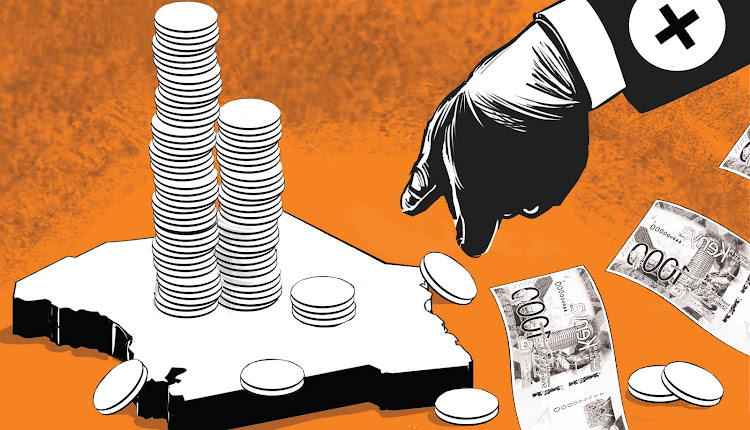 Widespread Corruption in the public sector, largely perpetrated by public officers has been a critical area of focus in the fight against corruption for decades.

A lot has been done by different actors in regard to combating it from different perspectives; legislation, governance, whistleblowing and even convictions.

It is not yet enough to say that we have made significant progress in wiping out the widespread corruption in our public service.

In a dynamic socio-political system, today, corruption in public service takes a new frontier making the existing efforts to overcome it seem futile and difficult to weed it out.

According to the corruption perceptions index 2021, Kenya is ranked 128 th out of 180 countries for corruption, tied with seven other countries (the least corrupt countries are at the top of the list).

Further, the EACC 2020/2021 annual report has established that out of 2,029 reports within the mandate of the commission recommended for investigation; 31 per cent are related to bribery, 21 per cent to embezzlement of public funds, 11 per cent to public procurement irregularities, 10 per cent unethical conduct and nine per cent to fraudulent acquisition and disposal of public property.

This is a representation of how rotten our public service has become.

Corruption prevention mechanisms always start with putting in place regulations and enforcement of strict adherence to the rule of law that guides all actors.

Kenya has made enormous efforts to come up with legislative measures, establish independent bodies as well as build the capacity of institutions that are to ensure its enactment.

This is to ensure that they stay ahead of the curve, in the war against graft.

However, impunity always carries the day.

The vast majority of the cases investigated by EACC take long in courts, delaying the administration of justice.

Justice delayed is as good as denied.

Nobel Prize laureate Rigoberta Menchú said it all with regard to impunity, “Without strong watchdog institutions, impunity becomes the very foundation upon which systems of corruption are built. And if impunity is not demolished, all efforts to bring to an end corruption, are in vain".

It’s not the right time to question the strength and practicality of the institutions we have in place but rather the individuals we have entrusted to execute their mandate.

We say no to impunity and it will be the end of the ‘monster’ that has forced our public service to wilt under its misfortunes.

The irreducible should always be let everyone carry their own cross.

Public officers should adapt and adopt an open and honest communication policy both in the workplace and outside.

There are policies in place to promote this.

For instance, wealth declaration for civil servants is one of the initiatives spearheaded by the EACC in an effort to curb corruption and promote ethics and integrity in public service.

The imitative is backed by The Public Officer Ethics Act, 2003, which requires all senior civil servants in Kenya to declare their wealth and subsequently outlines the penalties for not doing so.

This promotes transparency and honesty in our public service and ensures public resources are protected from theft by the very officers entrusted with them.

The act also deals with the issue of conflict of interest which prevents public officers from engaging in corruption.

The first win in the fight against corruption will definitely be informed by the amount of effort an individual spends in saying No to corruption.

The Government of Kenya has undertaken several major and recent E-governance initiatives to improve its service delivery.

This cuts the tedious bureaucratic process that gives corruption a thriving ground and guarantees effective service delivery in our public service.

Thee-government solves many problems but the most remarkable one remains, reducing the interaction of public officers with the customers (Citizens) and keeping corruption at bay.

ICT can also be used to promote integrity in public procurement and management of public finances and resources, facilitate access to public tenders and simplify administrative procedures that grant corruption easy infiltration.

Public service should promote access to information by members of the public.

Both the private and public sectors should make information accessible to all stakeholders i.e., EACC, Media outlets, ODPP, DCI, citizens among others.

Information will always be the powerhouse that links public service and the citizenry.

Practically, in Kenya today access to information is tedious.

A result of the long bureaucratic process involved.

For example, if a reporter seeks information regarding a matter of public interest from a government institution, they might end up abandoning the story simply because the office has withheld information or the process of acquiring the information will take longer than the time the story remains relevant to the public.

It will interest you to know that public officers have developed a non-disclosure culture for a long time.

The government should put in place clear channels that will ease access to information in every public office or reform the existing ones to meet the needs of the growing public demand.

Stringent monitoring and oversight of our public service.

This could be in form of regular auditing and transparency measures that provide information that will hold public officers accountable.

There are institutions that are working round the clock to ensure our public officers are put to task.

However, much has to be done to ensure the floor is fully carpeted.

For instance, the Public Service Commission is mandated by the constitution to monitor, evaluate and investigate the personal practices of the Public Service, it’s high time we start using robust well-defined, result-oriented investigation, monitoring and evaluation mechanisms to oversee service delivery and minimal or no corruption in our public service.

Currently, much of the monitoring, oversight, auditing and investigation activities are limited to top ministerial, state departments and corporations leaving the entire public service out of the scope unless there’s a need to do so.

As much as the majority of people adhere to the rule of law. The fight against corruption should at all times remain the priority of each citizen if we are to really have an effective, transparent and reliable public service.

Only with these pragmatic approaches, can the continent record wins against widespread corruption in our public service.

Ahmed Sadik is a Governance expert

Post a comment
WATCH: The latest videos from the Star
by AHMED SADIK
Star Blogs
11 January 2023 - 17:09
Read The E-Paper