It behoves county governments to put the citizens’ voices at the heart of their plans. 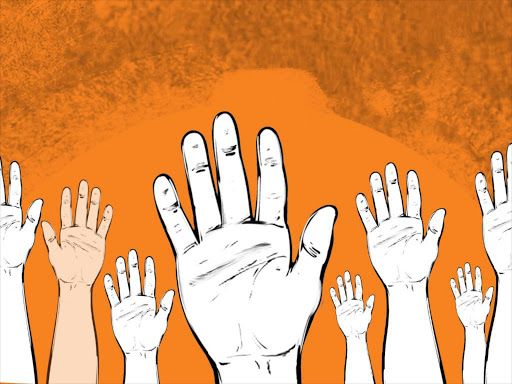 Four months ago, Kenyans ushered in new leadership at the county and national levels.

47 governors took charge of the country's devolved units after taking the oath of office.

According to Kenya’s Constitution 2010, county governments and national governments are both independent and interdependent.

One of the national ideals and governing concepts included in Kenya's 2010 Constitution is public participation.

Article 10(2)(a) of the Constitution states that the national values and governing principles include patriotism, national unity, power sharing and devolution, the rule of law, democracy, and public participation.

As the new county governments settle in and plan on what they will accomplish in the next 5 years, it behoves them to put the citizens’ voices at the heart of their plans.

The development of County Integrated Development Plans should be informed by insights and evidence gathered from citizens in the county.

County Integrated Development Plans is a detailed 5-year plan that all county governments are required to develop and implement through the annual budgetary allocation in accordance with the County Government Act of 2012.

The CIDP's primary goal is to coordinate, direct, and support county-level development.

The Constitution mandates that integrated development planning informs the development of annual budgets at both levels of government.

It also directs that no public monies should be appropriated without a planning framework.

This method of planning should involve all of the county's residents in identifying the priorities for achieving positive long-term development.

CIDP coordinates the efforts of local and other sectors of government into a cogent strategy to enhance the standard of living for everyone residing in the county.

Nonetheless, citizen-led development is yet to take root in some parts of the country, a decade after the birth of devolution.

A circumstance brought on by the absence of citizen priorities and voices in the planning processes.

The county governments have not been successful in implementing a sustainable, effective and efficient public engagement system as envisioned by The Constitution of Kenya, 2010.

Although counties are still engaging the public in discussions about various policies and development agendas, the jury is out on whether the opinions and priorities of the general public are taken into account.

The public participation events have for long largely been rubber stamping exercises.

But not everything is lost.

It's upon the County authorities and non-state interest groups as well as organised citizens to work together for a more perfect public participation approach that truly places the voices of citizens at the centre of decision-making and development.

This should ideally cover the entire cycle starting from priority setting, budgeting and social auditing of projects initiated and services provided.

In order to listen to their residents effectively and on a large scale, counties should deploy unique and inclusive approaches and leverage technology.

The 5 years County Integrated Development Plans - ten years after the onset of devolution - should be firmly built around citizens’ priorities and insights.

Post a comment
WATCH: The latest videos from the Star
by SAMUEL KIMEU
Star Blogs
27 December 2022 - 20:50
Read The E-Paper