Murkomen did not give way forward for SGR operations, rather seemed too comfortable to table the contracts

•If the previous government failed on SGR, then CS should give hope to Kenyans either to renegotiate the loan or repay in phases as the economy grows. 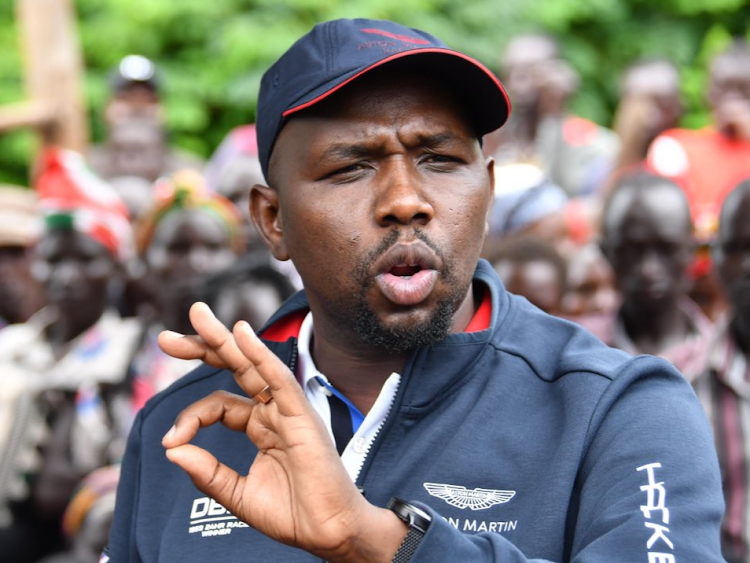 Roads and Transport CS Kipchumba Murkomen during a past event.
Image: FILE

Since the Kenya Kwanza government came to power, top government officials among them Cabinet Secretaries have been giving roadside directives that are sending wrong signals to the public.

Minister of Road and Transport counterpart Kipchumba Murkomen made the SGR contract public but not giving details on the most controversial part of collateral details.

Not to be outdone, the Trade CS declared that government will ban the sale of mitumba (second-hand clothes).

Education CS was dead wrong on public universities funding.  Public universities and other tertiary institutions contribute to social and economic development through the formation of human capital and the building of knowledge through research.

Road and transport CS made public SGR contracts. However, it seemed like public relation stunt because he did not tell Kenyans about the collateral details.

Many Kenyans fear that the port of Mombasa might have been given as collateral and if the country fails to pay the Chinese loan, the Mombasa port can be taken.

The  Hambantota Port, in Sri Lanka which is on the busy Indian  Ocean shipping routes, was not profitable for  Sri Lanka.

The Sri Lanka government defaulted on the Chinese loans. China foreclosed, taking over the port's operations and the 15,000 acres of land in 2018 on a 99-year lease.

The Transport CS did not give the way forward for the operations of SGR, rather he seemed too comfortable to table the contracts to prove that the previous government failed.

If the previous government failed on SGR, then CS should give hope to Kenyans either to renegotiate the loan or repay in phases as the economy grows.  If that’s not done it can be concluded that the Transport and Roads CS is playing “piki piki ponki “(gambling) with the SGR issue

CS’s and any other senior government officials' directives should have gone through the cabinet.

The cabinet makes and directs government policies about national issues. With all these mix-up statements by CSs, it seems there is no clear pathway for major policy decisions.

Alternatively, it seems some of the cabinet secretaries still think they are in political rallies and in typical Kenyan style they imagine voters what to hear and see who speaks loudest.

The government needs to roll its sleeve and work. There are urgent matters like drought which need short and long-term mitigation factors.

The said  CSs' outbursts prove that it is dangerous to entrust key sectors of education, security, road and transport and health to politicians who do not have expertise in relevant fields.

In addition, the verdict is out that once a politician always a politician. Kenyan politicians will think and behave politically all the days of their lives.

On a lighter note, some of the CSs are behaving like children whose parents have bought them new clothes and they want every person who cares to know they have new clothes.

For economic and social prosperity, the Kenya Kwanza government needs to have a clear vision for the country. At the moment it seems there’s no clear-cut pathway towards Kenya’s walk to economic recovery.

Post a comment
WATCH: The latest videos from the Star
by MARTIN OLANDO
Star Blogs
10 November 2022 - 07:51
Read The E-Paper