ILIYA: Will US ‘take back’ Horn of Africa through Somaliland? 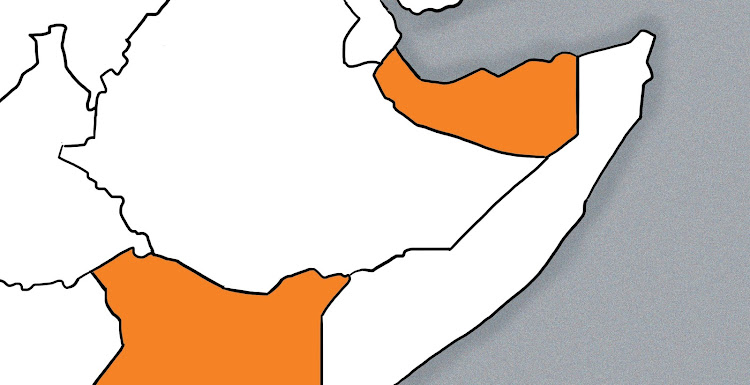 America’s influence is waning in the horn of Africa. The world superpower, it seems, has allowed China to make inroads in the region unchecked.

Chinese companies have set foot in Kenya, Uganda, Tanzania and Ethiopia. They are building roads and bridges, railways and buildings, airports and seaports.

America is still operating unfazed by all this. I don’t know what trick they are playing. Maybe they have one up their sleeve. Even so, in my humble opinion, it is high time they flexed their muscle if they do not want to lose their influence in the horn.

I could be mistaken but I think they may have already started. In March 2022, Somaliland’s President Muse Bihi travelled to Washington DC and met with members of Congress, the Senate and the Executive.

Somaliland is located on the coast of the Gulf of Aden, neighbouring Djibouti to the north and Ethiopia to the west. Somaliland seceded from Somalia in 1991 after the overthrow of military dictator Siad Barre.

Though not fully recognised internationally, Somaliland has a working political system, government institutions, a police force and its own currency. The country has also been peaceful since seceding.

President Bihi had been invited by the Heritage Foundation to give a keynote address on the potential of stronger ties between the US and Somaliland.

This trip was of tremendous importance for a reason. A general election is coming up in Somaliland. After achieving its political, economic, and diplomatic goals in Kenya, Uganda, Ethiopia and Djibouti, China has set its eyes on Somalia.

President Donald Trump withdrew the US military from Somalia in January 2021. China saw an opportunity and moved swiftly to fill the void left by America. Michel Rubin, an American political analyst, concluded as much, writing in June 2022: “This may now be moving up to China calculus.” Somalia is strongly entertaining China’s overtures.

In March 2021, China gave Somalia 20 off-road vehicles, five field ambulances, and 22 mine detectors, together with $5 million, in military assistance.

Chinese Ambassador to Somalia Fei Shengchao said, “This is a strong sign of the historic and amicable connections between our two nations, which is traceable to centuries ago.”

Methinks, China’s persistent efforts in the region have awakened the US, thus, the meeting with President Bihi. Many Horn of Africa geopolitical experts, myself included, concluded that President Bihi’s visit was meant for more than what meets the eye.

Michael Rubin, a senior fellow at the American Enterprise Institute, who comments on Iran, Turkey, the Horn of Africa and the broader Middle East, says Bihi’s trip to the USA focused on several agendas that included curbing China’s influence and its expansion into the Horn of Africa, establishing a US navy base at Berbera in Somaliland, and, more importantly, Somaliland’s upcoming presidential election.

Somaliland is the only country in this part of the world that is unreservedly working in tandem with American interests. In fact, Somaliland has established diplomatic relations with Taiwan against China’s wishes. China claims Taiwan as its territory. This is Somaliland’s way of showing that it is firmly in team USA.

It is therefore in the interests of the United States that the person who succeeds Bihi is someone they can work with, someone who will not cajole China.

Dr Mohamed Abdi Gaboose, the flagbearer of the newly established Barwaaqo political party, and an ally of USA fits the bill. He is their man. His liberal ‘American’ ideas shone when he served in Somaliland’s cabinet at different times in the 1990s and 2000s.

Abdirahman Abdilahi Irro, the presidential candidate of the Wadani Political Party – the main opposition party – has openly made pro-China remarks, promising during his party's general assembly in November 2021 to cut ties with Taiwan and establish relations with China.

Sources say that America’s CIA is in possession of classified material revealing China’s intention to meddle in the politics of Somaliland in support of Irro.

If true, America must act to stop it. The USA has not been very aggressive in opposing China's influence. They can no longer do that. Or, let me say, they should not do that.

Post a comment
WATCH: The latest videos from the Star
by ILIYA FELIX
Star Blogs
02 November 2022 - 11:15
Read The E-Paper