ALL ABOUT THE FANS

Ng’arua Kamuya: Why Kenyan rugby is unable to attract sponsors

Since Muthee’s exit from the game, the Union has had a handful of corporate sponsors, most notably betting company Sportpesa.

• I am of the view that both club officials and the union officials got comfortable and felt entitled from corporate Kenya.

• For these players to be remunerated by the game they so love, we need to focus on the fan at all times. Only then will we attract the money we need to run the sport. 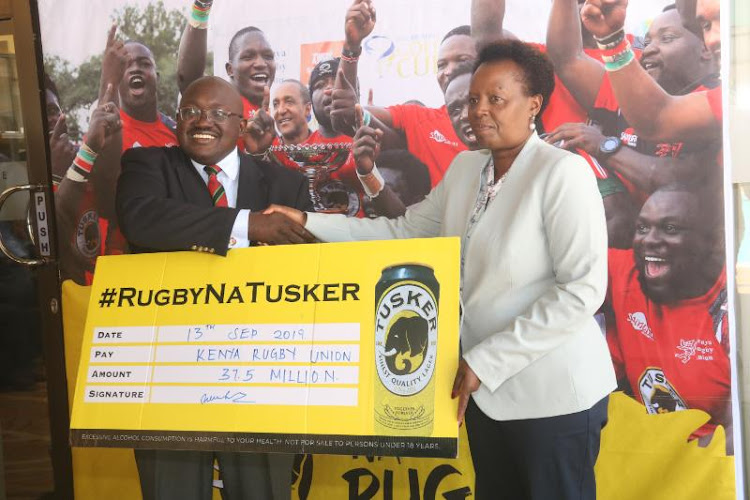 A story is told of a lunch hosted by the late President Mwai Kibaki some time in 2011.

He informed them that at no time did the Union ever go to the government, bowl in hand, to ask for money to run their operations. I have always held the opinion that Muthee’s biggest plus was his biggest minus.

He brought a lot of money to the game, and as the saying goes, give a man money and you will know his true colours, for all of rugby’s problems, both at club and country, started when money came in to the game.

Since Muthee’s exit from the game, the Union has had a handful of corporate sponsors, most notably betting company Sportpesa. However, a large chunk of their budget has been met by the government, through the Sports Fund. The question to ask then is where did rugby go wrong?

I am of the view that both club officials and the union officials got comfortable and felt entitled from corporate Kenya. They fail to understand that the reason corporate Kenya supported rugby the way they did was because rugby was a crowd-puller.

We have a bunch of club and national officials whose only contribution is “you know in our days we were not paid”. To this I have answered that “well also know your competitors were not being paid, but that is not the case now”.

There is also the fact that a number of these club and national officials are more focused on the “side hustle” rather than the big picture. Recently, new Chelsea owner Todd Boehly was asked what keeps him interested in team ownership. He said that at all times, he remembers about the fans of the club and that is what drives him in team ownership.

For any sporting organisation in the world to attract sponsorships, fan engagement and fan experience have to be at the centre of that organisation. The two sports pulling in the big corporate bucks currently are golf and the Safari Rally.

Do not be mistaken to think that the reason for this is anything other than the eyeballs these sports attract, and that is what rugby is missing.

Of course, there is a problem on the corporate Kenya side as nearly all in charge of marketing budgets know absolutely nothing about sports, but the bigger issue is our administrators do not know how to speak the marketing language.

Do not get me wrong, there are a number of officials who are switched on about how things are supposed to be run in the sporting world, but most of them are still stuck in the glory days, refusing — completely — to adopt to the new way of doing things. In the end, it is the players who suffer.

For these players to be remunerated by the game they so love, we need to focus on the fan at all times. Only then will we attract the money we need to run the sport.

The writer is the CEO of 270 Sports and a partner involved in commercial & tax law at BMN Advocates.

MMUST and Kabras had been handed a bye and their matches will begin this weekend at the quarterfinal level.
Sports
1 month ago

Ngovi further noted that the facilities at the Impala are in good shape ahead of the tournament.
Sports
1 month ago

Ooro led a resurgent Strathmore Leos outfit side that finished third overall in the circuit.
Sports
1 month ago
Post a comment
WATCH: The latest videos from the Star
by Ng’arua Kamuya
Star Blogs
01 November 2022 - 13:52
Read The E-Paper